Members of the UCC Cuba Study Seminar were invited to worship Sunday, Jan. 24, with some long-time friends in Cuba. The congregation of the Iglesias Bautista Ebenezer church and Martin Luther King Center in Mariano, one of Havana's 15 districts, welcomed the group as family at the noon service. It's no wonder, since the church and its MLK community center have been a stop on the UCC study tour since its founder, the late Rev. Ted Braun, became compadres with the church's founding pastor, the Rev. Raul Suarez. 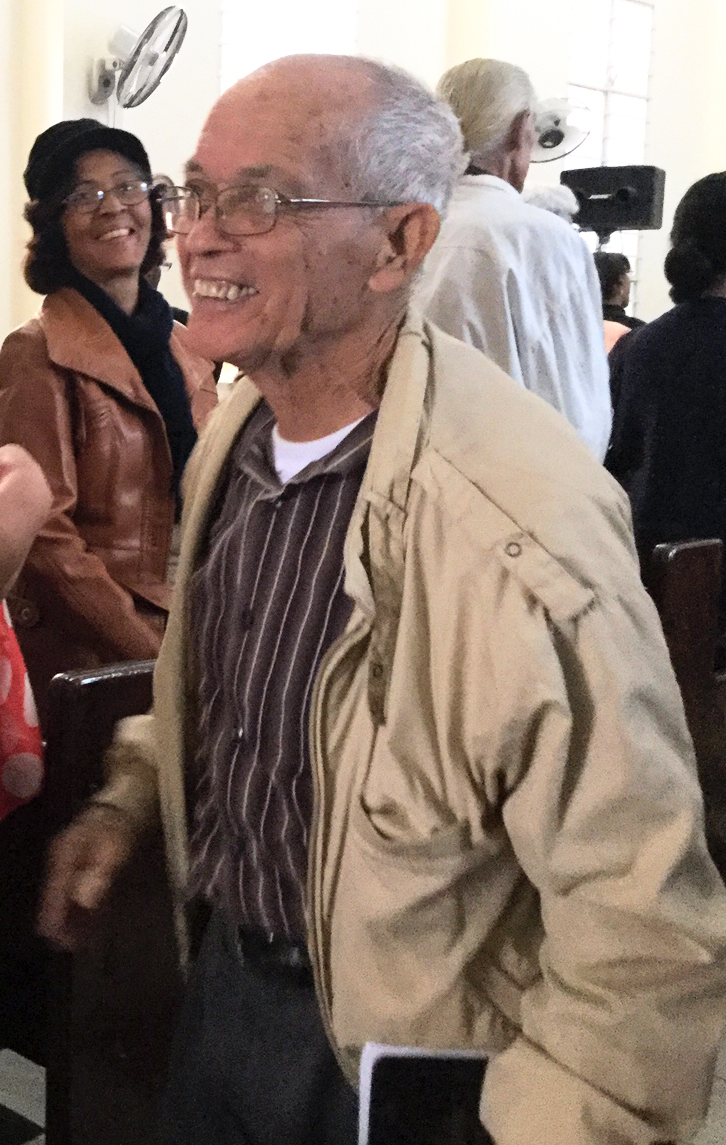 "This is a church that always welcomed Ted Braun and the UCC members he brought with him to Cuba with open arms. It's a relationship that goes back 30 years," said Suarez. "From the very beginning, we understood we had very much in common in the emphasis that he made on the kingdom of God and having a church that put people first. That's why we became very good friends."

"In the 36-year history of the UCC Cuba Study Seminar, the relationship nurtured with Raul Suarez has become a critical and treasured component of understanding," said the Rev. Tom Warren, pastor of Peace UCC in Greensboro, N.C., and seminar organizer. "He helps seminar participants see the intersection of Cuban revolutionary ideas and gospel ethics."

Suarez, who is a former member of the National Assembly of Cuba (elected in 1993 and re-elected in 1998) and president of the Cuban Ecumenical Council from 1987 to 1991, was glad to meet with the group and was interested in talking with the UCC travelers about the new round of diplomacy emerging between the United States and Cuba.

"We are very happy for your visit," Suarez said. "This is a very important moment for the people of both countries. After 54 years, our governments decided 'to have a talk' and brought great happiness to the Cuban people. They've taken big steps since Dec. 17, 2014. Embassies in both countries are open, but the main task is not done. [The United States] has to lift the blockade against Cuba."

Suarez told the group that there are many Americans who want to invest in Cuba -- and there are 500,000 small, private businesses supported by families in America in favor of normalization of relations. He pointed to the 10 to 15 flights coming into Havana from the United States every day, and noted that those charter flights are full.

But he, like many Cubans, remains apprehensive about the looming November elections. "We hope and trust the American people make a very wise decision in the election," he said.

With both the administrations of President Barack Obama and President Raul Castro coming to an end, Suarez said he believes normalization between the America and Cuba will take years. 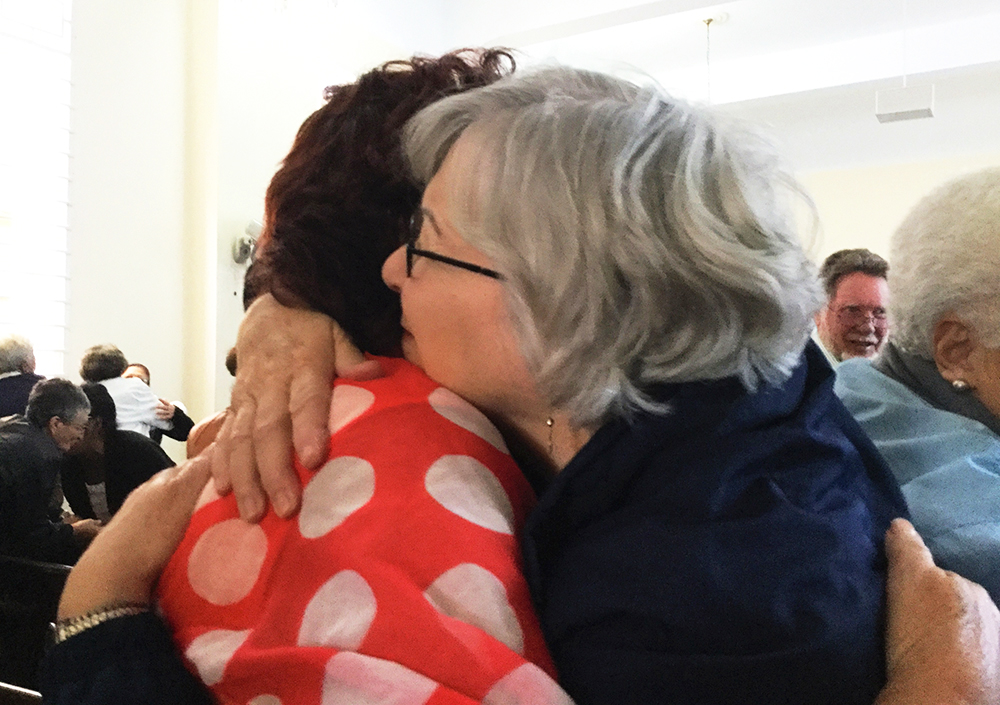 "The church has a very important task to help foster relations between our countries," Suarez said. "There is no ideology for the church. Our main mission is to build the Kingdom of God, for each human created in his image. The economic and political barriers are not God's will."

"I appreciated the session with us," said Rich Nelson, a member of Pleasant Hill UCC in Pleasant Hill, Tenn. "The fact that he can open up and share his perspective, whatever that is, is a good thing."

"In his sermon on Jan. 24, Rev. Suarez reminded all worshippers that the Gospel is, first and foremost, a call to serve the poorest and most vulnerable members of society," said Warren. "Whether those poor and vulnerable can be found within the increasing disparities of American capitalism or the imperfect and struggling revolution of Cuba, the work of serving 'the least of these' continues."

"I think he was very honest with us," said the Rev. Ted McKnight, a retired missionary who lives at the UCC’s Uplands Village in Pleasant Hill, Tenn. "I think he sees the situation in Cuba from a very different perspective than we can ever see."