UCC Conference Minister: Let’s stop the ‘Cycle of Cruelty’ at the Border 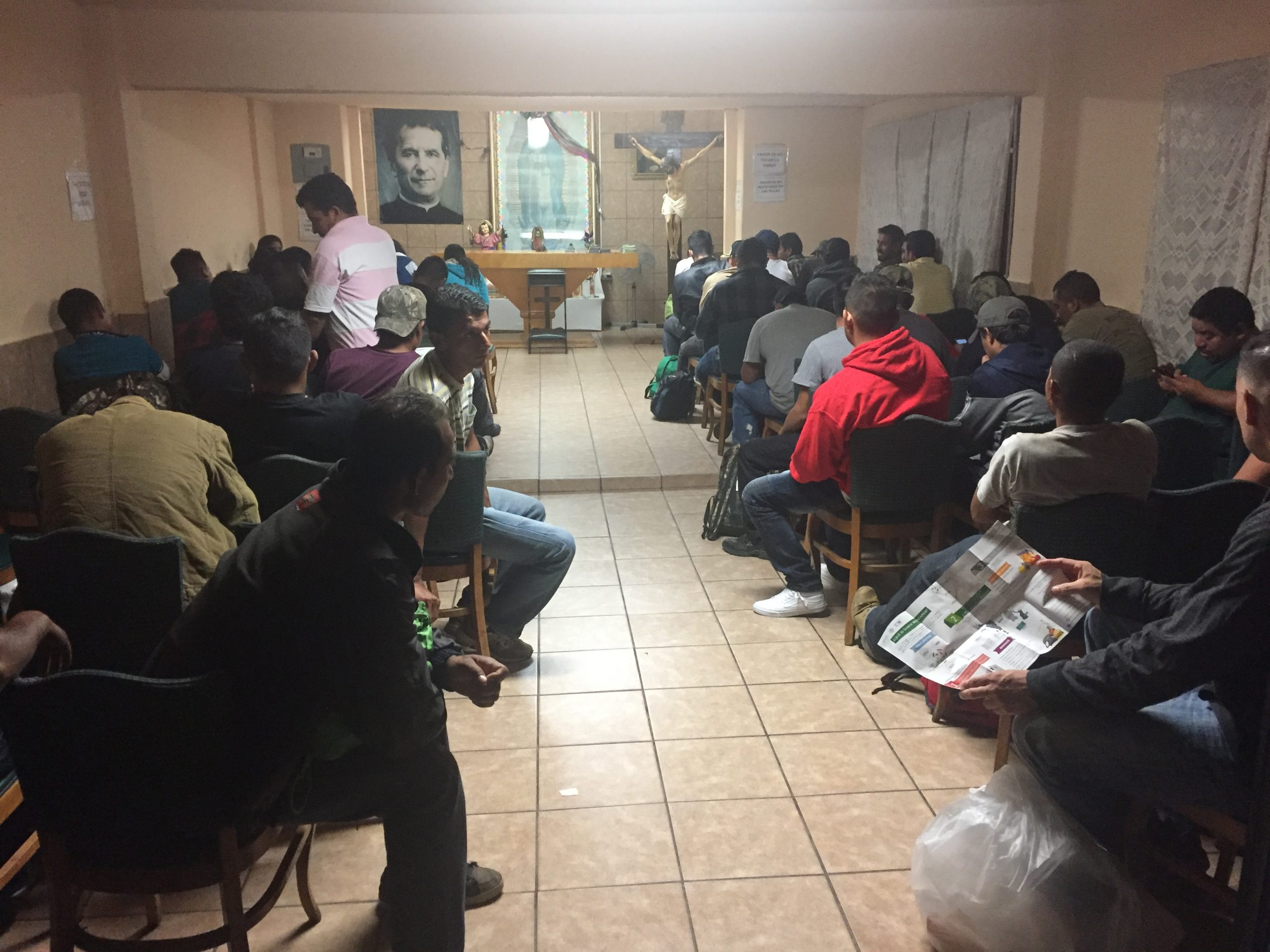 In the news of late, much is being reported about the asylum seeker caravan heading north through Mexico to the border of the United States. As Conference Minister of the Southwest Conference UCC, I can say what you hear in the news is often different than what we see and experience here in our Conference’s borderlands.

I returned from border visits in Nogales and Juarez, Mexico, last week. The week before I visited with our churches sheltering asylum seekers recently released from detention in Arizona. Border community residents and our ministry partners reported, and I witnessed, an increased military presence on both sides of our southern border.

On October 22, there were 48+ families in Nogales, Sonora, Mexico waiting for their chance to apply for entry into the U.S.; Department of Homeland Security (DHS) agents are deliberately slowing the application process by accepting only 2 families per day. Migrants are forced to find food and shelter for a long wait at the ports of entry.

Because of those long waits – 24 days in Nogales and up to 42 days in Tijuana where there are more than 1,500 people waiting to apply for entry – migrants’ desperation drives many of them to commit illegal border crossings. Migrants are not sneaky about it; in fact, the majority of them seek out border patrol agents to whom they surrender hoping that their basic needs will be met and that agents will be forced to process their entry applications. The government delays are a deliberate tactic to criminalize migrants so that they can be arrested, charged, and incarcerated. This fabricated cycle of cruelty gives the illusion that the border is being overrun by illegal border crossers and inflates arrest statistics that can be used for political purposes.

The migrant shelters I visited in Mexico were full and working to open additional bed spaces. None of our ministry partners expressed being overwhelmed; they are working hard retooling to accommodate the backlog of migrants being created by DHS delays.

From stories told by and medically documented conditions among the more than 700 migrant families welcomed in one week at churches throughout Arizona, we learned that while they were in detention asylum seekers received inadequate nutrition, inadequate medical care, and were exposed to harsh environmental conditions that left them sick and weak. Almost everyone released required medical care. A number of children required hospitalization (some of them in ICU). Several babies were near dehydration because their parents were not provided with adequate water and formula to give them. Some parents reported dipping toilet water to give their children to keep them hydrated.

Through the generosity of Neighbors in Need and other grants from the United Church of Christ National Setting, the Southwest Conference has been able to respond to these needs in significant ways. Individuals and congregations have shared generously with our Conference and our congregations directly. Volunteers have flown in to provide one of our congregation’s volunteers respite. I am deeply grateful for these partners in this work of love and justice as we strive to relieve suffering deliberately inflicted on asylum seekers through this cycle of cruelty.

I am convinced that the administration hopes to use this manufactured cycle of cruelty to create an issue for the midterm election and to garner support for a new round of family separation practices. Saturday, October 27, I am speaking at an event in Phoenix organized by the Uncage and Reunite Families Coalition to expose this cycle of cruelty. I invite you to join me if you are in Phoenix this weekend.

From my vantage point it appears that the immediate impact of the asylum seeker caravan will most likely be felt first by shelters in Mexico, in ports-of-entry cities, and in U.S. detention centers. Ecumenical partners told us overnight that on October 25, Immigration and Customs Enforcement (ICE) agents along the southern border will begin fitting asylum-seeking families with GPS ankle bracelets and then release them from the ports of entry because detention centers are full; as detention space becomes available, families will again be detained before processing. Asylum seeking families released at the ports of entry will be on their own. Churches and other organizations are quickly adapting their ministry strategies to meet needs in these locations. ICE continues to incarcerate adult asylum seekers traveling alone before asylum application processing. The cycle of cruelty – keeping detention beds filled to the benefit of private prison profiteers – will continue as long as it suits the purposes of the current administration to criminalize people trying to flee the poverty and violence the U.S. helped to create throughout Central America.

Thank you for visiting detention centers housing asylum seekers and other migrants. Thank you for welcoming them into your communities with the extravagant welcome that is the United Church of Christ’s hallmark. Thank you for your continuing prayers and support, and your willingness to bear witness to this counter narrative of manufactured cycle of cruelty metered out on our most vulnerable neighbors.