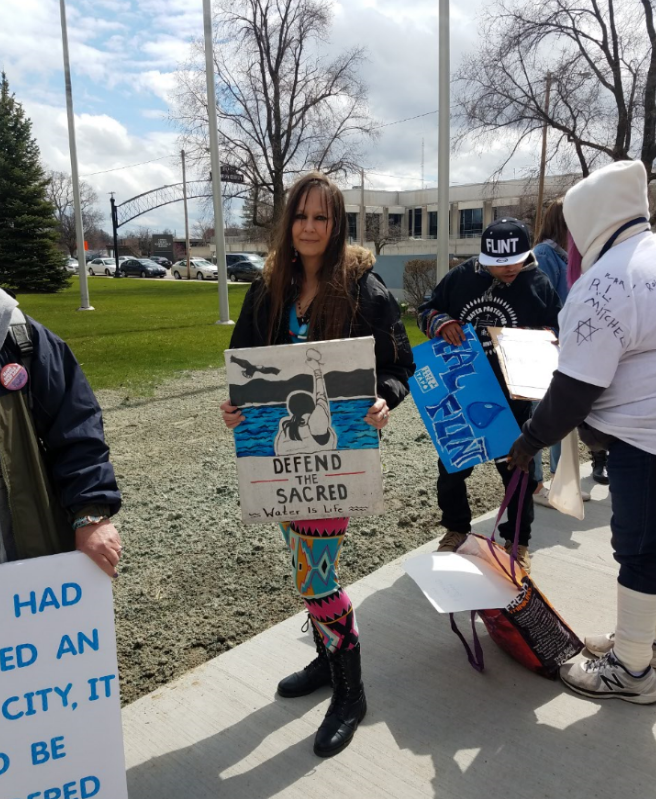 UCC church members in Flint, Mich., continued the call for safe drinking water for all of people in their community this week, condemning state leaders for shutting down local drinking water distribution centers. On Wednesday, April 25, four years after the state of Michigan switched the source of the Flint water supply, Rev. Jay Cummings and others from the Woodside Church marched on the State Capitol in Lansing, and in the streets of Flint, to declare that four years is too long to go without safe water.

“The people of Flint have been without safe water for 1462 days,” said Cummings, who chairs the community life and social justice committee at Woodside Church. “We still have lead pipes. We still need bottled water.”

Woodside Church has a history of offering assistance neighbors in Flint during the water crisis. A phone call from a resident facing a shut off notice for his water service prompted Cummings and church pastor the Rev. Deb Conrad to organize a small group of clergy dedicated to aiding the residents of Flint keep water flowing to their homes. The church used $50,000 to help pay the water bills of its community members and functioned as a self-sustained water distribution center until it ran out of resources.

Michigan government leaders closed all the state sponsored water distribution centers in Flint on April 10, a program which began more than four years ago after elevated levels of lead were found in the city’s water supply, pipes and water mains. The 2014 problem was traced back to a change in the water supply — to save money, the state of Michigan switched Flint’s water source from the Detroit water system and Lake Huron to the polluted Flint River.

According to the State, nearly two years of Lead and Copper Rule data and thousands of other tests show that Flint’s water is testing nearly the same or better than similar cities across Michigan. 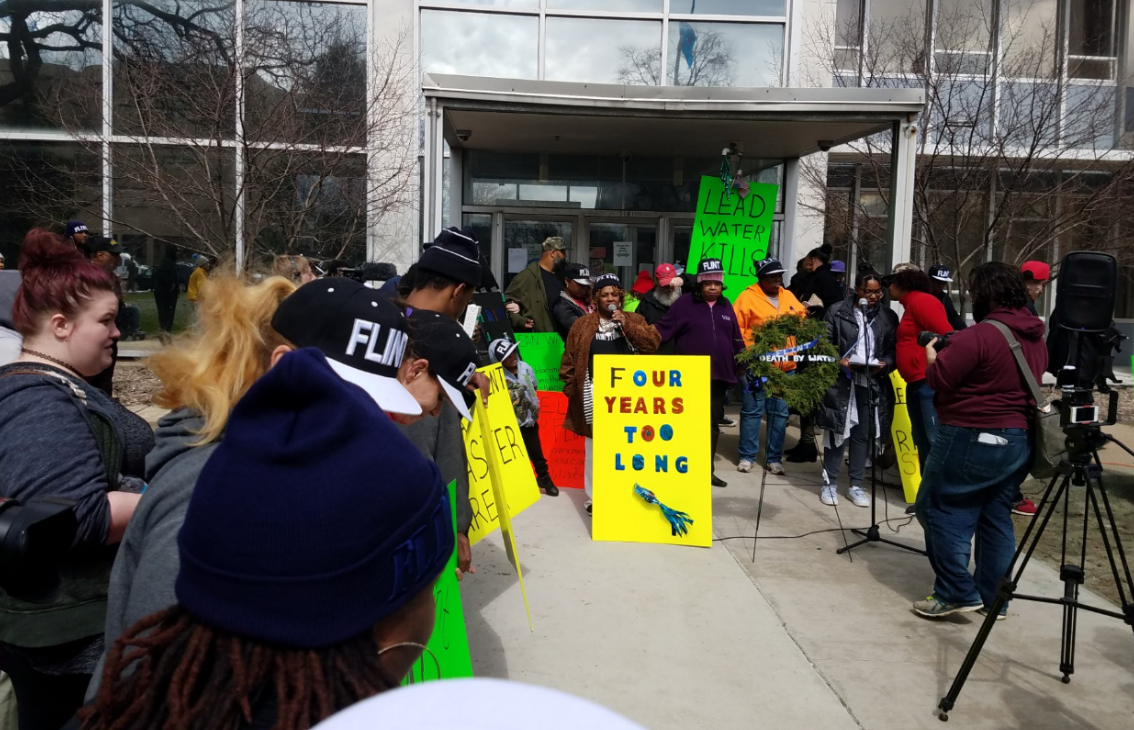 Cummings doesn’t agree. “The State is claiming the water is fine, but it is not,” he said. “The water is not fine everywhere, it’s brown and rusty in many poor areas, and it is certainly not fine all the time in anyplace, but that’s what they want us to believe. The residents just can’t trust them. Especially because the State lied to us once before about the water being safe and it was not.”
Distributing bottled water to the residents of Flint has cost Michigan more than $350 thousand of the $33.4 million earmarked by the state for the Flint water crisis. The federal government contributed another $150 million in 2017 to address pipe infrastructure in the city. The remaining money has been spent on medical resources, food distribution, educational resources, job training and bill assistance programs.

State leaders say that since the water supply is no longer contaminated, water distribution centers are no longer necessary, but Flint city officials and residents contest that.

“Children and youth are speaking up on this day. We say, “Flint Lives Matter”, said Cummings at a rally organized by a youth group in the city to bring attention to the closure of the distribution centers.

Kim, a 10-year old who is known in the city as ‘Little Miss Flint,’ took to the stage at the rally and said, “We say, Michigan has 21 percent of all the fresh water in the world but can’t provide clean water to the children of Flint? We say, “Enough is enough! We say, we are sick and tired of water that makes us sick and die.”