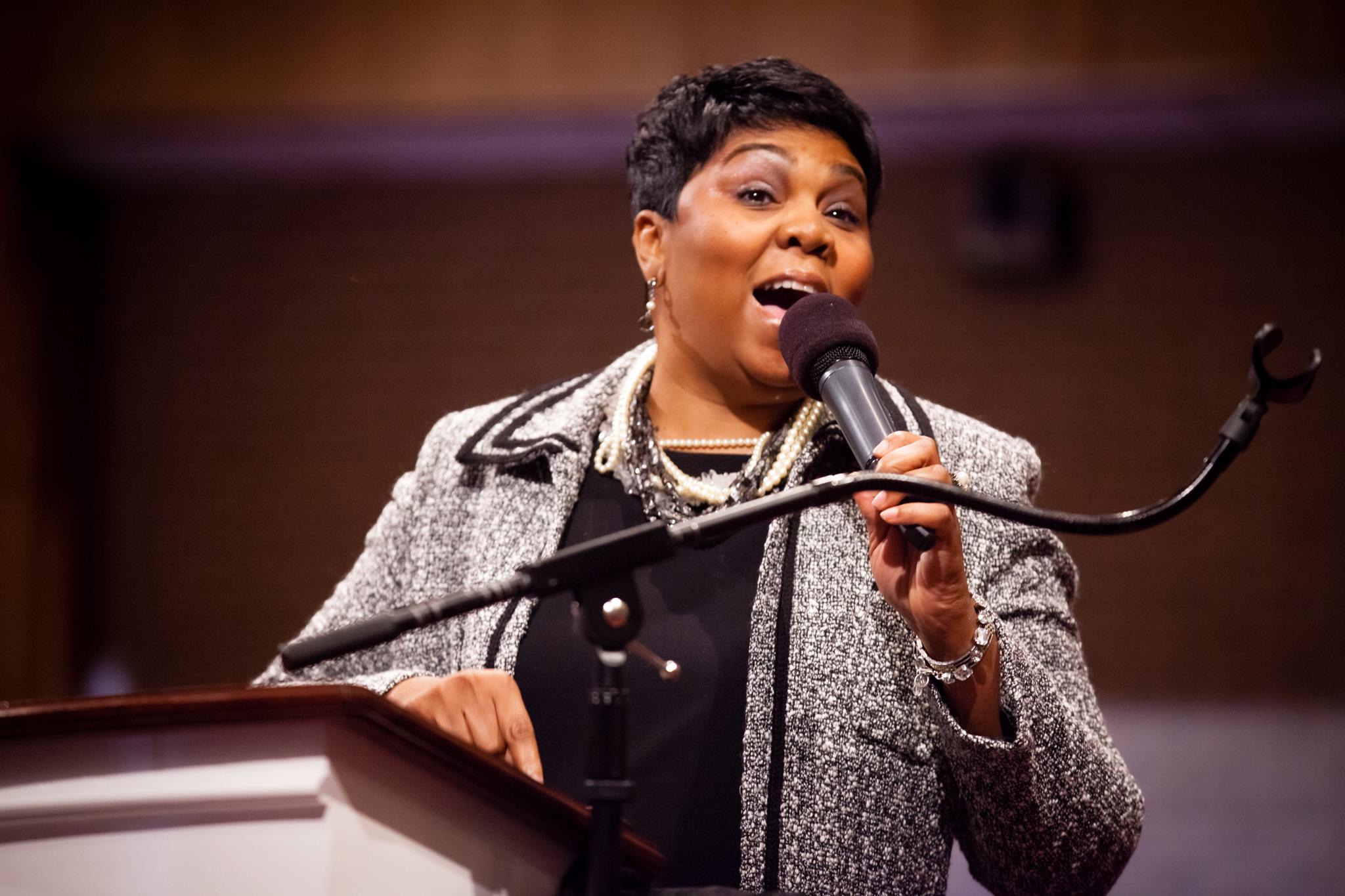 United Church of Christ pastor, Ferguson community leader, and civil rights activist, the Rev. Traci deVon Blackmon will kick off a national ecumenical gathering around mass incarceration this weekend outside Washington D.C. Blackmon, the keynote speaker for Ecumenical Advocacy Days, hopes to rally more than 1,000 Christians seeking to advocate on criminal justice issues by showing them how faith plays a key role in the fight against mass incarceration. She will deliver opening remarks at 7 p.m. on Friday, April 17.

Blackmon’s remarks will help EAD participants begin to examine the theme for the 13th gathering, titled “Breaking the Chains: Mass Incarceration & Systems of Exploitation,” taking place in Arlington, Va. The event will bring Christians from 50 different denominations and organizations together to discuss mass incarceration and the exploitation of people on the margins, and to motivate the participants to take action and call for national policy changes.

“When invited to speak at EAD, I accepted because it is an awesome opportunity to share in justice ministry with faith leaders from across the nation,” said Blackmon, pastor at Christ the King UCC in the St. Louis suburb of Florissant, Mo. “My sermon will illustrate the collective power of faith in the physical and psychological liberation of those who are unjustly and oppressively detained. It is my prayer that my words will provide encouragement in our continued fight against mass incarceration.”

“EAD is honored and quite fortunate to welcome Rev. Blackmon to the pulpit at our opening celebration,” said Douglas Grace, EAD director. “Mass incarceration and systems of exploitation are hardly issues to celebrate, but what Pastor Traci will inspire is a deep passion for a faithful, active and moving public witness for justice, while helping EAD participants to unpack this year’s theme.”

Blackmon has been ministering on the front lines in Ferguson since the demonstrations began, helping families and friends of those who have been affected by the racial tension and violence in the St. Louis area. She took time from her daily work to devote her attention to justice issues sparked from the fatal police shooting of Michael Brown in August 2014.

Blackmon has acted as a chaplain, community organizer, mediator, teacher and protester in the public dissent following the shooting—continually maintaining a strong and public commitment to her faith and to nonviolent activism. Her early and prominent response to racial tensions in the aftermath of Brown’s death earned her an appointment to the Ferguson Commission.

“Everybody that is trying to move this [Ferguson], we need to all be working together,” Blackmon has said. “I think we are all working in the same direction, but we are not always working together in terms of being wise about our utilization of resources, both human and physical resources, so that we can endure for the long-term.”

In addition to her work in the church, Blackmon is a licensed registered nurse with more than 25 years of experience in the health care field. In recognition of her accomplishments in that one of work, Blackmon will receive the Stellar Performer in Health Care award at the St. Louis American Foundation’s 15th Annual Salute to Excellence in Health Care Awards Luncheon later this month.

Teaching is an ancient ministry, mentioned in the earliest letters of the church. So, for...

Four families in California who lost much to wildfires will soon be moving into new homes, thanks...

In this letter to the wider church, the UCC General Minister and President shares plans to review...