The Plastic Problem: A Growing Threat to Marine Life

In teaching a group of curious middle schoolers this past summer at the Isles of Shoals, New Hampshire, I asked the campers to guess the biodegradation time for the various marine debris that I had gathered.  I then revealed the following estimations: 10-20 years for a plastic bag, 50 years for a foam cup, 450 years for a plastic bottle, and 600 years for monofilament line. I explained that plastic debris never truly breaks down completely, but rather fragments into smaller and smaller pieces.  As I displayed plastic bags, a golf ball, plastic shards, and duct tape, I revealed that they were all found in the gut of a gray whale beached in Washington.  We discussed why the whale ingested these items.  We considered how many sea turtles mistake plastic bags for jellyfish and how seabirds often select brightly covered plastic fragments and pellets and feed them to their chicks.  I explained that the Great Pacific Garbage Patch and other gyres collecting plastics are like a growing soup of marine debris, and while it’s nearly impossible to clean up, slowing our rate of plastic pollution is critical.

As I led this workshop many times during my travels as a Global Mission Intern in Chile, Peru and New Hampshire, I observed various approaches to the “reduce, reuse, recycle” mantra.  In Chile, at a summer camp in the foothills of the Andes Mountains, we reduced by washing reusable plates and mugs together in teams and rarely buying juice or soda in plastic bottles.  In Peru, we reused by tying together strings of plastic bags to make clotheslines and plugging the holes in boats with crumbles of discarded foam.  Unfortunately, finding plastic to reuse was easy, as it littered the ports and floated down the Amazon River on its way join its counterparts in the gyres of the Atlantic Ocean.  In the United States, we recycled, carefully labelling and separating bins for compost, glass, cardboard, plastic, and trash.  And although in each place I lived we made individual changes to “go green," obscene amounts of plastic waste was still created and discarded. 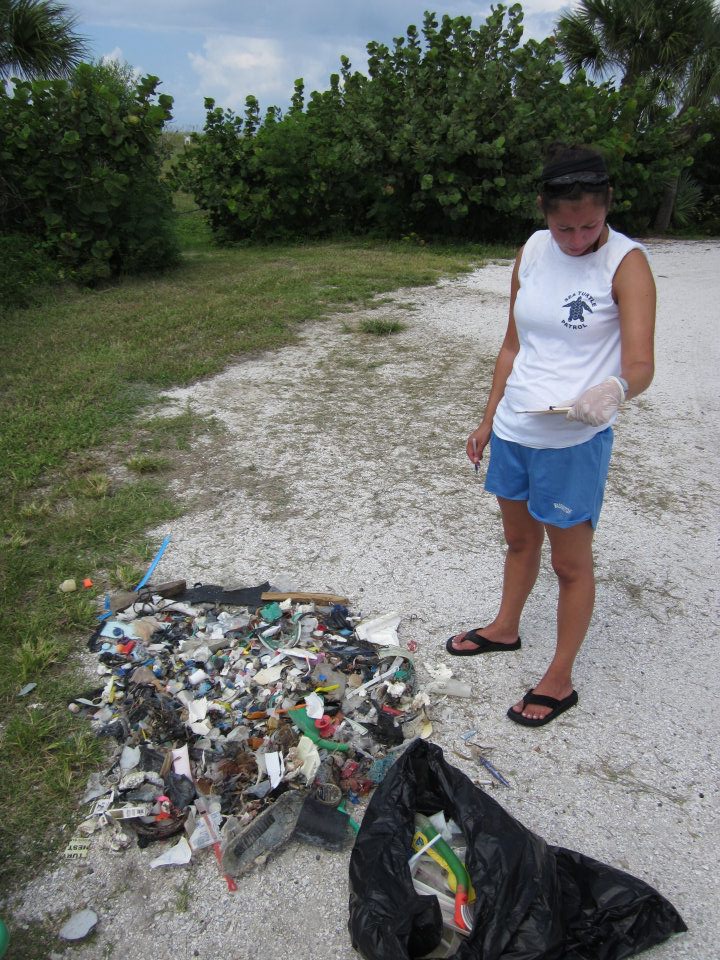 Sadly, as most of the plastic ever created still exists in the world, “reduce, reuse and recycle” is no longer enough.  In addition, I encourage us to “refuse.”  By refusing single use disposables and urging legislation for plastic bag bans, we can slow the flow of plastics into our oceans.  In fact, in coastal cleanups worldwide in 2007, plastic bags were the fourth most frequently found item. California, Hawaii, DC, and various cities across the nation have recognized the negative environmental impacts of single-use disposable plastic bags and have already banned them.  A petition created by a 7th grade class in Florida to ban plastic bags in 2010 in their state is still relevant, as the state bill has been recently introduced for the third time.  The Bag It documentary, Plastic Bag Ban Report, and Plastic Oceans provide more information on this topic and ways in which we can take action.  As we focus on climate change and environmental justice issues, we must not forget the importance of our oceans and the impacts we make through the packaging we choose.  By refusing single-use disposables such as plastic grocery bags and urging our governments to do the same, we celebrate God’s creation by caring for it responsibly.