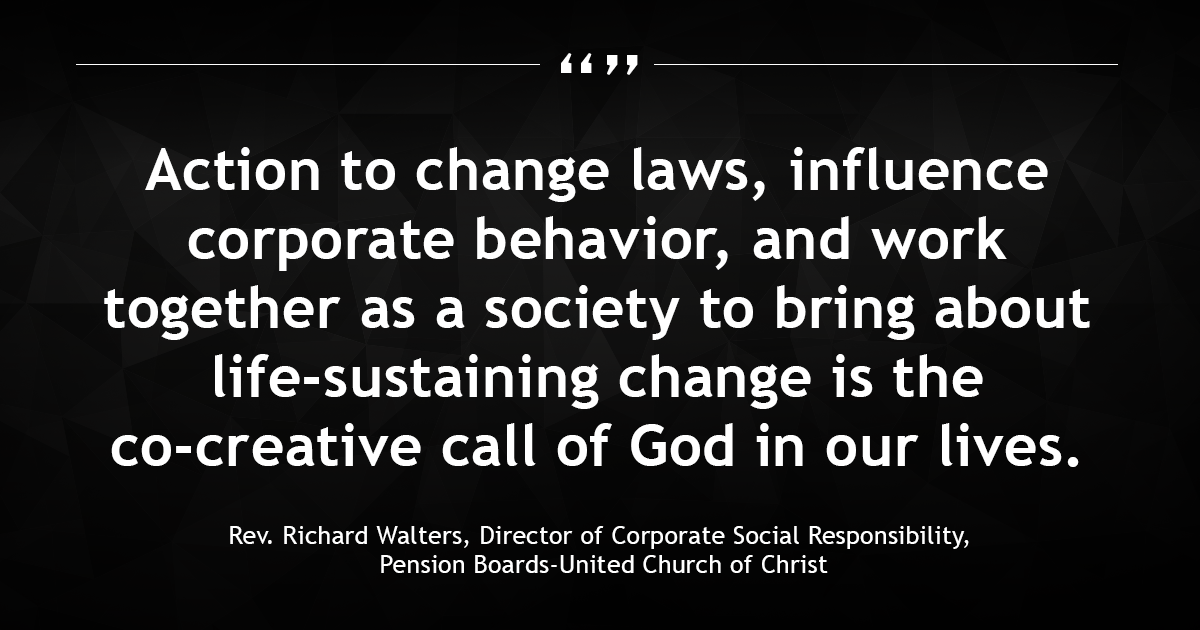 The fatal shooting at Pittsburgh’s Tree of Life synagogue on Saturday, Oct. 27, in which 11 people were killed, including a 97-year-old Holocaust survivor, prompted UCC leaders to condemn the killings and the anti-Semitism and hatred that fueled them.

Along with vigils at local UCC churches and statements from National and Conference denominational leaders, the Pension Boards-United Church of Christ is taking significant steps toward action on gun violence in America.

The UCC and other religious organizations have long called for common sense measures to reduce gun violence without interfering with the Constitutional rights of legitimate gun owners, even before the most recent mass shooting making news. The Pension Boards-United Church of Christ, however, recently decided that more action was necessary.

The Pension Boards Trustees’ Investment Committee voted in August to eliminate direct investment in U.S. companies engaged in the production of small arms ammunition or firearms that derive 10% or more of revenues from sales.

“The very idea behind the kind of social transformation work of the church is that prayer alone is not enough,” said the Rev. Richard E. Walters, director of Corporate Social Responsibility for the Pension Boards. “Comforting grieving victims alone is not enough. Rather, action to change laws, influence corporate behavior, and work together as a society to bring about life-sustaining change is the co-creative call of God in our lives to do much more.”