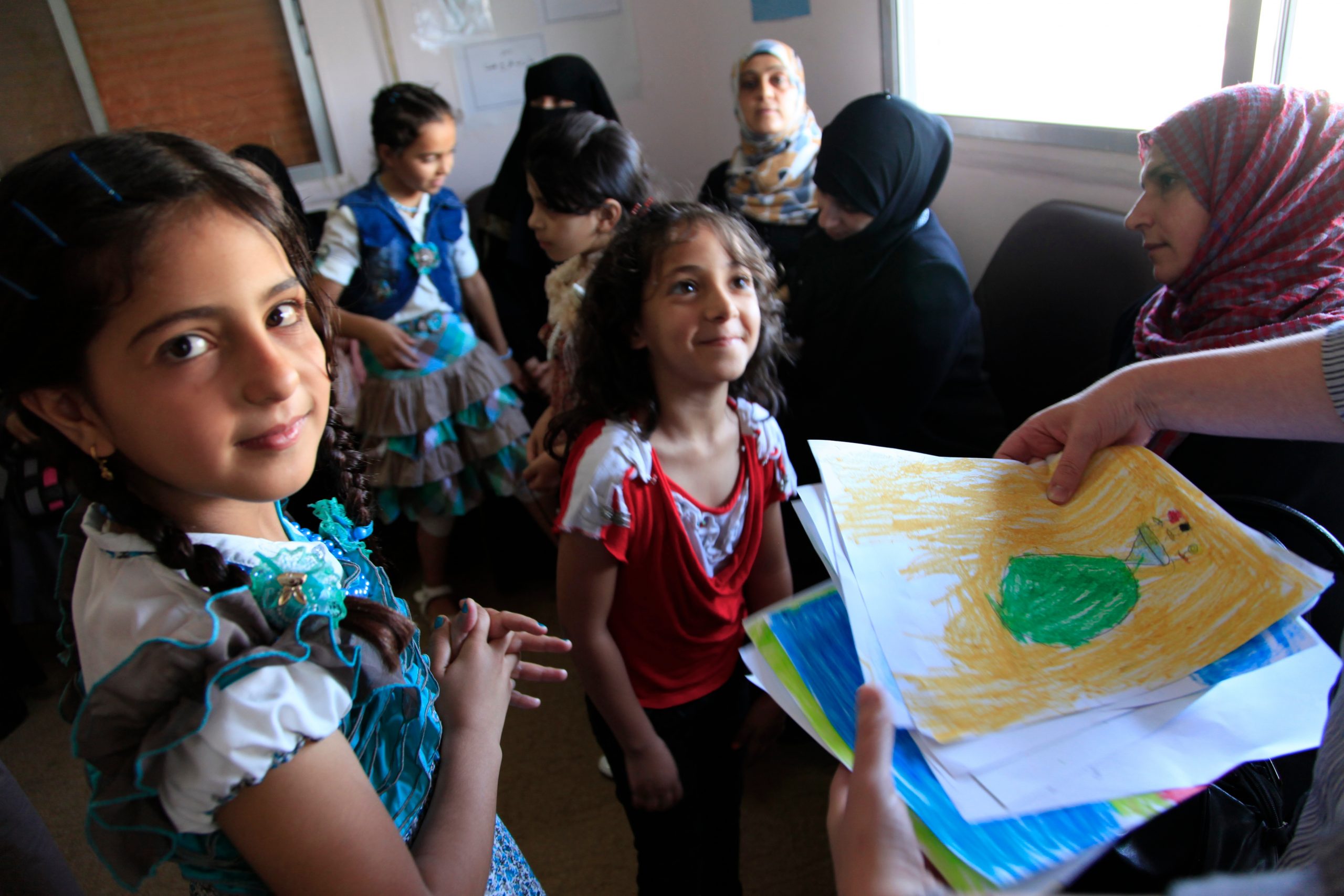 The United Church of Christ, in solidarity with several religious groups in the United States, is urging the White House to act in response to the Syrian refugee crisis, which has escalated in the last few weeks with hundreds of thousands of people risking their lives to reach Europe.

So far, the American government has allowed just 1,500 Syrians to resettle here — a fraction of the millions that have fled the country — but this week the White House is considering new options for refugee resettlement. The UCC is asking members to voice their support to allow more refugees into the U.S. by signing a petition calling on the government to make space for Syrians in the next year.

The petition, organized by Church World Service, calls for a pledge to resettle 65,000 Syrians by 2016. The goal, 100,000 signatures by September 30. Church World Service is a global humanitarian organization that represents 37 Christian denominations, and works side by side with the UCC on issues of immigration and refugee assistance.

“At this moment, the church is being called to respond. The UCC, through its partnerships, has been working to provide support and refuge to those in need,” said Phyllis Richards, program associate for UCC Global Sharing of Resources.

Mary Mikhael, one of the partners assisting the Global Ministries’ response to the crisis, believes that the Syrian Civil War and the resulting growth of the self-described Islamic State is the “tragedy of the century.” “It has been such a long time — now the fifth year — since 2011 that began with demonstrations for government reform and more freedoms. Unfortunately, the Arab Spring turned into a drastic storm and deadly storm. Syria is, in fact, facing destruction on every level,” said Mikhael, who spent three years in the region and witnessed some of the atrocities of the Syrian Civil War firsthand. 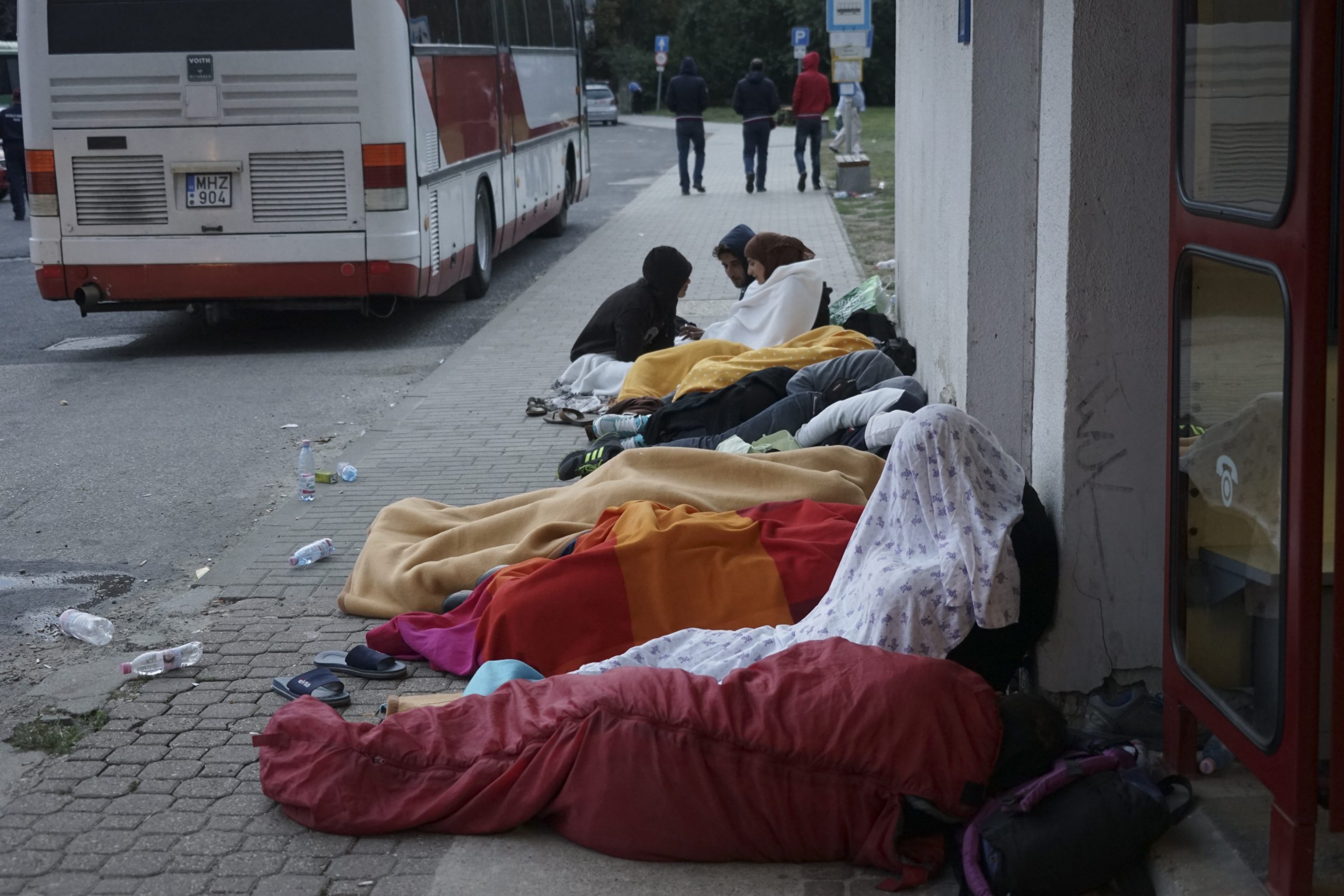 Since the beginning of the conflict, the UCC has worked with partners in Syria and surrounding countries to offer emergency assistance to the millions of refugees attempting to escape the violence. Through donations and One Great Hour of Sharing funds, partner organizations continue to provide food, water, blankets, hygienic items, essential medicines, medical supplies and equipment. The UCC has also worked closely with the Waldensian Church (Italy) as that denomination has offered assistance to migrants coming to Europe from North Africa. About 300,000 migrants have crossed the Mediterranean Sea.

Mikhael believes the country’s people and its culture are being destroyed, with about 10 million people fleeing their homes for a chance at safety. According to the best estimates from the United Nations, 6.5 million Syrians are displaced within the country, and another 4 million are displaced in surrounding countries and Europe.

“It is a human tragedy that caused the loss of life of at least 300,000 people that we know of — we may never know the full number,” she said.

In both European and Middle East states, Syrians are having a difficult time gaining entry. Lebanon has already taken in 2 million refugees, Jordan has taken in 3 million Syrian and Iraqi refugees, and Turkey has received 1.75 million Syrians, but the infrastructure of those countries — in particular the housing and job markets — cannot keep up with the demand.

“We see no end of the tunnel for this tragedy,” Mikhael said. “The church is very concerned, for the human tragedy and the destruction. We appeal to churches who can make a difference to help Syria come to some sort of normality after five years of disaster.”

Concerned citizens in the United States can take action to bring more attention to this crisis, and support the relief effort through gifts to provide humanitarian assistance to refugees, including food, clothing, water and other supplies. Also this month, the Global Ministries’ Middle East Initiative webinar series will focus on Syria, with a webinar examining the conflict beginning at noon on Monday, Sept. 14.

Said UCC executive minister the Rev. James Moos, “Jesus began life as a refugee when his parents took him to Egypt to escape the murderous rampage of King Herod. How we respond to the plight of refugees in our day is an important measure of our faith.”