Look ahead, not back, closing worship preacher tells UCC Synod

The Rev. Amy Butler brought the 32nd General Synod of the United Church of Christ to a rousing close Tuesday night, June 25, exhorting worshipers to “lift up your eyes. Don’t look behind you. There’s a new future dawning right ahead of you.”

Butler, the last of four women who brought the sermons to this Synod’s worship services, acknowledged that at times like these, it is easy to be fearful and full of despair. “The call of Christ takes courage and commitment and conviction,” she said. “It is not safe, it is not familiar, it is not easy.”

Butler is the seventh senior minister and first woman to serve at the helm of New York City’s Riverside Church. She said that she had long had an “unhealthy interest” in cathedrals and their construction, but joked that “lately, I’ve been more interested in how they are run.”

Butler recounted visiting St. Paul’s Cathedral in London, and learning that it had an endowment totaling “$8.3 billion—that’s billion with a ‘B.’ ” She recalled how Justin Welby, the archbishop of Canterbury, had decided to take on Wonga, an English company whose business was built on making “payday loans” at exorbitant interest rates to struggling low-income people. 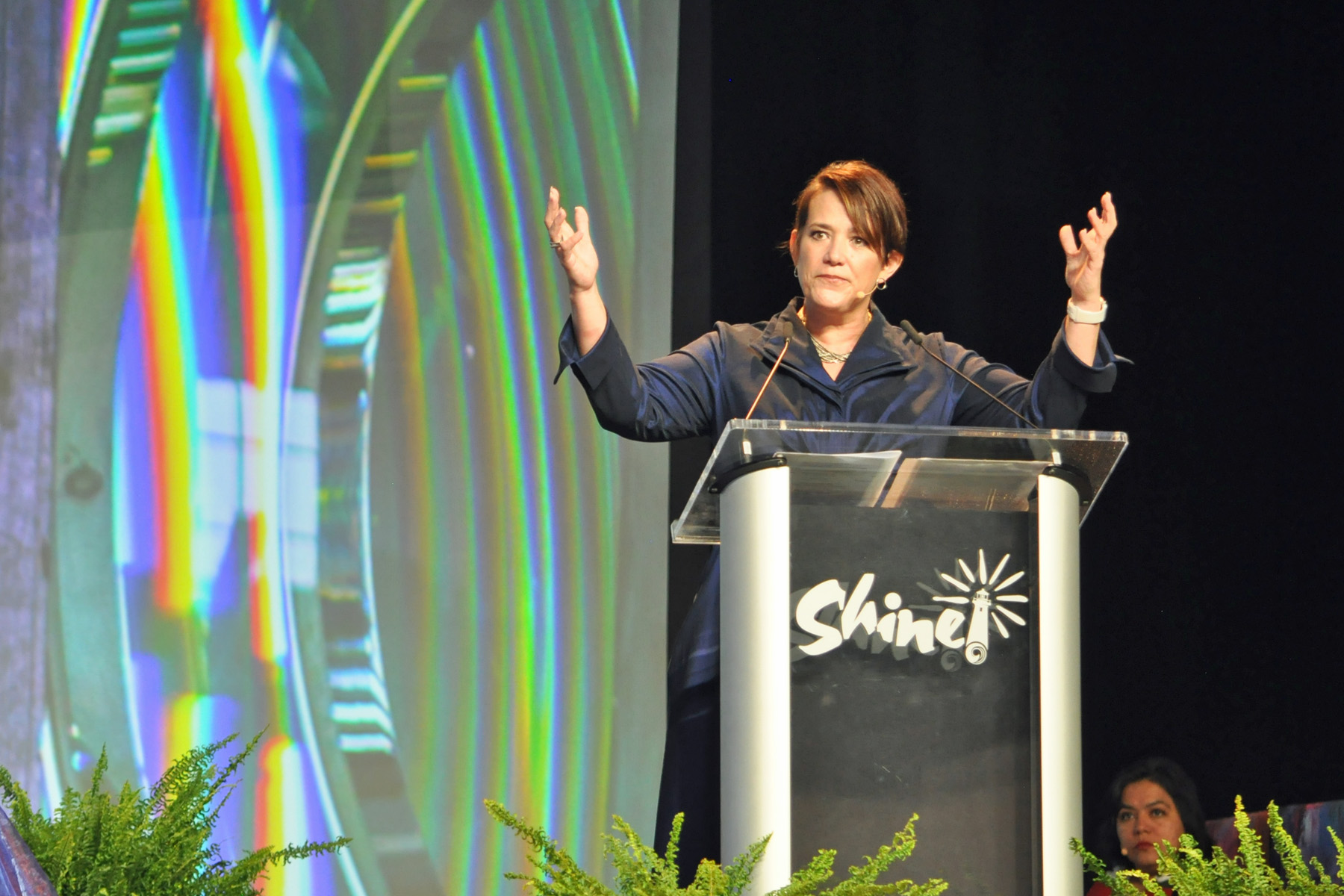 The archbishop, she said, convinced church leaders to create a credit union to compete with Wonga and got Parliament to cap permissible interest rates. After Wonga went bankrupt, she said, a reporter suggested that the Church of England should take over Wonga’s loan book and wipe away its customers’ debt.

Butler mused, “Can you imagine what the message of the church would be” if the loans were forgiven and the burden of debt was lifted from the shoulders of the debtors? “Well,” she said, “the governors of the Church of England couldn’t either. They are the caretakers of the future church. . . to make sure that little Prince Archie has a place to get married” and that there is a “fund for a rainy day.”

The Church of England, she said, “did not believe enough that the new reality was on its way.”

Still she cautioned the worshipers, “It’s pretty comfortable to sit on this side of the pond and shake our heads.” But, she said, “we do all of those things, too. We’ve done them for decades.” 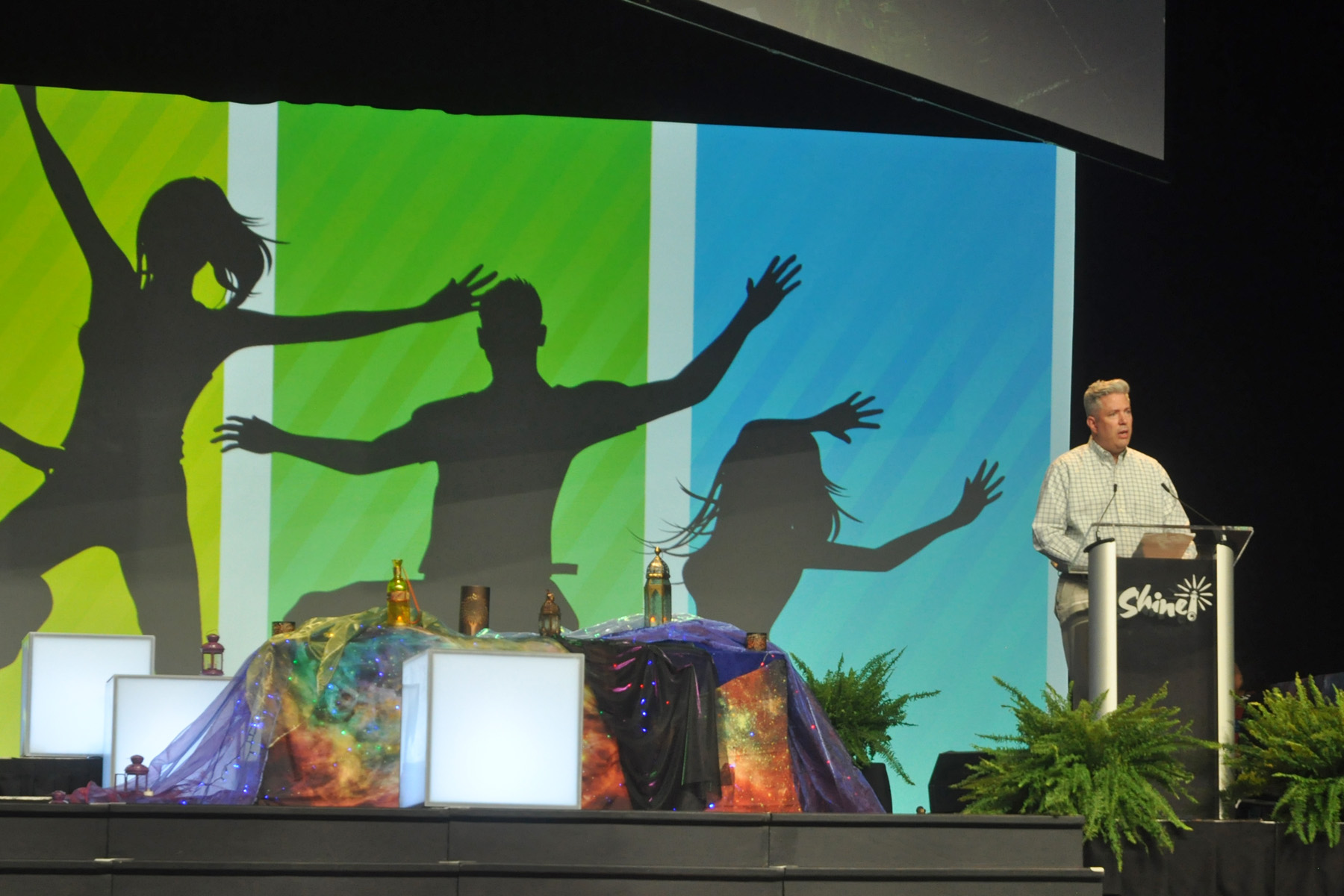 She concluded by urging Synod: “Lift up your eyes, church. Can you just imagine what would happen if we did?”

The service included special music, including the Rev. Christopher Grundy, a professor at Eden Theological Seminary, leading the singing of “I Will Sing of Your Love, Love, Love,” a song that was commissioned by the Missouri Mid-South Conference for its 2018 annual meeting. The song debuted earlier in plenary as the theme of the UCC’s 3 Great Loves initiative.

The service concluded with worshippers singing of “Marching in the Light of God,” as young people waved streamers in an exuberant celebration.