The UCC General Synod overwhelmingly approved a resolution titled “Addressing the State of Global Forced Migration.” The resolution calls on all settings of the church to “to pray, learn, and actively engage in education about the current state of global forced migration.”

Speaking on the resolution, Committee Chair Yolanda Adams of the Southern Conference said the number of displaced people across the globe is now over 70 million people, yet this number includes people Adams said are not reflected in current United Nations language. The United Nations defines refugee as a person forced to flee their home nation due to persecution, war, or violence.

“This definition does not take into consideration the vast number of people displaced by economic and climate-related disasters,” said Adams. 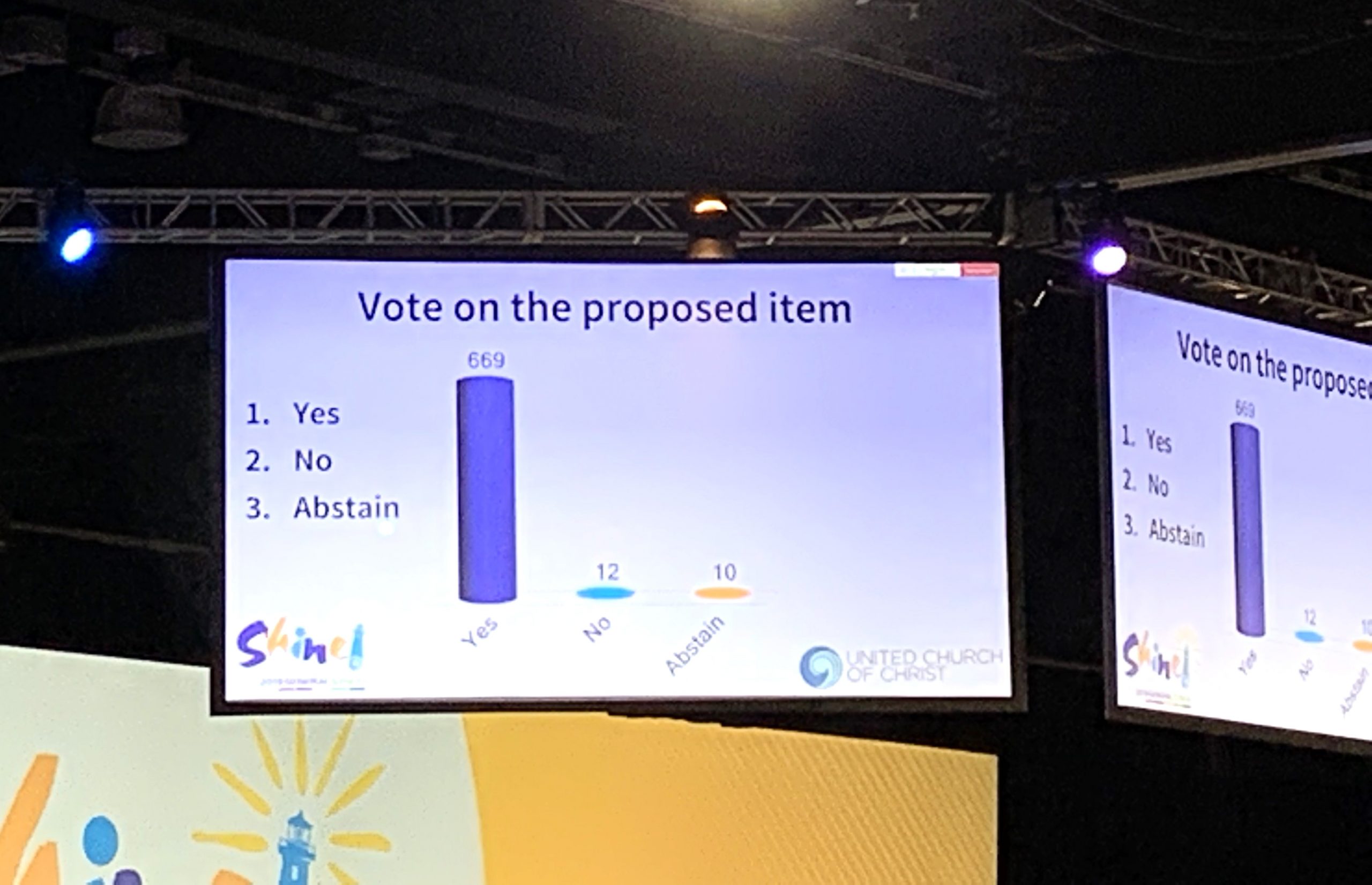 The language of the resolution includes a wider scope, addressing all displaced people, “whether they are refugees, migrants, internally displaced, asylum-seekers, or others.” Adams said the committee worked on creating language in the document that “strengthened the tone and flow” of the resolution.

Peter Makari, Team Leader and Area Executive for Middle East and Europe, said the committee made few modifications to the resolution. The committee did addressed the question of education and learning, and affirmed what resolution says about calling governments into account.

In addition to affirming inclusivity and rejecting divisive discourse, the resolution calls on the wider church to learn about global migration, and for member churches to participate, engage and advocate for displaced people and take efforts to dismantle racism, discrimination, bigotry, and xenophobia. It also call on the U.S. Government to take the matter of global migration seriously and participate in United Nations efforts to address the issue. Finally, the resolution urges all settings of the church to advocate for the US to work closely with the global community and partners.

No one spoke for or against the issue on the floor and the vote passed with 669 votes in favor of the resolution.