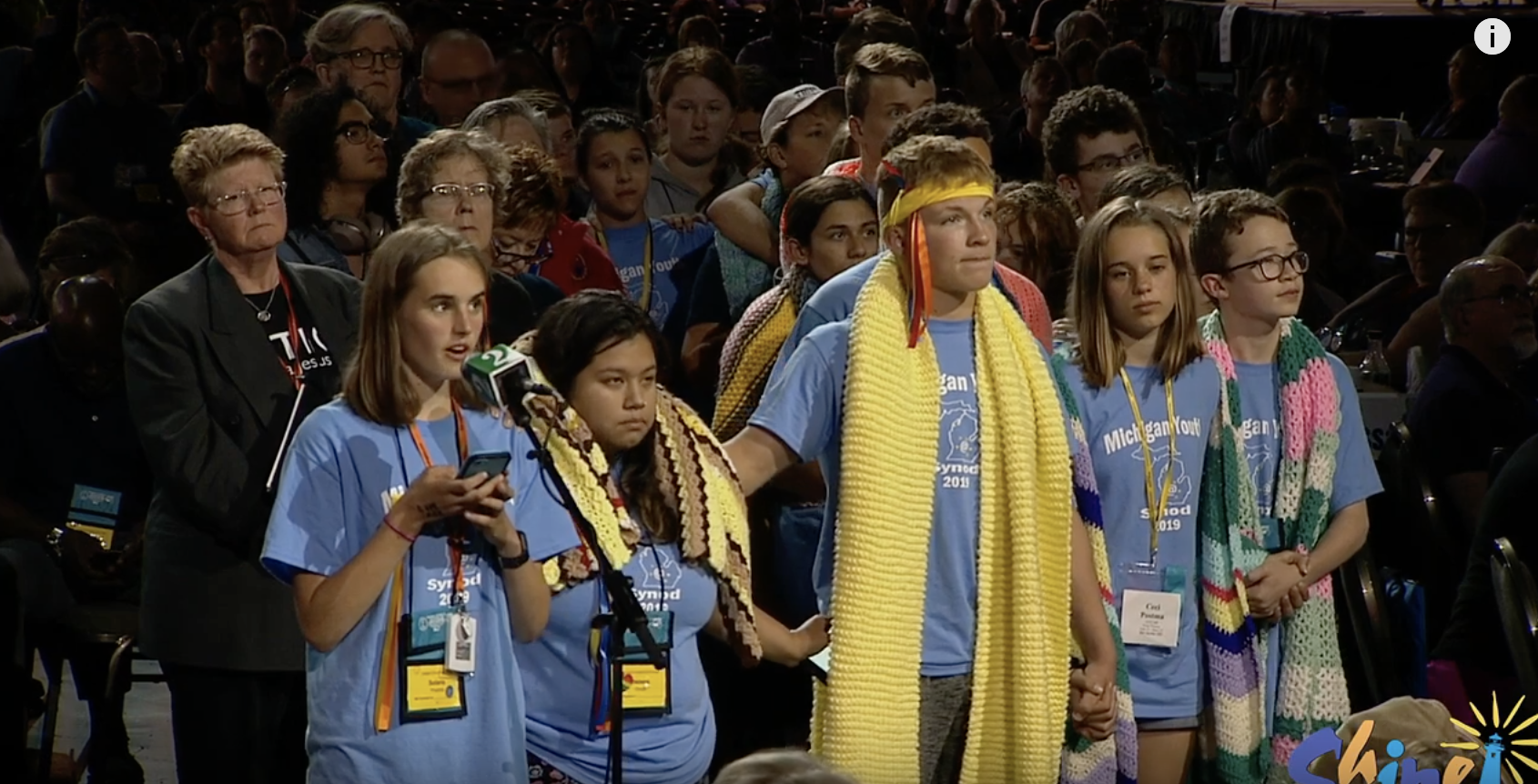 That was the emotionally charged question underlying debate around whether a conservative fellowship of churches that opposes the full affirmation of LGBTQ people should be allowed display space in the exhibit hall of General Synod, the biennial national gathering of the United Church of Christ.

A resolution that would have banned the group from the hall was ultimately tabled on June 25, on the last day of the five-day Synod at Milwaukee’s Wisconsin Center. Delegates asked the UCC Board to work with historically underrepresented groups to create a “behavioral covenant” for future Synods’ exhibit halls.

The resolution first came up for debate June 24, and several speakers spoke to the pain of coming to the denomination’s national gathering thinking it is a safe space, only to be faced by an organization they feel questions their worth.

“Members of this (the LGBTQIA) community, including us, our friends and our families experience pain, fear, and anxiety in daily life,” said Michigan Conference Youth Delegate Solana Postma. “We come to UCC to get relief from this continuous negativity. We need to feel fully accepted and loved.”

“The extravagant welcome of our local churches is what brought each of us here to Synod,” said Postma. “To experience this injustice here, in this space, broke open our hearts.”

Her fellow youth delegate, Helena Singer, added: “No group that is discriminatory should be allowed to advertise in our exhibit space. The UCC should not allow bigotry in the name of being inclusive.”

Others, however, said they were reluctant to close the door on those who do not share the same theological views.

Rev. Mark Johnson of the Pennsylvania Southeast Conference said his brother, who died of AIDS, was shunned by some of his own family members, and so he loves being a part of a church that upholds the worth of all. But, he said, he was opposed to preventing those in disagreement from being present. 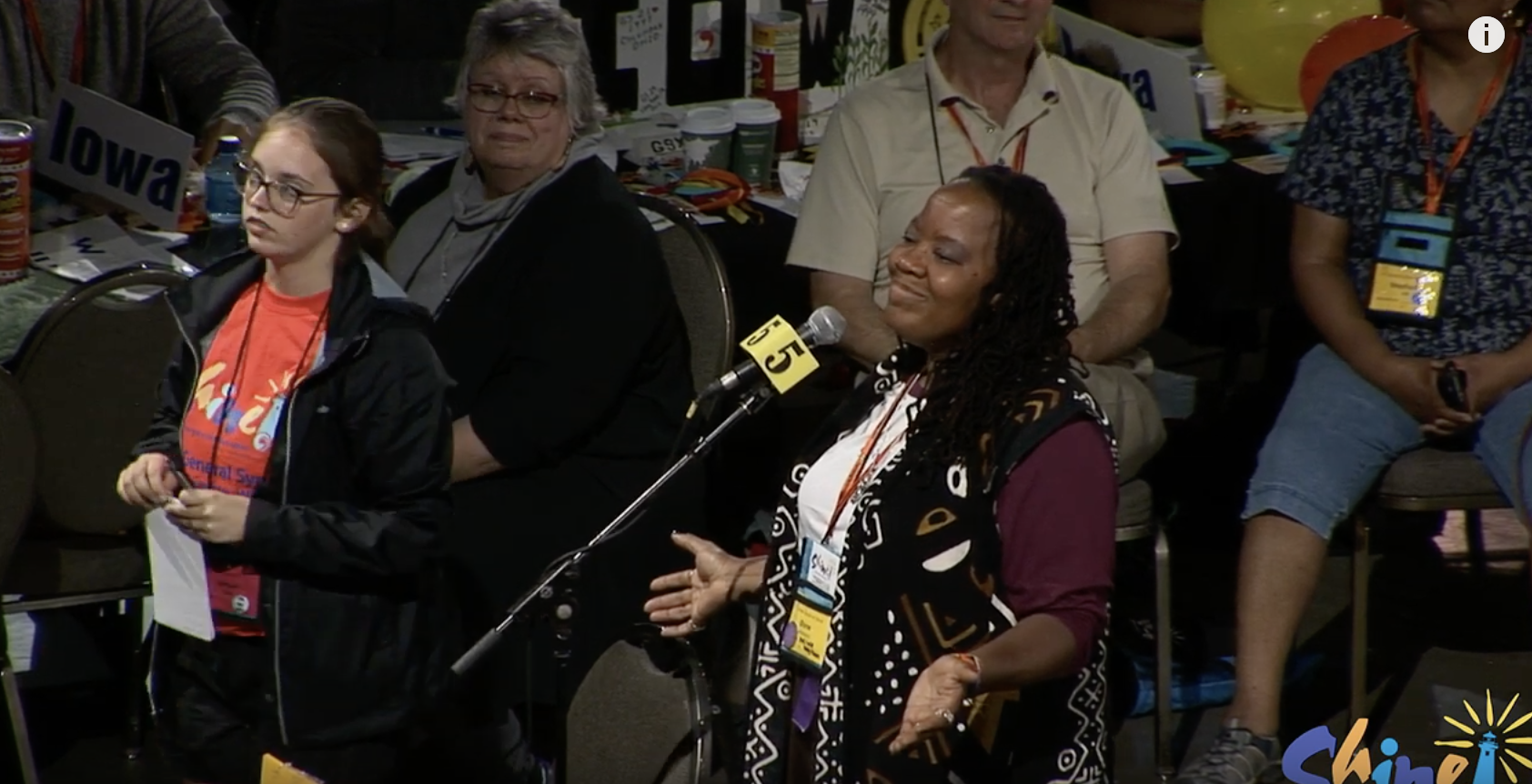 In a statement released prior to Synod, the UCC’s national LGBTQ+ organization, the Open and Affirming Coalition, came out against the resolution. “The ONA movement cannot continue to grow if this General Synod sends a message that conformity to its resolutions is a precondition for participation in public spaces in our church,” said a statement from the Coalition’s leadership. “The result would inevitably be the departure of many non-ONA congregations from the United Church of Christ. And that would be a serious blow to our movement.”

At a June 22 hearing on the resolution, ONA Coalition Executive Director Andy Lang said the resolution highlights the fact that just 31 percent of UCC churches have declared themselves Open and Affirming.

But, he said, one or two churches is added to the roster every week and “more and more it is conservative churches that resemble Faithful and Welcoming Congregations that are stepping up to our table and asking for our help.”

“These churches … five years ago could never have dreamed they’d be LGBT welcoming,” he said. “These churches save lives. This will send a message to them that they aren’t welcome.” 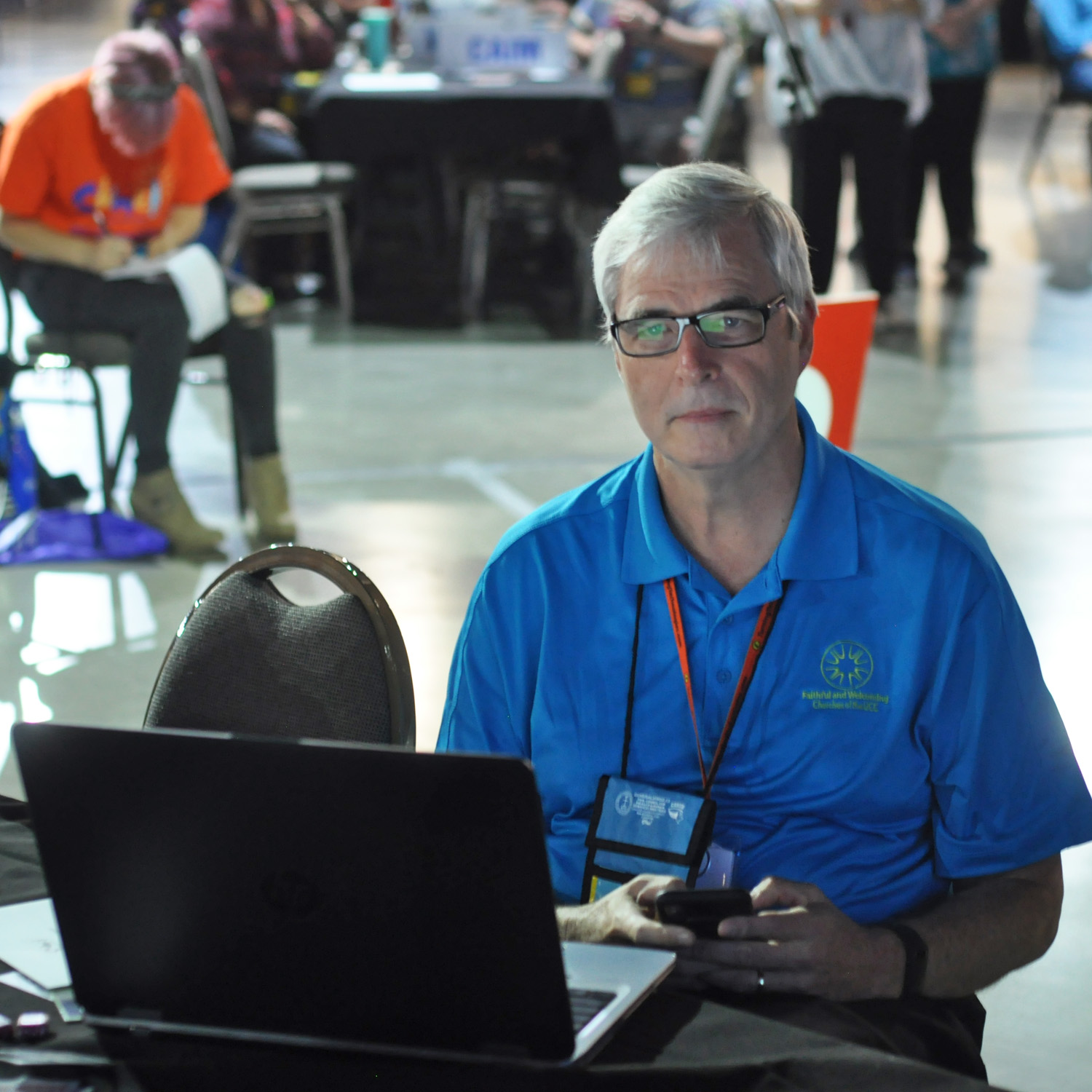 Rev. Bob Thompson, Executive Director of Faithful and Welcoming Churches, said his organization was formed as a way to encourage churches, pastors and members who consider themselves evangelical, conservative, orthodox or traditional in their views to stay in the denomination.

“We hope our presence at General Synod encourages some of the members and pastors of the two-thirds of UCC churches who are not ONA to remain in active covenant,” he said in a statement prior to the meeting, adding that these churches often feel “undervalued, unwanted and silenced.”

In his statement, he quoted a 2007 General Synod resolution, “Reaffirming Our Commitment to Covenantal Relationships,” which stated that General Synod should “welcome speakers, displays and educational opportunities that exemplify an openness to the wide range of ministries and theological diversity in our churches.”

In emotional testimony given to the committee on Saturday, Thompson acknowledged having caused harm in the past to LGBTQ persons, including those he opposed for ordination in the past based solely on their sexuality.

“I would not defend my actions at that time, or at any other time. I’m embarrassed by things I have said and done in the past, and I realize I have hurt other people,” he said. “My positions haven’t changed, but how I treat people – I’m learning to love people differently – it has changed a lot, and it’s because I’m in the UCC and I’ve felt welcome here.”

With headphones and earbuds, virtual choirs will soon record Synod music from home

People want to sing. That's clear from the way they've turned out for four virtual United...

For the first time in 1,252 days, a Missouri father of five will spend the night under the same...

The United Church of Christ is in "The Black Church." The TV special, that...