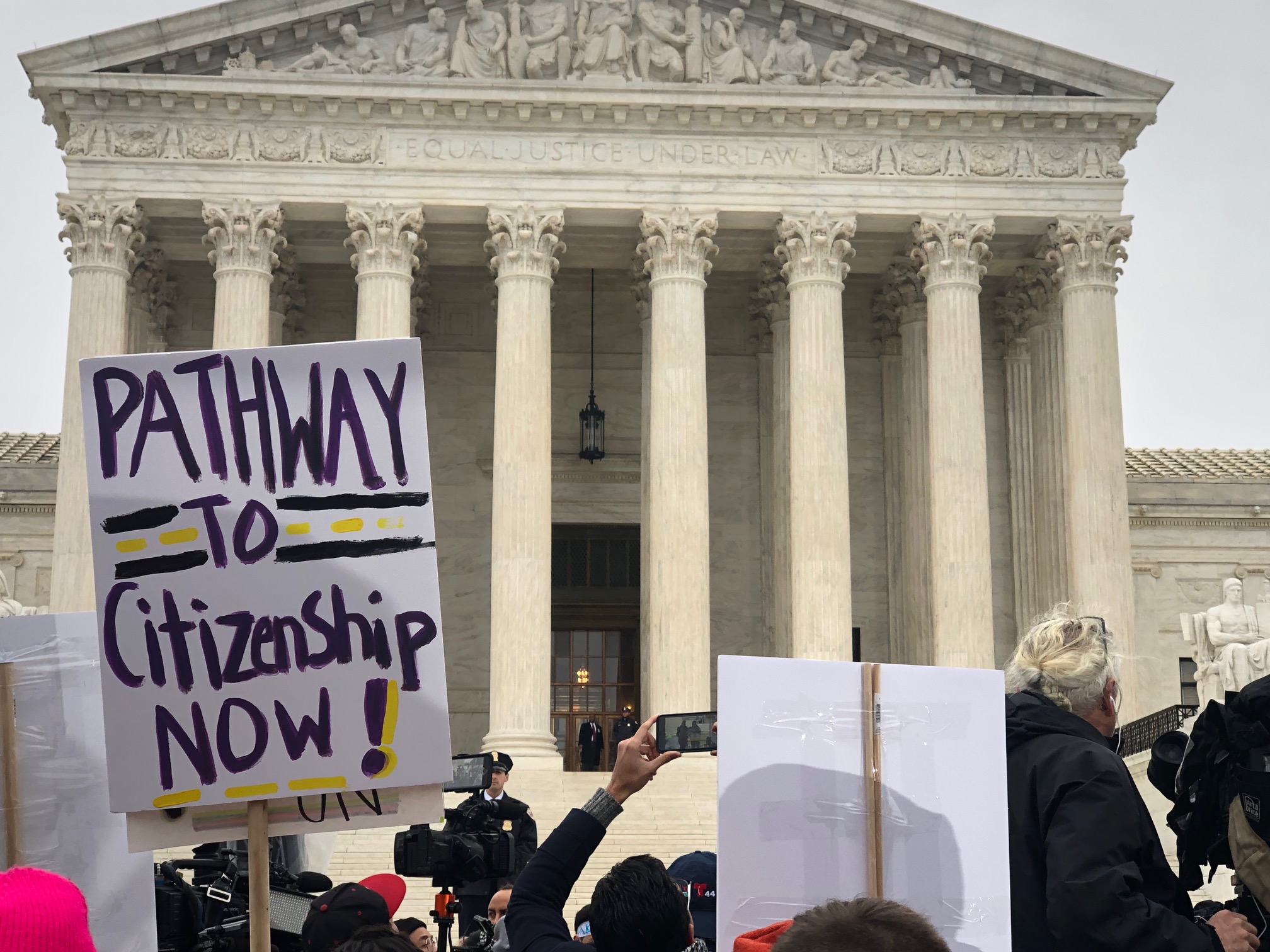 The futures of more than half a million young, undocumented immigrants hang in the balance as the United States Supreme Court takes up cases of the Deferred Action for Childhood Arrivals today, Nov. 12. Immigration activists, UCC and other faith-based advocates and the Dreamers themselves rallied outside the court on Tuesday morning challenging the Trump Administration’s efforts to end DACA.

Advocates believe the 2017 rescission of DACA, which shields recipients from deportation and allows them to work, is unlawful. They are urging the Court to agree.

“Dreamers only know the U.S. as home,” said Sandy Sorensen, director of the UCC Washington, D.C., office. She and her staff carried signs outside the Court, joining with interfaith leaders standing in solidarity with impacted friends and neighbors in a prayerful witness for justice. “They are young people, students and community members who will and already have contributed immensely to their hometowns and to this nation, with their courage, passion, intellect, talent, vision and commitment to service.”

The Dreamers, more than 800,000 of them, have grown up in the United States and established their lives and futures as Americans. All were brought to this country as children and have lived here since 2007. Two years ago, the Trump administration announced an end to DACA, and Congress has been unable to legislate permanent protections for those young people. 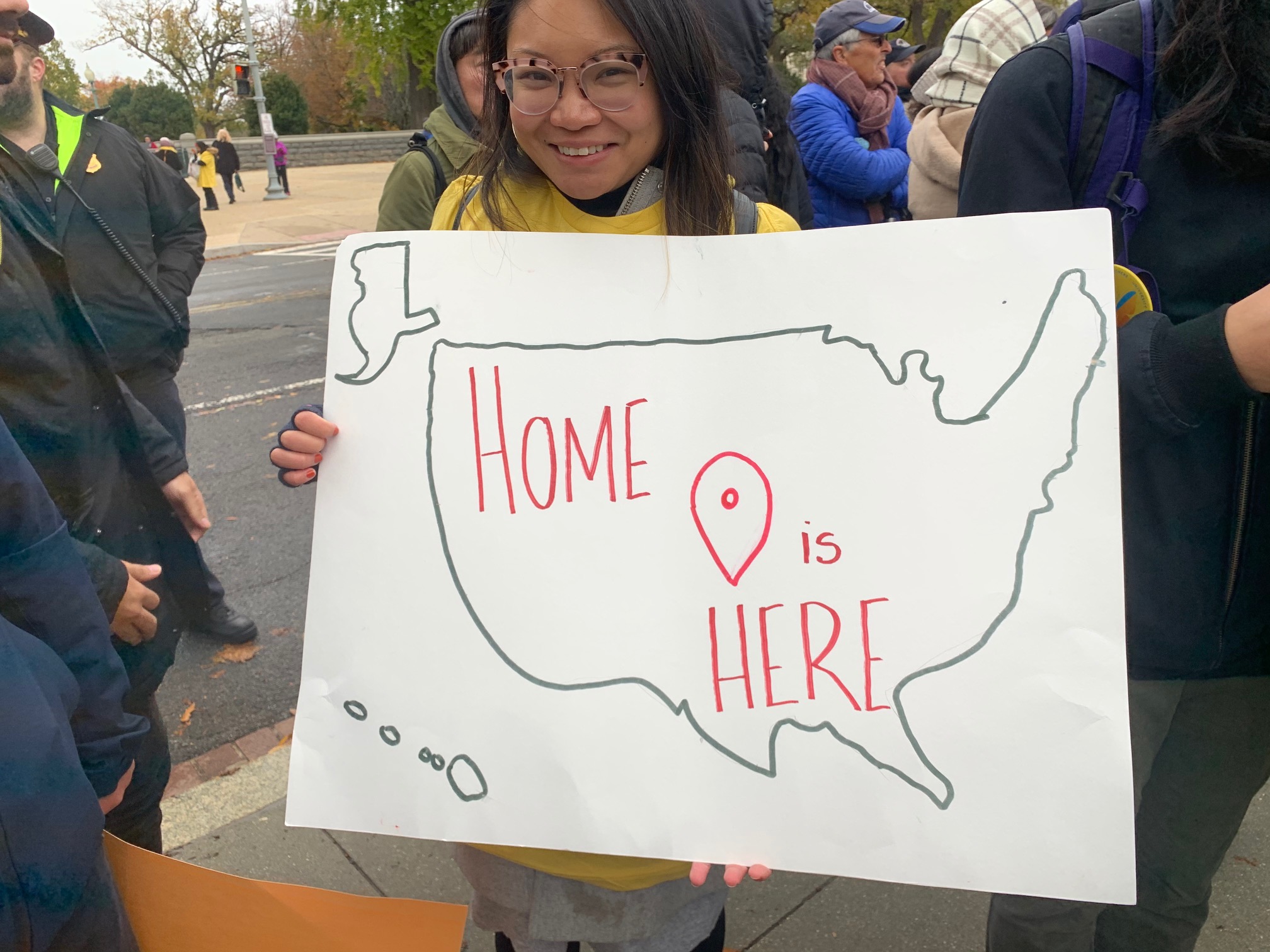 Beyond that, DACA created new avenues of opportunity for these individuals to access their American dream. DACA recipients have been able to pursue driver’s licenses and new educational opportunities; access health care; and move into better-aligned, more secure jobs, ultimately deepening their connections to the United States.

Since DACA’s inception in 2012, the UCC and other religious organizations have supported the program as a just response to the moral crisis posed by the possibility of deporting members of our society with no memory of another home to a sometimes dangerous and often unfamiliar place.

Flor, a married mother of four and a native of Guatemala, said she would not be where she is today without DACA.

“DACA is of great importance in my life,” she said. “I have had many opportunities, such as a good job, the opportunity to continue in college. I was able to obtain a license in cosmetology, since I have a social security number.”

The young woman has spent the last fifteen years building a life for herself and her family in Centreville, Va., with the help of the Centreville Immigration Forum, which started as a ministry of Wellspring UCC. She learned English, was able to finish high school, and go on to higher education. She supports her children here and her mother in Guatemala. “If DACA ends all my dreams will be destroyed.” 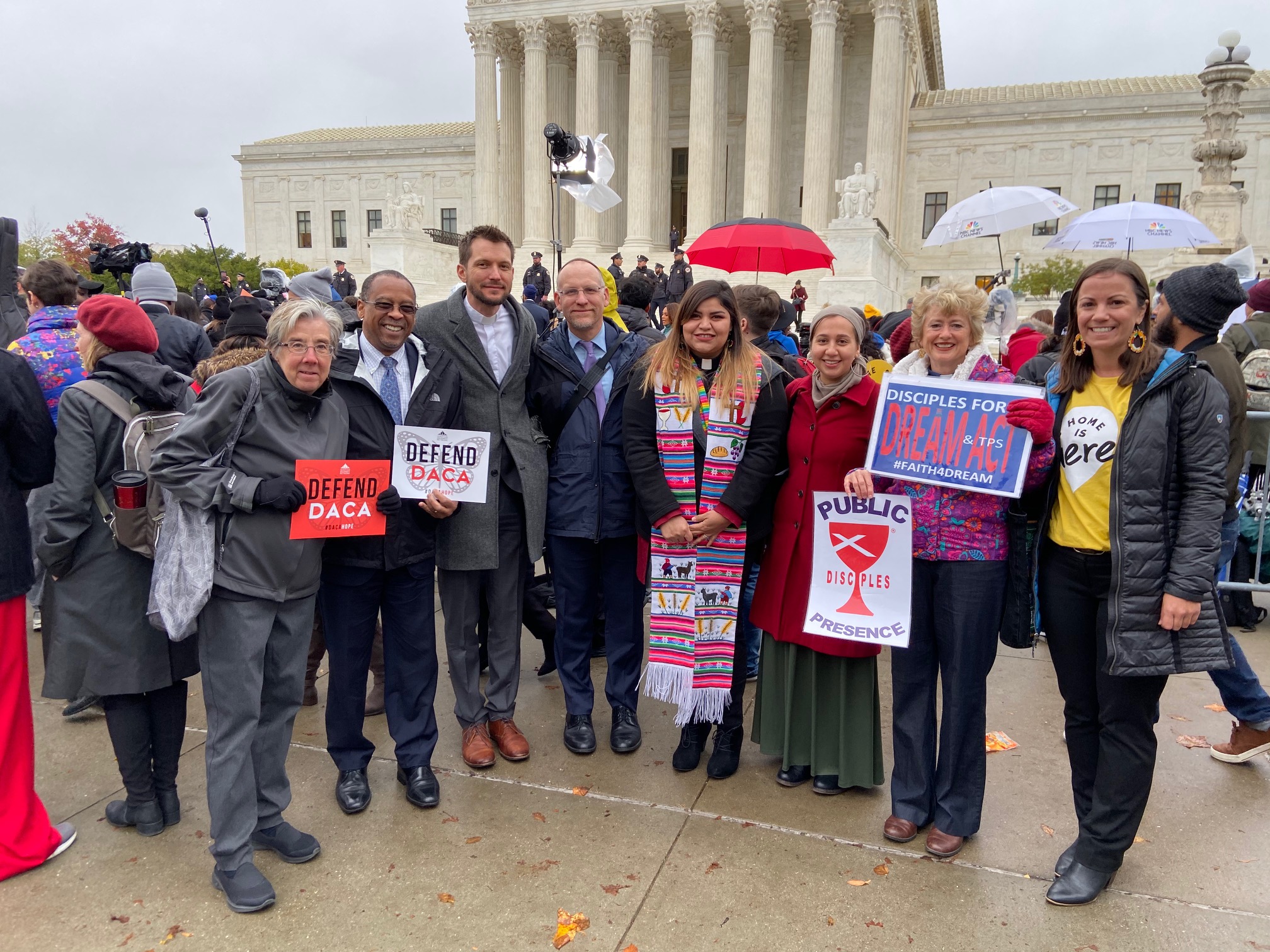 To date, every federal court that has issued a decision in a case challenging the Trump administration’s termination of DACA has preliminarily ruled against the government and concluded that the termination was likely unlawful.

In one of those cases, The Department of Homeland Security vs. Regents of the University of California, more than 120 religious organizations have filed an amicus brief in support of the respondents. Six United Church of Christ Conferences – Southwest, New York, Hawaii, Iowa, Northern California Nevada and Pacific Northwest – along with UCC congregations in Michigan and New Mexico have joined the Presbyterian Church USA, the National Council on American-Islamic Relations, several state CAIR organizations, a number of Episcopal dioceses and Jewish and Lutheran organizations in this effort led by Muslim Bar Association of New York.

The faith groups “have long supported Deferred Action for Childhood Arrivals as a compassionate and appropriate response to the humanitarian crisis posed by the hundreds of thousands of undocumented people brought to this country as children, before they could make choices of their own.” They believe that the program’s “arbitrary rescission will indelibly harm the vitality of their spiritual communities, including by forcing committed members of their congregations and organizations to leave the country or return to the shadows.” 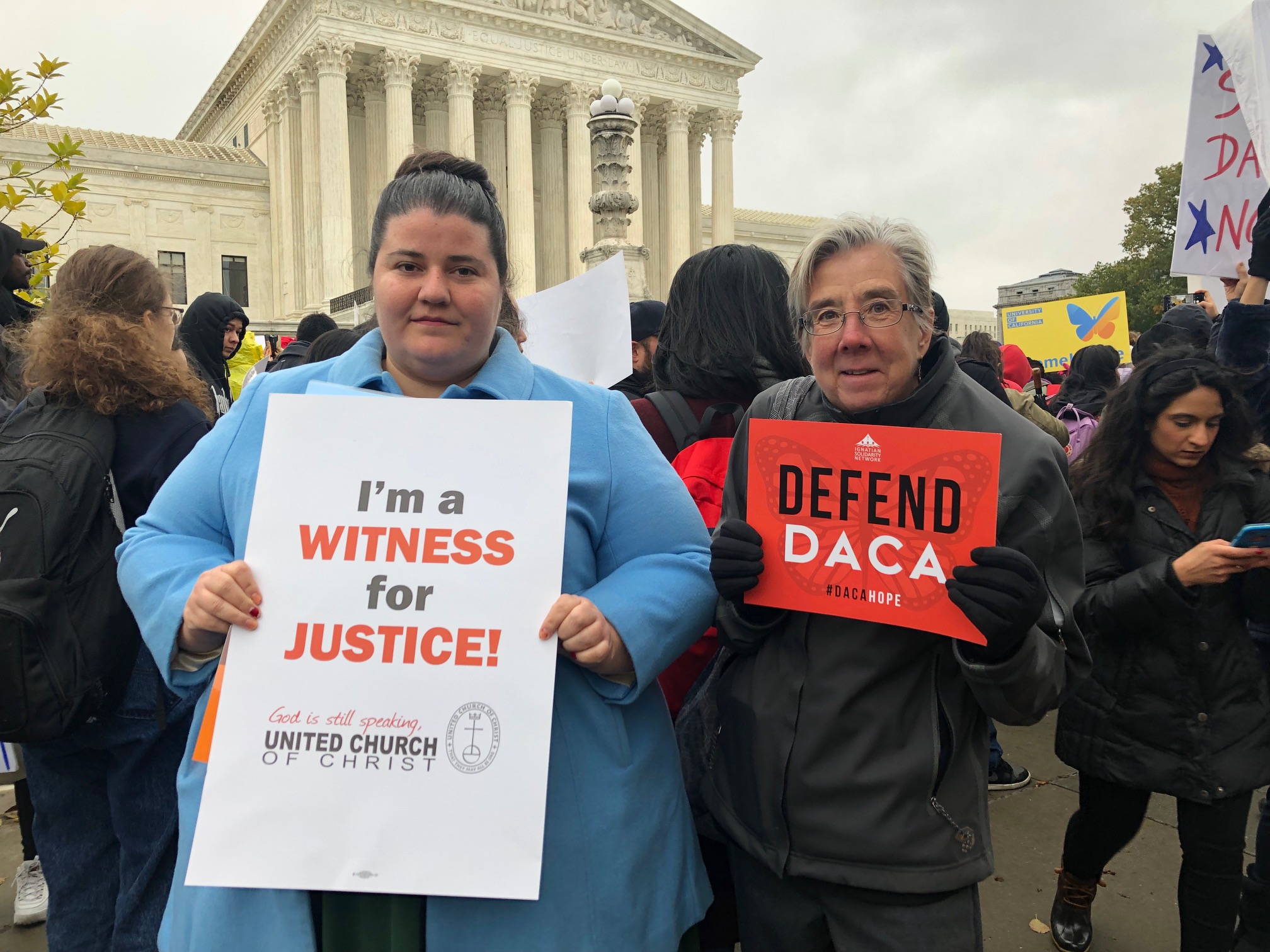 The religious organizations believe that “termination of DACA will cause irreparable harm, imperil the recipients and the people and organizations that stand in solidarity with them.”

It’s anticipated that the Court will likely issue its decision next spring, during the presidential election season. According to the National Immigration Law Center, what the Court says about how it reached its decision will be as important as what it ultimately concludes.

Dreamers, their allies and interfaith advocates hope the Supreme Court affirms the judgments of the U.S. District Court for the District of Columbia, the Court of Appeals for the Ninth Circuit and the orders of the Eastern District of New York and allows DACA protections to continue.

“I hope the Supreme Court makes a just decision,” Flor said. “We are not a bad people. We have a dream. We just want a better future.”

“It is far past time for Congress to stop leaving the fates of Dreamers and their families to the capricious nature of the courts and administration,” said Katie Adams, UCC policy advocate for domestic issues. “This is why the UCC continues to support and urge passage of the American Dream and Promise Act.”

“Our witness is deeply rooted in our varied faith traditions, to welcome neighbors and sojourners among us, and to treat them with justice and compassion. To love our neighbors as ourselves. It is also a witness rooted in our national aspirations to be a beacon of freedom and refuge for all,” Sorensen said. “We pray that justice prevails. We pray that our nation does not take yet another step backward.”