Stop Being an Individual 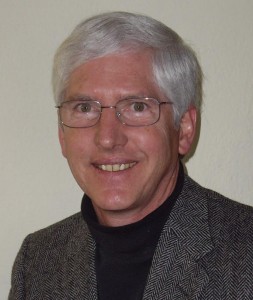 Bill McKibben -- one of the most prominent and inspiring leaders of the climate justice movement -- gets a lot of questions. One of those questions, apparently, comes up pretty often, and he has developed a short and surprising response.

In the hyper-individualistic culture of the United States, those words of instruction may be confusing, or even frightening. There are two aspects of McKibben's advice, though, that are solid, helpful and empowering.

He's certainly speaking about collective action -- something that is vividly in my heart and mind after a recent series of civil disobedience actions around the world that were led by 350.org and other groups. And I think he's also pointing to a change of mindset and values.

Let me start with the values piece, which is reflected in another question that I hear frequently. "Why should I care about climate change?"

More bluntly: What difference does a changing climate make for me, or for my immediate circle of friends? I'll be dead before things get bad, so why should I worry? What benefit do I get if I do act?

The individualistic mindset is fixated on me and mine. The values are focused on personal costs and benefits.

"Stop being an individual" points us toward a more expansive set of values and concerns. As we begin to break free of overwhelming individualism, it is possible to care in terms of "we" instead of just "me".

Our circles of concern stretch out to future generations -- even if that is just our own children and grandchildren. We can think about the common good, our collective life together as a local community, a region, a nation, a world. We might begin to think in terms of "climate justice" and the disproportionate impacts of global climate warping on large classes of people -- by income, nationality, or race.

"Stop being an individual" and start to see yourself as a responsible part of a larger community. That's a good starting place for any religious ethics. In churches that have a hard time addressing issues of social justice or climate change, the "we" of faithful ethics might be an essential -- and often neglected -- piece of spiritual development and theological education.

More directly, though, McKibben is urging people to move beyond individual, personal actions. The things that need doing to bring about substantial, institutional and cultural change require us to work together in coordinated ways. They are things that we have to do together.

Irish environmental scientist and climate educator Cara Augustenbork has written a good blog post on the topic. She said, "When Bill McKibben says 'stop being an individual', I think 'join others in working toward a common cause'. In other words, become an activist."

Not long ago, I took part in a direct action, disrupting an auction of new oil and gas leases by the US Bureau of Land Management. I choose to risk arrest as part of a collective act of civil disobedience. What happened that day was clearly something that "we" did, and that could not have been done by individuals acting alone. In this case, we were not able to stop the auction from taking place. But our collective action brought some substantial media coverage, and it (and similar disruptions of other auctions) has forced the US Secretary of the Interior to make public statements about our critique of the BLM leases. Working together, we are effecting social change in a way that individuals cannot.

While our personal choices are important, individual actions are not sufficient to bring about the scale of change that is needed. We must act together. We must be activists. We must be part of a movement.

How will you break out of the box of individualism? How will you take part in some sort of collective action? Make a decision soon, and get to work in your part of the movement.