With elections set for Monday, June 24, the United Church of Christ’s General Synod heard Friday and Saturday from candidates for two major national offices: the Rev. Karen Georgia Thompson, a new nominee for Associate General Minister, and the Rev. John Dorhauer, renominated for a second term as General Minister and President.

You can read about Thompson’s Friday-evening speech here.

Dorhauer set aside his prepared remarks Saturday morning to open his speech with a call to action on the pressing issue of immigration. He took his cue from an earlier “speak out” announcement inviting Synod attendees to join local organizations in a rally at the Milwaukee office of the U.S. Immigration and Customs Enforcement at 1:30 p.m. Monday. Marchers will protest the U.S. administration’s escalation of aggressiveness in deporting immigrants. The timing of the rally might make delegates late for an afternoon business session where other important matters of church and society will be addressed.

Taking faith-inspired public action is sometimes inconvenient, he said. “I know this complicates our life, but sometimes this is what it means to follow the lead of the Spirit,” Dorhauer said. “Whatever we need to do to make that happen, we will make it happen.” 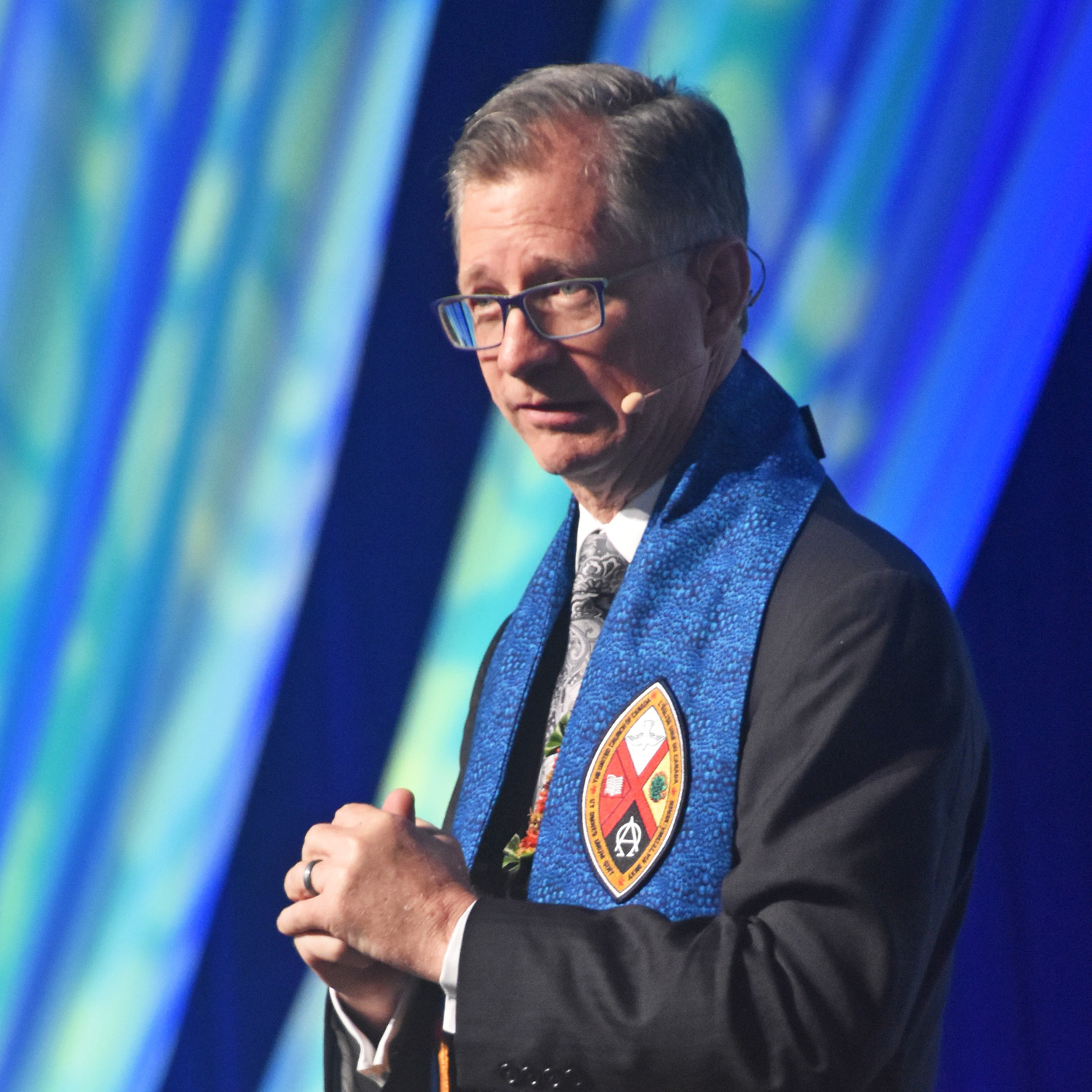 xample, Dorhauer said, of the UCC’s vocation as a church that speaks out, through a commitment to love and the Spirit’s leading. “The Holy Spirit envisions a future in which we matter” said Dorhauer, addressing some 700 delegates from throughout the 900,000-member church. He said the General Synod’s tradition of leadership over the years is needed now more than ever as “a necessary antidote to narratives of condemnation and fear” in a world where children are kept in cages at the U.S.-Mexico border, transgender people are denied military service, “immigrants and refugees no longer see America as their safe haven,” and women remain in danger of bodily harm “from the violent desires of the men around them.”

Dorhauer, elected to his first four-year term in 2015 and the sole nominee for reelection, said the leading of the Holy Spirit should even extend to Monday’s vote. The UCC’s tradition, he told the Synod, is that “the Holy Spirit moves when we gather together. You are the ones to whom the Spirit reveals herself.” Though he feels called to continue as General Minister and President, there might be reasons why the Synod might differ, including the fact that “it is past time for a woman to be serving in this position,” Dorhauer said. “I stand ready to serve only if and when you feel the Holy Spirit calling you to that as well.”

The UCC is and will continue to be in “a significant season of change,” Dorhauer said. He mentioned a number of churchwide projects undertaken in his first term. Among them were:

“With great humility, I ask you to prayerfully consider reaffirming my call,” Dorhauer said. “I promise to serve you faithfully, to stand in the face of resistance, and to call the body of Christ to transformation.”