Roger Shinn and the UCC Statement of Faith 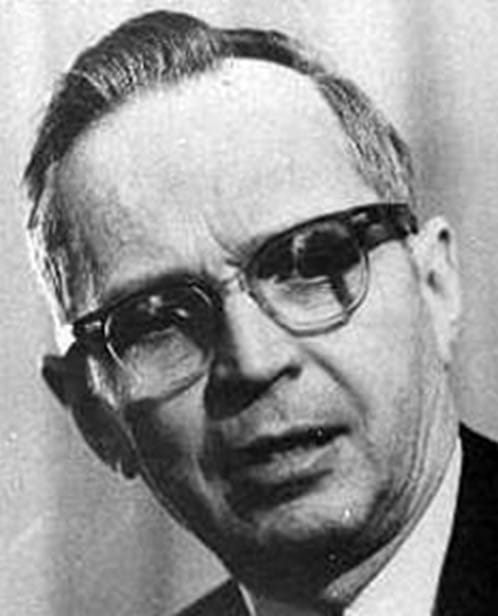 Roger Shinn (1917- 2013) was a key member of that team. Born in Germantown, Ohio, and rooted in Evangelical and Reformed history, Shinn studied at Heidelberg College and later at Union Theological Seminary in New York. He served in the infantry during World War II, where his theology of social ethics was tested. After ordination he taught at Heidelberg, Vanderbilt, and Union Seminary. Near the end of his career he briefly served as Union’s president.

Shinn lectured extensively at many colleges, universities and churches. He remained active in world-wide ecumenical activities. His 15 books and many articles expanded theological topics—exploring war, death, genetics and history in new ways. As the United Church of Christ matured, Shinn, unlike some academic scholars, stayed deeply engaged within the church.

Church “creeds” often focus on the “Father, Son, and Holy Spirit.” Shinn reminded us that the UCC Statement does not do that. It celebrates the deeds of God—the Holy one who creates, seeks, judges, comes, shares, bestows, calls and promises. In 1981, when the UCC moved to recast historic language habits to make them more inclusive, Shinn helped the church embrace the Statement of Faith as a prayer/doxology centered on the deeds of God.

The UCC Statement of Faith ends with Shinn’s passion for social ethics. It invites us to remember that God promises “courage in the struggle for justice and peace,” and God’s “presence in trial and rejoicing.” Shinn was always practical. He insisted that “…the church by its very nature must maintain a sensitivity to a tradition that has made it and a contemporaneous task that is still making it.”

Black Leadership in the UCC

Executive Associate, JLCM Many of the “Witness for Justice” opinion editorials authored by...

Area Executive for Latin America and the Caribbean We Christians often think that...