Reversing climate change urgent ‘but not beyond us,’ UCC leaders say in national summit 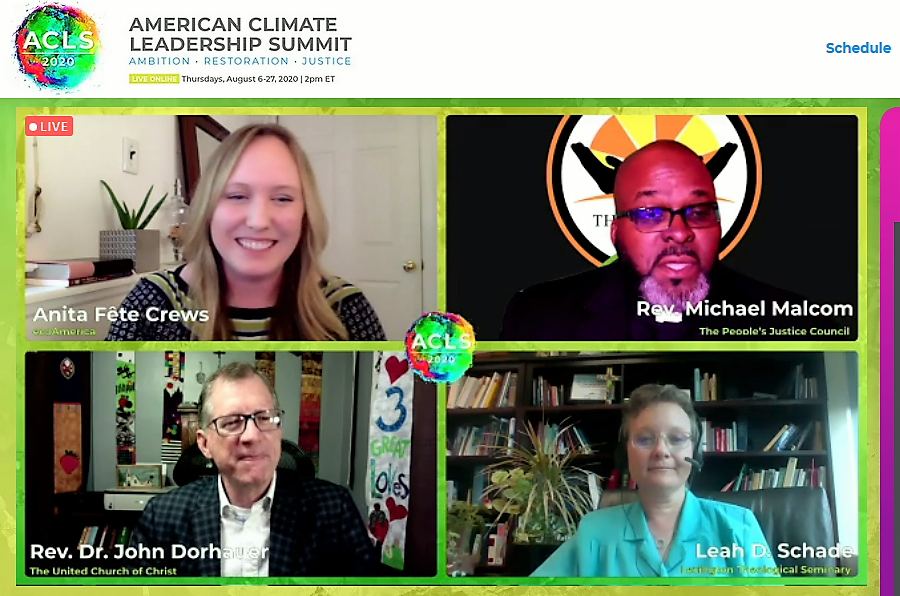 “We refuse to believe there is no hope, no pathway to a healthy earth and a common bond between all races of people,” said the Rev. John Dorhauer, UCC general minister and president, in his opening prayer for the national event. “We accept our responsibility as active participants in the unfolding future of green living and liberation from oppression. We embrace our agency as stewards of your handiwork and crafters of your justice.”

“Our old normal was oriented to the way things were,” said the Rev. Michael Malcom, a UCC minister who heads Alabama Interfaith Power and Light. “Our systems were terribly corrupt and broken. COVID has come along and disoriented us,” as have this summer’s uprisings against police brutality, he said – and the church can play a role in reorienting society to a new world of environmental and other forms of justice.

Organized by the nonprofit ecoAmerica and now in its ninth year, the normally in-person event has been moved online due to the COVID-19 pandemic. Its three-hour webinars at 2 p.m. EDT Thursdays are open to the public. An agenda and registration link for the remaining sessions, Aug. 20 and 27, can be found here.

The summit gathers faith, health, higher education, business and community leaders, who, as ecoAmerica’s website puts it, “have the power to inspire tens of millions of Americans on climate change.”

Urgency, challenge and ‘a noble calling’

In their opening remarks Aug. 6, the summit’s hosts set an urgent tone.

“We must center justice in our work,” added Noticiero Telemundo journalist and anchor Vanessa Hauc, who is co-hosting the event with Speiser. This, Hauc said, includes “a just transition away from fossil fuels,” care for affected workers and communities and “dismantling racism – environmental racism – and prioritizing inclusion.”

Speiser then called on Dorhauer for the invocation (see video at right).

He introduced the prayer by calling climate-justice work “a noble calling. It invites us to preserve for future generations all with which the earth blesses us. But let us also remember that of late we have been less stewards of creation than consumers of all that mother earth provides. And we have set in motion a series of conditions and circumstances that threaten the life of this planet as we know it.”

In his prayer, he invoked many attributes of the divine – calling out at one point “to the imagination that dreams of a restored planet absent our oil-spilled waters and nuclear waste, our carbon-crusted clouds and our poisoned wells, our gouged mountaintops and our paved paradises. To the same imagination that dreams still that one day all of her children will be judged not by the color of their skin but the content of their character. … We stand before you, O, our creator, aware of our challenge and convicted by the call to matter and make a difference.”

Malcom said the church is positioned to be part of the climate justice movement because it knows the biblical pattern of “moving from orientation to disorientation to reorientation,” an insight he attributed to UCC theologian Walter Brueggemann.

Reorientation to new conditions is also part of many faith traditions, and the church should bring that wisdom to interdisciplinary efforts with “doctors, policy wonks, decision makers, legislators,” Malcom said. What the world needs now, he said, is to “reorient to is a new normal that’s not corrupt … I believe we can help with that.”

Dorhauer and Malcom noted specific measures churches can take at local and denominational levels, ranging from big projects like the UCC’s 1987 “Toxic Wastes and Race” study and the subsequent 1991 environmental justice summit for people of color, to something as simple as designating one or two people in a congregation to manage regular eco justice letter-writing efforts, and supporting community organizations already fighting climate breakdown.

The discussion had opened with a question from Crews about the grief people are experiencing amid climate degradation. Panelists urged people to take heart in activism, in the commands of faith to care for God’s creation, and in pausing to observe earth’s beauty.

One listener, the Rev. Brooks Berndt, UCC minister for environment justice, said he appreciated it all. 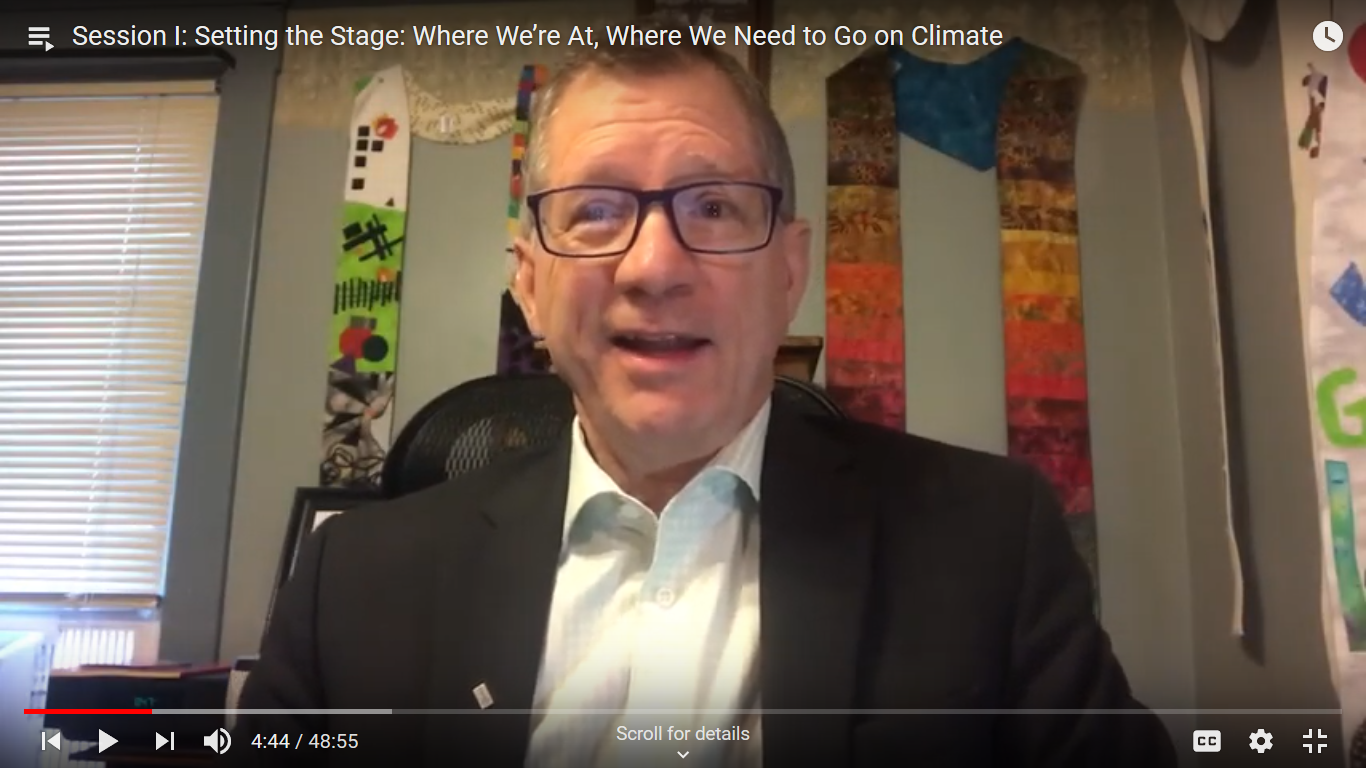 “In representing voices of faith at the American Climate Leadership Summit, Dorhauer and Malcom embodied both the pastoral and the prophetic ministries of the church,” Berndt said. “They tended to the fear and grief that the climate crisis provokes. At the same time, they underscored the need to become involved and act with a resolute sense of justice. For an audience in which many come from secular institutions and agencies, they showed the unique gifts and potential that faith communities have to offer in addressing the critical issues of our time.”

With session titles like “Uncharted Waters: Climate Justice Amid Compound Crises Today” and “Multi-Solving: Pandemic, Economy, Racism, Climate Change,” the summit has been frank about the severity of current conditions and the urgent need to start reversing them now.

“This work is not beyond us, but it will require all that we can and all that we have,” Dorhauer prayed on Aug. 6. “So let us not grow weary or give in to despair. In moments when hope wains, sustain us, at times when imagination fails, inspire us, and when enemies threaten, embolden us. With each of our shared actions, let the earth heal.”