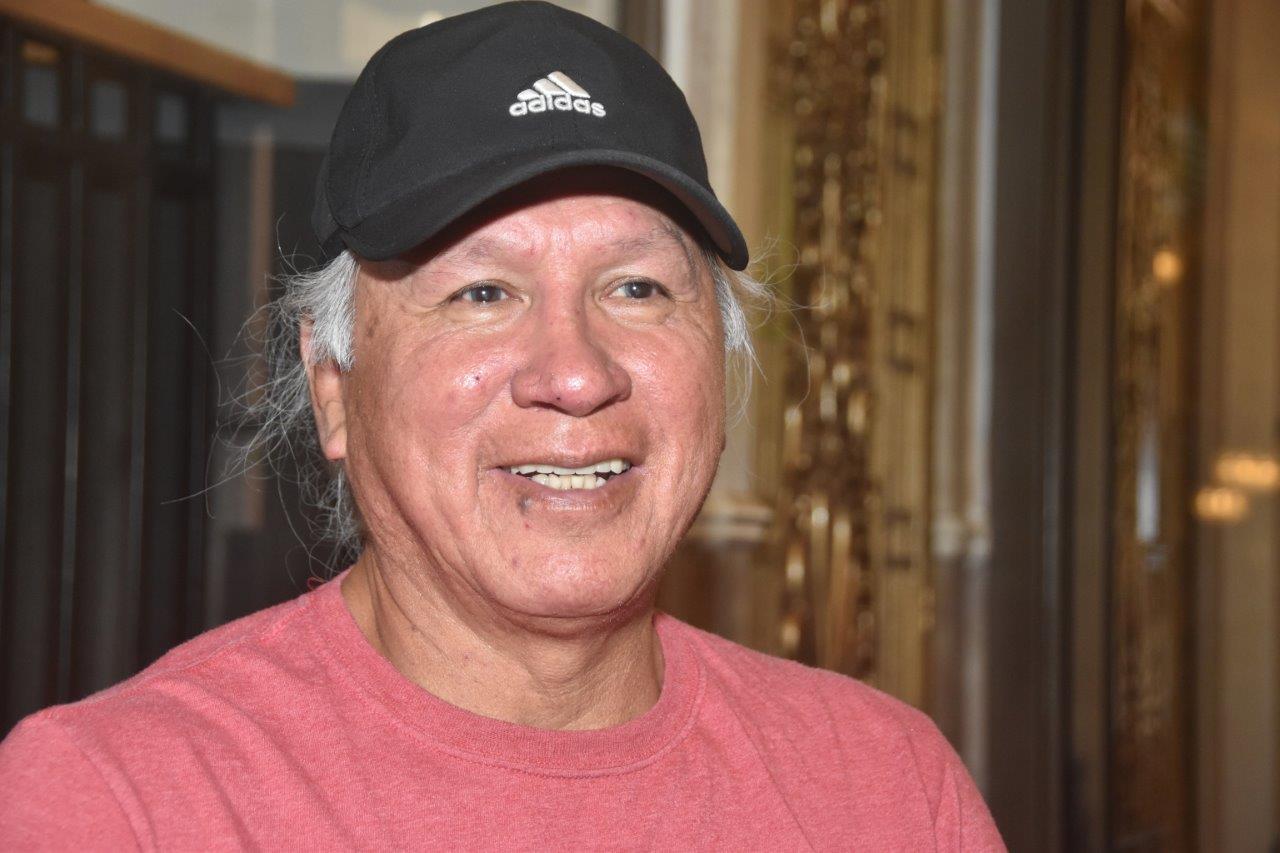 For his entire life, United Church of Christ member Larry Littlegeorge has felt called to repudiate the Doctrine of Discovery and its effects on Native peoples. For his family, it’s personal.

His sisters, Rhonda, Alice, and Crystal Littlegeorge, needed urgent medical care in 1959 – that’s what their parents, members of the Hocak (Ho Chunk) nation, were told. The parents signed papers that would grant permission for the girls’ treatment. Only later would they learn that this had put their children into foster care. Five years later, the three sisters would be adopted by different white families. Separated from each other and their parents, they did not reunite until 1989.

Like his sisters, Larry Littlegeorge was taken from his home at a young age to be adopted and raised in a white family. Returning to his community after college, he found himself struggling with both worlds. “I know what it is to sleep in a cardboard box,” he said, “to panhandle, to be told, ‘Hey Chief, hey Indian, get out of the gutter and get back into the sewer.'”

The practice of child separation, common in its day, was a direct consequence of the Doctrine of Discovery, Littlegeorge says. In the 1400s, papal bulls granted Catholic monarchs title to lands “discovered” outside Europe, including the right to conquer people who lived there. Although the young United States Constitution prohibited establishment of religion, the Supreme Court relied upon the Doctrine to establish sovereignty over its expanding territories. It forms the basis for laws restricting sales of firearms and alcohol to Native peoples to this day.

The United Church of Christ’s General Synod, whose biennial meeting Littlegeorge is attending at Milwaukee’s Wisconsin Center, overwhelmingly repudiated the doctrine in 2013. But the legal, social, and political structures created in it and through it remain. The UCC’s statewide Wisconsin Conference voted this year to repudiate the Doctrine as well through a resolution submitted by Hocak (Ho Chunk) UCC of Black River Falls, encouraged by Littlegeorge. They have further urged other settings of the UCC to study the Doctrine and the way it still oppresses native peoples.

But as Littlegeorge asks: Now what are we going to do about it?

He has begun work to establish a “UCC Foundation for Justice,” whose primary mission is to examine state and federal statutes and work to repeal or overturn those that continue to work their evil. Getting to the root of it, said Littlegeorge, “will take care of a lot of other things.”

During Synod worship on Sunday, June 23, he stood with other members of his nation and his church to lead the Lord’s Prayer in his own language.

LIttlegeorge’s work against the Doctrine’s effects on Native peoples dates at as far back as high school, when he wrote a paper about it. As a church member, each new learning fed his passion for justice, increased his awareness of the historical and intergenerational trauma. If he doesn’t continue the work, he wonders, “Who will?”

For his foundation, he plans to seek financial help – and the emotional, spiritual, and political support of the UCC’s churches and members – to turn over these old tables, scatter their accumulated evils to the ground, and return God’s temple to the people.