by Rebekah Choate | published on Jan 26, 2017
Written by Anthony Moujaes 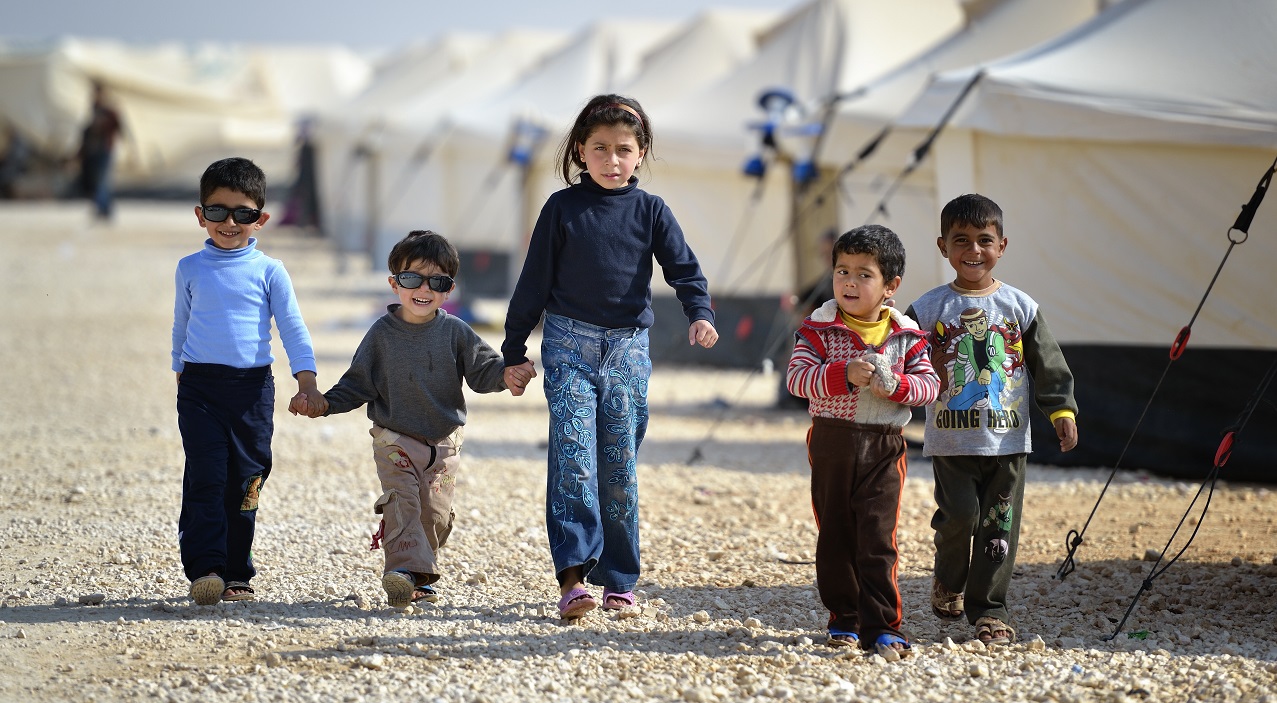 Despite the latest actions from the White House, religious leaders and refugee proponents from the United Church of Christ joined dozens of other Christian, Jewish and Muslim groups on Thursday, vowing to continue loving their neighbors, working to keep America’s doors open to refugees.

President Donald Trump is expected to sign an executive order this week that bars all refugee resettlement for 120 days, suspends refugees from war-torn Syria “until further notice,” and halts all travel to the U.S. for 30 days to anyone from Syria, Iraq, Iran, Libya, Somalia, Sudan and Yemen.

The proposed move was swiftly condemned by UCC General Minister and President the Rev. John C. Dorhauer. He and a group of faith leaders, along with former Secretary of State Madeline Albright, urging the president not to sign the order. In the eyes of those who envision an America that welcomes refugees and immigrant groups to its shores, the brightly-lit torch held by the Statue of Liberty is dimmed by this order.

“As a religious leader, I am gravely concerned,” Dorhauer said. “I ask myself: when do we stop being America? I think it could begin the moment any refugee thinks of us as a land to fear; when the alien, stranger, immigrant, and refugee no longer know the air they breathe here is free; when the tired, poor, and tempest-tossed see the Statue of Liberty as a closed gate rather than the outstretched arm of hope and comfort. Vigilance is called for. We cannot sit by and let this happen.”

Faith leaders are concerned that the move will separate families in which one or more members have been admitted to the U.S., while others await approval for resettlement. Additionally, with the freeze, would-be-refugees who have sold all their possessions and purchased flights, and obtained the proper documentation would be restricted from entering the country and left in limbo.

Albright said when she saw a draft of the order, she felt she had no choice but to “speak out against it in the strongest possible terms.”

“It does not represent who were are as a country,” she said. “It is a cruel measure that represents a stark departure from America’s core values… There is no data to support the idea that refugees pose a threat. This policy is based on fear, not fact.”

During his campaign, Trump vowed to establish a ban on all Muslims to keep them from entering the United States, and while his order isn’t a wide-ranging ban for practitioners of Islam, the nations named in the executive order are all predominantly Muslim.

“There is no question this order is biased toward Muslims,” said Albright, whose family came to America as refugees.

There are an estimated 65 million people displaced around the globe, marking this as the worst period of humanitarian crisis. Approximately 13 million of those refugees are Syrians attempting to flee violence which first erupted in their country with a civil war in 2011. Refugees are vetted more than any other category of traveler. The process takes at least 18-24 months, and is completed by multiple U.S. intelligence agencies —  seven security checks, which include biometric tests, medical screenings and in-person interviews with Department of Homeland Security officials — all before a refugee can enter the country.

The Rev. Mary Schaller Blauffus, who leads the UCC’s Global Sharing of Resources team, said, “As people of faith communities exercising extravagant welcome, we stand as a public witness with others who also believe in the American promise of liberty and justice for all.”

Bishop Joe S. Vasquez, with the U.S. Conference of Catholic Bishops, said, “We should not simply shut down a good and safe system… There is an urgent need for U.S. leadership to provide leadership and freedom from persecution.”

Dorhauer suggested that Trump needs to be reminded that Lady Liberty “stretches her arms out in New York Harbor to receive those whom other nations have cast aside,” he said. “Her lamp shines as a beacon of hope and inspiration to those who seek freedom from tyranny and oppression. Those arms will sag now under the burden of his imposed ban on the world’s most vulnerable souls. Her lamp will dim and go out if he does not reconsider his action. Trump’s ban on refugees displays a xenophobia, fear, and paranoia that cannot become the lenses through which our foreign policy gets negotiated.”

“There is no fine print on the Statue of Liberty,” Albright said, “and today she is weeping.”

UCC leaders are urging anyone who opposes the ban to contact their Congressional representatives.