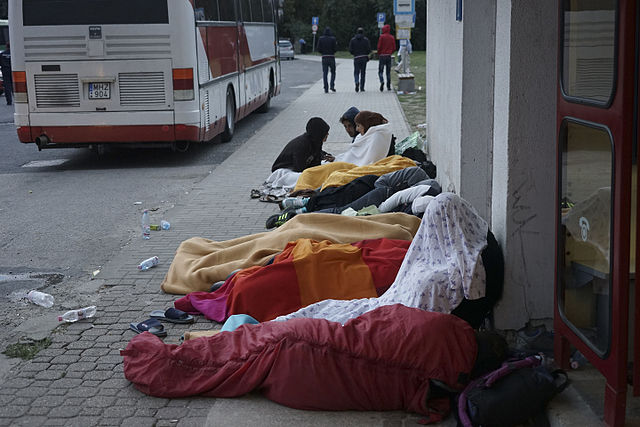 Almost 100 United Church of Christ clergy, pastors and executives are among 2,000 interfaith leaders from across the country opposing President Donald Trump's plan to block refugees from entering the United States. Those religious leaders — which include 95 UCC national and conference leaders, as well as active and retired local church pastors — are asking for continued support of refugee resettlement as part of their faith call to welcome the stranger.

"The U.S. Refugee Resettlement program has been and should remain open to those of all nationalities and religions who face persecution on account of the reasons enumerated under U.S. law," reads the letter, signed by UCC national officers the Rev. John C. Dorhauer and the Rev. James Moos.

Trump signed an executive order on Friday, Jan. 27, that puts a temporary halt on the nation's refugee resettlement program.

"We oppose any policy change that would prevent refugees from Syria, Iraq, Iran, Libya, Somalia, Sudan, and Yemen, or individuals who practice Islam and other faiths from accessing the U.S. refugee resettlement program. Proposals that would have the U.S. State Department disqualify refugees from protection based on their nationality or religion fly in the face of the very principles this nation was built upon, contradict the legacy of leadership our country has historically demonstrated, and dishonor our shared humanity."