The United Church of Christ is looking to turn to a fresh page by finding ways to offer more support for refugee-welcoming congregations across the wider church. 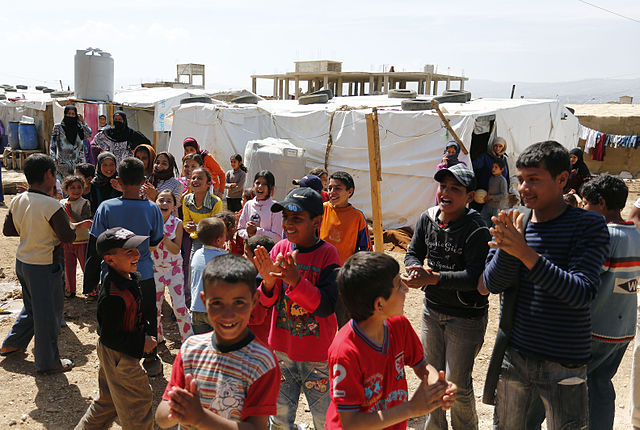 The United Church of Christ is looking to turn to a fresh page by finding ways to offer more support for refugee-welcoming congregations across the wider church. The project became even more important Wednesday, Jan. 20, when a bill that would have paused the resettlement of refugees from Syria and Iraq was blocked by the Senate, opening the doors to thousands who are fleeing persecution in their home countries.

Ariel Royer is helping kick start the project. The Global Ministries intern will be connecting with UCC churches and conference offices during her assignment to compile a living database of local congregations that are hosting, welcoming or supporting refugees in the U.S. in any way, or have done so in the past.

Royer, a Global Mission Intern for Global Ministries, the shared global ministry of the UCC and Christian Church (Disciples of Christ), has served over the last three years with several Global Ministries partners in the Middle East. Now her mission is coordinating the refugee database, a domestic project that will keep her busy from January through March. She will work with Church World Service, a partner organization that assists with resettlement and immigration, to find out what congregations have done in the past in terms of helping refugees. That way, the UCC national offices can support those congregations in the near future by connecting them with resettlement agencies, and linking similar refugee-welcoming congregations to share best practices.

“We’re collecting a list of congregations that have welcomed refugees — not asylum seekers and not undocumented immigrants, because those are categorized differently by the State Department — who have felt persecuted and fled their home countries for safety,” Royer said.

The national setting of the UCC, along with Church World Service, has pressed government leaders to do more in response to a refugee crisis that has seen hundreds of thousands of Syrians fleeing through Europe. So far, the American government has allowed about 1,500 refugees to resettle in the United States and has promised to resettle 10,000 this year.

“[There are several ways] congregations are sponsoring families, from housing them or helping with apartments, to having a community drive for household supplies,” Royer said.

“The Syrians are such a small portion of the refugees the U.S. might resettle,” explained the Rev. Mary Schaller Blaufuss, team leader for the UCC Global Sharing of Resources. “The Syrians have been in the news and that’s been a trigger, but this is a way to highlight the wider refugee response the church is engaged in. Church World Service is a key national and international actor in refugee resettlement.”

Added Blaufuss, “With Global Mission Interns doing home assignments, we are hoping to embody the impact of global mission in local settings, and Ariel’s mission is an example of this. Her particular assignment of identifying refugee-welcoming congregations is relevant today so we can better welcome refuges as the United Church of Christ as a whole — both now and in future.”

Congregations interested in acting to help refugees, or wanting to identify themselves as having welcomed refugees previously can email Blaufuss at blaufusm@ucc.org.