Commentary: The Kindness of Strangers 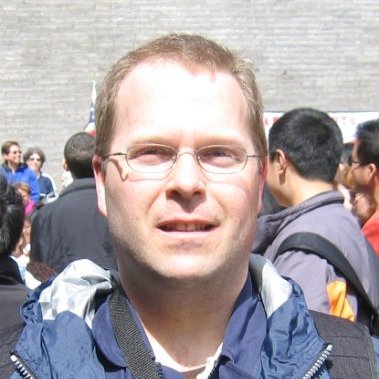 When I was growing up, my family moved –– on average –– every two years. From city to city, state to state, one country to another. I attended nine different schools before graduation. Like Blanche DuBois inA Streetcar Named Desire, “I have always depended on the kindness of strangers.”

We have all had the experience of being a stranger in a strange land. To one degree or another, we have all relied on others to welcome us, to ease our anxieties in an unfamiliar place, to make us feel at home. Having been there ourselves should strengthen the moral fiber in all of us to welcome others when they appear confused, anxious, and lost.

We have observed Europe’s dramatic encounter with the stranger this summer. In recent weeks, thousands of migrants have clamored for the Mediterranean shores and gateway cities of Europe. The majority are refugees from Syria, Iraq, or various African countries. Many have risked hazardous journeys to escape years of violence, trauma and poverty. Most flee with few possessions and often pay inflated sums to sketchy transporters who promise safe passage but seldom deliver. Hundreds have died in tragic accidents as their boats capsized or they became trapped in suffocating vehicles. The horrific image of a drowned Syrian toddler whose body washed up on a Turkish beach became the emblem of these desperate refugees seeking hope and help in Europe.

As we saw, however, these refugees encountered contrasting displays of hospitality and hostility. In some countries, refugees were harassed and denied entry and access to transportation. In others, they were welcomed by crowds and promised shelter and services. Germany has pledged to take in 800,000 Syrian refugees, and is urging other countries to increase their immigrant quotas. In Iceland, the public took to social media to open up private homes to refugees and to press their government to do more.

While the story this summer has been of refugees in Europe, recall last summer the U.S. faced the same option to welcome or turn away thousands of refugee families and unaccompanied children fleeing violence in Mexico and Central America. While the Obama Administration took a hard line with these refugees, stepping up deportations and family detentions, many churches and communities demonstrated generous hospitality. Out of faith commitments to “welcome the stranger” and acknowledgment that most of our forebears were once immigrants, many continue to open their hearts and doors to refugees and migrants in need, whether from across our southern border or from the Middle East.

Grassroots campaigns have begun to push the U.S. also to take greater responsibility for receiving refugees from Syria. Although the U.S. has contributed significantly to the violence and instability in the region, it has resettled only 1,517 Syrian refugees since the start of the conflict. In contrast, the U.S. settled over 700,000 Vietnamese refugees between 1975 and 2002. The U.S. can afford to do more for vulnerable Syrians.

Refugees share the same hopes and fears as us. We have all been that stranger who has had to rely on the kindness of strangers. We should demonstrate the kindness and conviction to welcome others as we would hope to be welcomed.

Derek Duncan is Associate for Global Advocacy and Education.