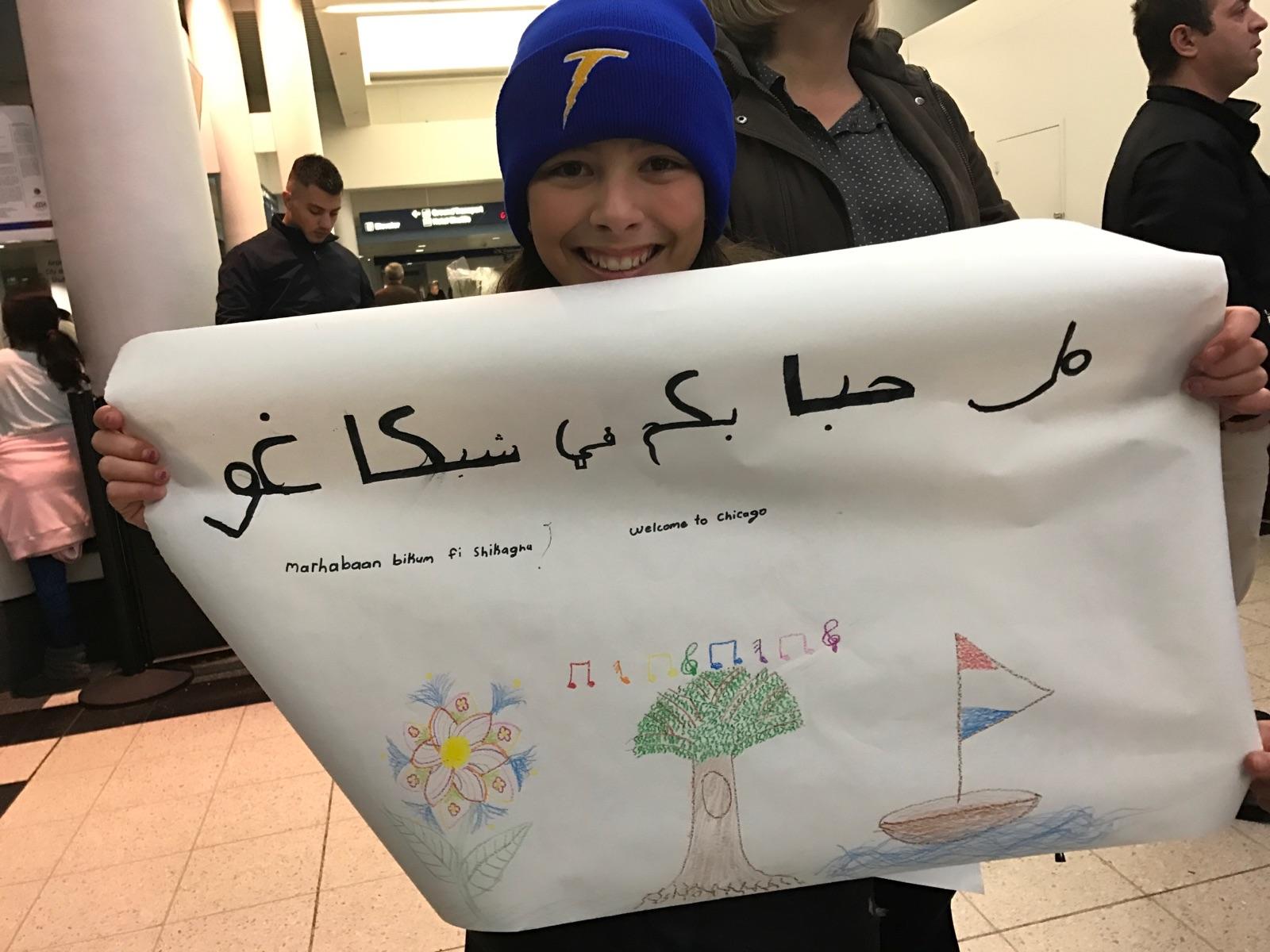 As a three-judge appellate court panel was listening to arguments on the constitutionality of the Trump administration travel ban, a Syrian family, bound for Chicago’s O’Hare Airport and a UCC welcome, was in the final hours of a journey from Turkey to resettlement in Illinois.

Tuesday evening, Feb. 7, the family of four, a father in his mid-fifties, a mother in her mid-sixties and two boys, an older teenager and a 10-year old, stepped off the plane into the welcoming arms of more than a dozen people, the Refugee Care Team from Epiphany UCC. Though they arrived a day later than originally planned, Epiphany members are celebrating the fact that the family was able to get to the United States at all. Their trip, rescheduled a few times, was cancelled without warning almost two weeks ago after President Trump’s executive order temporarily halted all immigrant travel from seven predominantly Muslim countries, and suspended refugees from Syria until further notice. But after a Washington state judge blocked the executive order on Friday, Feb. 3, the boys and their parents were able to have their travel plans reinstated.

“We received word that our family had been rescheduled for this evening, and, indeed, they did arrive safe and sound from Turkey a couple of hours ago,” the Rev. Kevin McLemore, pastor of the church in the North Center neighborhood wrote last night.  “Prayers, action, and good lawyering made this possible – many thanks to God for this outcome. Now we begin our journey of helping this family make their transition to the U.S. over the next six months!”