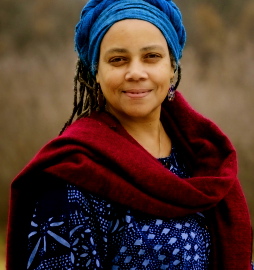 Civil rights history has left us a strong legacy of political advocacy connected to practical changes that are discussed at the kitchen table in everyday life.  The church has raised up orators–preachers and teachers who lead political and policy based campaigns. A generation of political success, have made the single-issue political/policy campaign the response of choice when faced with racism and other social iniquities. The single-issue campaign is a monoculture that has also had the unintended result of “weed whacking” racism. We all know what happens when you keep cutting off the top of a plant instead of pulling up the root—the stalks increase in number and strength.

Fifty years after “winning” with desegregation, we find a war being waged against our children in the streets and segregation replicated around the world. Sometimes we mistakenly believe we must choose between only fighting the race war or only creating safe, sustainable communities. Like the Israelites who rebuilt the wall of Jerusalem with one hand and fought assailants with the other, we must become ambidextrous in our social campaigns.

Having lead social justice interventions during times of crisis, the Franklinton Center is now preparing us to be a “sustainable race” at all times. September 16-17, 2016 is the first in a series of workshops that blend spirituality and sustainability for activists serving on Mother Earth’s frontlines. Led by Revs. Dele and Steve Halsted, these gatherings promise to create spiritual community while solidifying practical, local solutions for food sovereignty and toxic waste concerns in Eastern North Carolina. Scientists and sustainability experts across the globe are calling for increased inner awareness to guide all our relations. Since inner awareness is the realm of The Church, we are answering the call to sharpen inner awareness amongst our members so that we may more effectively meet the challenges of the 21st century.

The environmental crisis has connected us to root causes of social iniquities and revealed there can be a continuum of practical, political, and policy responses to one social injustice. For example, confined animal feeding operations (CAFO’s) not only impact worker’s rights, animal rights, and state and federal pollution standards. CAFO’s alert us to the need for locally owned and cooperatively run business models which protect bio diversity, soil integrity and water quality. These various social justice workers must recognize how we are related so we may receive the reciprocal support that comes from conscious connections.

In order for religious and social activists to connect human, economic and environmental wellbeing, we find that we must pull up a chair and set a place for Mother Earth at the table of the “Beloved Community”. We must also learn to share the complexities of climate crises in kitchen table terms. We must listen to Mother Earth’s voice and add an earth-based response to racism and other social injustices. We are finding that earth based responses re-activate the church function of domestic mission that was so prevalent two generations ago. It is reassuring that recycling social paradigms can be as beneficial as recycling aluminum….nothing new under the sun.

In addition to managers of social programs that heal and mend, prophetic missionaries are stepping forward as mystics and poets, calling for creativity in releasing the personal strands we hold of racism–calling for creativity in removing social injustices and raising up a sustainable human race. They are weavers knitting a new social fabric that breathes freely even while it covers the new forms   we are taking.

While worship and discipleship occur within the center of Christian community, mission occurs on the edge in tandem with prophecy. Prophecy rises from the margins of society to alert us where the loose threads must be rewoven or where the broken places must once again be made whole. From these broken places churches discern which mission or which specific task they will perform.  Sometimes the mission– is to mend, heal or reform. Sometimes the mission is prophetic—that is to prepare for drought and famine or to prevent flooding.

Old Testament examples of prophetic mission include Noah and Joseph. Noah built a vehicle that transported people through catastrophe into a promise. Joseph built a system that sustained people in the promise of abundance during famine. Both the vehicle and the system were precise and disciplined—each one balancing spiritual gifts (power) with spiritual fruit (character).

Noah’s prophetic vehicle was service. Unlike the prophets that spoke Truth to power, Noah did not make speeches. He did not chastise, upbraid or condemn the priests or politicians of that time. He did not organize a brick makers union, argue for better wages, or rally the masses to march through the wilderness. He did not evangelize, preach, teach or heal. He listened directly to God and acted directly on precise instructions. The ark he built did not look like the arks they were accustomed to using because this ark had to survive conditions they had not experienced before. The ark was a vehicle to take the faithful to safety in the midst of climate change.

Likewise churches need new arks to carry us through the social and natural climate changes ahead. One of the new vehicles we must build is a new economic vehicle. Our charity models will not make the shift.

Ten years ago, the movie Shift was shown in high schools across the United States to inform students that the era of the big company was over. No longer could you be faithful to one company for 30 years and receive retirement security from your faithfulness. This movie informed students that they would need to be emotionally and intellectually flexible enough to work possibly 14 different jobs over their lifetime or create their own job.

We also need new systems that prepare for new realities and prevent falling into racism’s pipeline to disaster. Undoing racism means facing deeply ingrained fear and reviving the cooperative leagues and associations of our fore parents to repurpose returning citizens for a global economy.

While racism, like a well-oiled football machine, systematically moves its ball down the field to touchdowns of prison, food deserts, and privatized water; we may consider Jesus’s style of prophetic mission — systematic interception. Wherever he met with faith, Jesus intercepted fear so ordinary people could experience the kingdom of God on Earth.

Let our prophets intercept youth at risk and tuck them into a “school to business pipeline”. Let prophets intercept drinking water pirates and outrun them with locally owned rainwater catchment systems. Let prophets intercept food deserts by healing the land to produce healthy food without chemicals. As we connect the dots to successful interceptions, I envision a prophetic defensive line that prevails into an end zone of liberation and abundance for all.

Rev. Dele is a UCC minister with dual Baptist affiliations. Also a grandmother, theologian, visiting professor in permaculture, contemplative and social activist, she uses her skills as a Climate Reality Leader and spiritual director to assist churches model sustainability in underserved communities. Her vision is for all human souls to redeem and nurture the earth’s soil for climate resilience. She can be reached for speaking and teaching engagements at wearenaturesfriends@gmail.com; www.revdele.com

**In the spirit of fostering cross-pollination, the Pollinator posts the perspectives of guest bloggers. The perspectives of these writers are not necessarily endorsed by the Environmental Justice Program of the UCC. The only requirement is that the articles address matters of systemic change**