Motivated by Love, A Doctor Prescribes Action on Methane Pollution 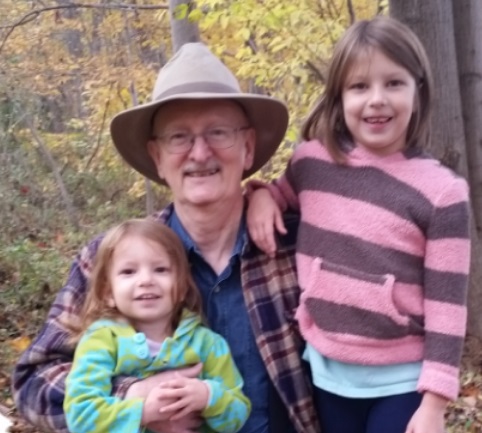 Ephesians tells us, "Take no part in the unfruitful works of darkness but instead expose them." As a doctor specializing in environmental and community medicine, I do this by educating the public about methane and its sources. In the last few years, more evidence has accumulated about the health dangers of natural gas and fracking. The oil and gas industry annually dumps more than 9 million tons of methane and other pollutants like benzene, a carcinogen, into the air. The U.S. oil and gas industry is this country’s largest source of methane.

These pollutants have multiple harmful effects. First, regarding greenhouse gases and climate change, methane is 86 times more potent than carbon dioxide from coal-fired power plants in driving climate change in the first 20 years after it is emitted. Second, many of the toxic air pollutants from oil and gas are linked to increased risks of cancer and respiratory disorders, as well as to other medical conditions. Third, these pollutants contribute to ozone (smog) pollution that is particularly prevalent in warmer months.

In 2014, research demonstrated a statistical association between the density and proximity of natural gas wells within a 10-mile radius of mothers’ homes and the incidence of congenital heart defects.

In 2015 an association was proven between the density of gas wells and increased rates of hospitalization for cardiac, neurological, urological, cancer-related, and skin-related problems.

The year 2016 provided three important additions to the evidence of a relation between fracking and health problems. Proximity to natural gas and fracking operations was proven to worsen symptoms of asthma; expectant mothers living in active fracking areas were shown to have an increased risk of premature delivery; and endocrine-disrupting chemicals were documented in surface waters near disposal sites for fracking wastewater in West Virginia. (Such chemicals can have potent effects on human development at exceedingly low concentrations, if they occur during critical developmental windows.)

Recent data show that 1.5 million Pennsylvanians live within a half-mile of active gas and oil operations. Children are especially vulnerable to air pollution, and over 1,300 schools are located within a half-mile of oil and gas operations. More than 31,000 Pennsylvania children will suffer asthma attacks due to ozone from this industry. Adults are also harmed by ozone exposure, with 67,000 person-days of restricted activity in Pennsylvania linked to breathing higher levels of pollution from this industry.

Penn Environment has reported that methane emissions increased at least 20% between 2014 and 2015. Pennsylvania has become the nation’s No. 2 producer of natural gas, and it’s now responsible for 1% of global greenhouse gas emissions.

In June of this year, a NEJM study of more than 60 million people showed that long-term exposure to even the lowest levels of air pollution (well below EPA standards), is associated with increased mortality. Racial minorities and those with low incomes are particularly vulnerable. The overall mortality rate from pollutants was computed to be equal to a jumbo jet crashing every 12 days.

The new EPA Administrator Scott Pruitt has proposed delaying a federal air pollution rule for two years, despite acknowledging that children may be harmed disproportionately by the decision. The regulation would apply to about 18,000 oil and gas facilities in 22 states. Please act: contact the U.S. EPA and your U.S. senators and representatives with your thoughts. As people of faith, we must work ardently to be stewards of God's creation, especially with our continuing pollution of the planet. We all have a responsibility to preserve both the earth and everything in and over it.

Dr. Alan Peterson is the Emeritus Director of Environmental and Community Medicine for Lancaster General Health.