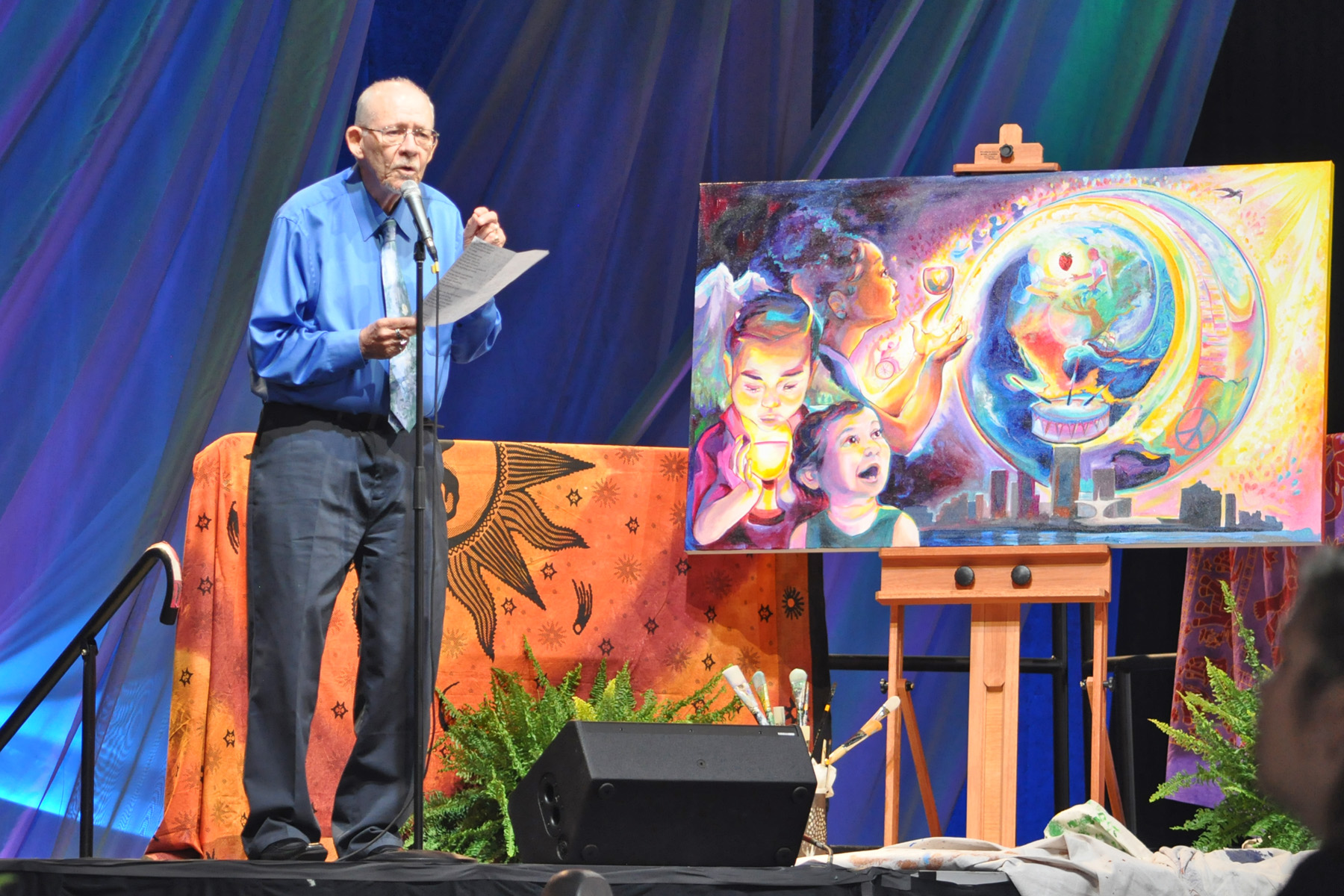 After listening to several hours of spoken words during Monday’s plenary sessions, Poet Jack Evans used poetry  to share his perspective on the moments he had witnessed during General Synod in Milwaukee.

Evans has been a poet in the Phoenix area for 40 years. He was the Poet Laureate of the Southwest Conference from 2011 to 2015 and performs as part of the Evans Bell Conversion, a spoken word and music duo.

Evans explained that the poem he had composed while listening to Synod sessions was written in a style influenced by Eastern philosophy and poetry. He recalled the words of the Rev. John Dorhauer, the United Church of Christ’s general minister and president, about the Holy Spirit moving among the people gathered in the room, and said his poem tried to capture some of the spirit-filled work of Synod.

“I have tried to speak to what has moved me in this sacred gathering of 21st century Christians, a gathering that represents a Christianity that is compassionate, courageous and cosmic,” Evans said.

“Also, there’s absolutely nothing about clickers in this poem,” he joked, referring to issues that had risen earlier in the day with the devices used to cast votes on Synod motions and resolutions.

Evans shared his poem during the evening plenary session, ending with these words: “You call us to be givers of light, so blessed be the light givers for they will bring to each dark, delicate, chamber of the heart the eternal sacred, the spirit divine.”