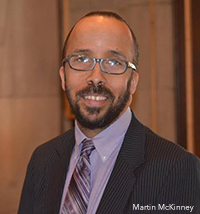 June is Pride month. We often hear proclamations of support and welcome for the LGBTQIA community during this time. Like all of our Creator’s children, those fabulous creations of God should be openly affirmed, but saying we’re all created in the image of God and living into that declaration are entirely different.

Our government is currently facilitating and justifying discrimination against many people, but LGBTQIA people have been particularly impacted.

Need some examples? You can see this happening in the areas of healthcare, immigration and homelessness.

Recently the U.S. Department of Health and Human Services introduced a rule that essentially “protects” health workers from violating their consciences by treating LGBTQIA people. Being blanketed by this fog of oppression makes feeling proud of our nation difficult.

People often think of immigration as an issue that is seperate from LGBTQIA rights but there are, of course, many such people impacted by our national crack down on the immigrant community. As the Center for American Progress notes, detained LGBTQIA immigrants are 97 time more likely  to experience sexual assault. So, their humanity is violated in multiple ways, which also makes feeling proud of this nation difficult.

Millions of American youth have no permanent place to lie their heads. Nearly 40 percent of homeless youth in the U.S. are LGBTQIA. LGBTQIA youth of color face higher risk of homelessness. Theses realities makes feeling proud of this nation difficult.

Even so, there are definitely glimmers of hope. We must remind ourselves that our government--no matter the people or parties in power--isn’t what makes America great. People, LGBTQIA and straight, who get up every morning to create change or make change (after handing someone a hot mocha), provide an example of greatness. Those, who created change or are creating change, leading to the progress challenged and dismantled today, make this country great.

Civil rights leader Bayard Rustin, a Black and gay man compelled by his Quaker faith, worked for a world where everyone deserved to live freely with dignity. Activist Harvey Milk gave his life in the pursuit of a world, where LGBTQIA people were valued--not deemed dangerous. LGBTQIA clergy fight injustice and do ministry even as many churches, including some of our our own, won’t recognize their call. They provide profiles in greatness and courage.

A just world is a world where LGBTQIA people can have pride in themselves and hope for the future. Let hope for tomorrow and PRIDE in yourselves sustain you, while fighting injustice and working toward a truly just world for all.