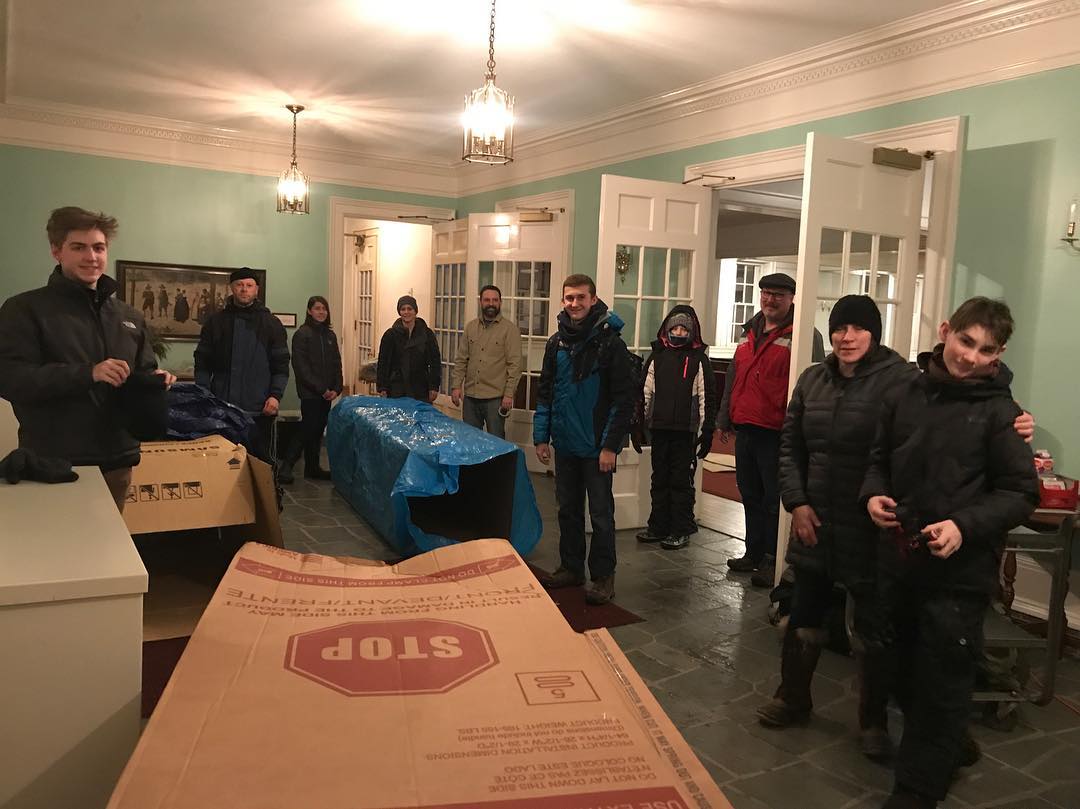 In the midst of a major winter storm which dumped as much as a foot of snow on Northeast Ohio, several young people from Lakewood Congregational Church (LCC) crawled into cardboard boxes to spend a frigid Saturday night outdoors in support of their homeless neighbors.

LCC’s annual Homeless Awareness Sleep Out (HASO) on January 19 raised both money and awareness to address the plight of the homeless community in greater Cleveland. Youth from the Lakewood, Ohio congregation gathered on the church steps late afternoon during the biggest snowfall of the season to prepare their makeshift shelters for the long night ahead.

“Saturday night was a huge inspiration to me,” said the Rev. Joanna D’Agostino, senior pastor. “I heard many people asking if we were going to reschedule because of the storm, but the youth would always respond about how bad weather just makes the statement even bolder.” 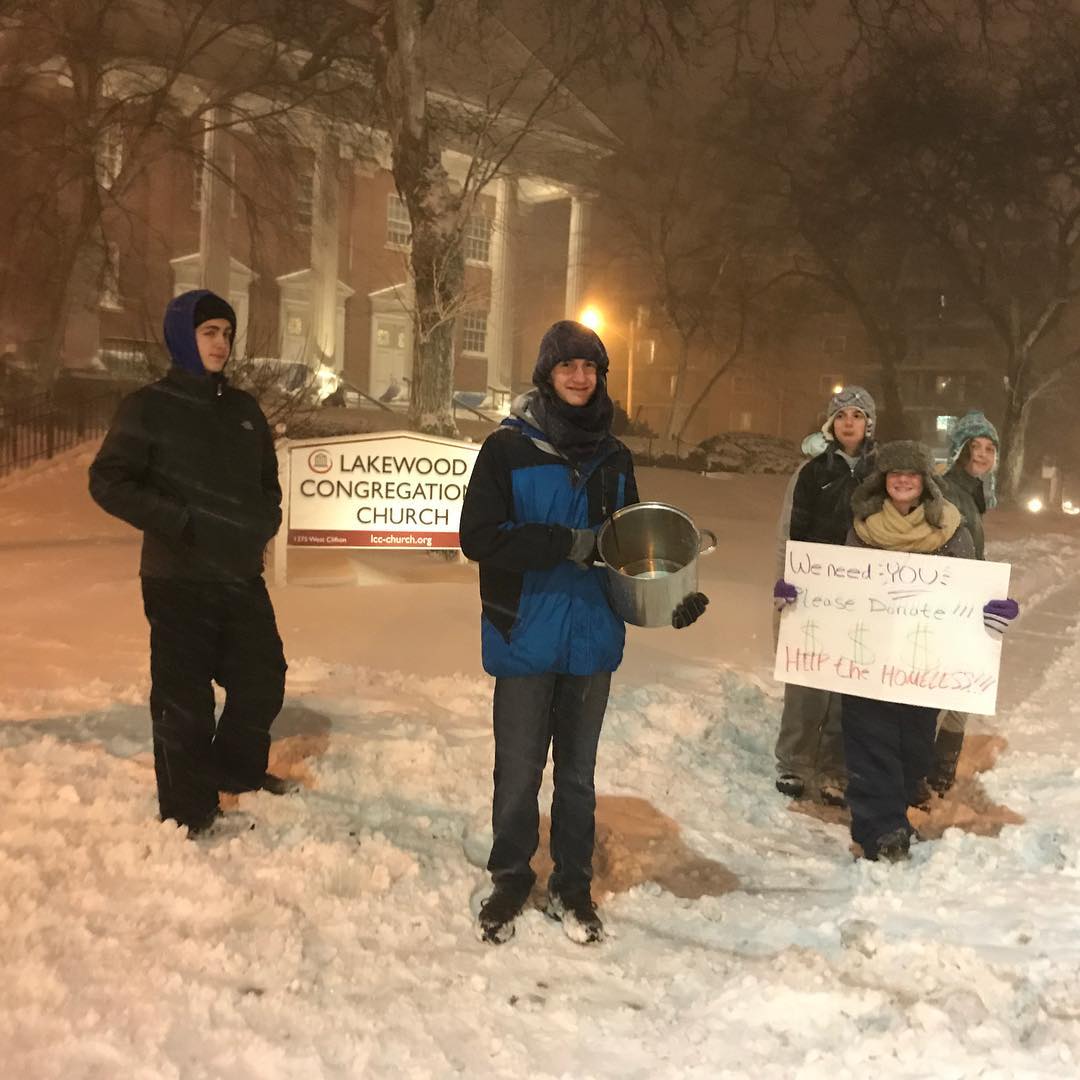 The young people, who spent part of the evening out in the elements soliciting donations passers-by and plow drivers, were motivated by previous interaction with people who have been homeless. The church occasionally partners in events with Y-Haven, a transitional housing facility for formerly homeless men in recovery from substance abuse.

“The youth spend some time with the homeless when we host the Cleveland Public Theatre/Y-Haven collaborative play in the fall,” said Karen Lee, LCC office manager. “We also invited speakers staying at Y-Haven to the church the week before the sleep out to discuss how they got where they were and lessons learned.”

“The fact is, around 23,000 people in this county experience homelessness throughout the course of a year, and around 4,000 people may be outdoors on any given night,” said D’Agostino, citing statistics from the Northeast Ohio Coalition on Homelessness. “Sleeping out on a night with terrible weather just drives home the point that while we may have the freedom to cancel things and stay home and stay warm, there are thousands of people every single night just a stone’s throw away who cannot cancel the cards that life has dealt them.”

Biting winds and blowing snow forced the kids who spent the night outdoors to get up several times to brush the snow off their boxes so they wouldn’t collapse. 18 young people and several chaperones persevered through the storm, with the youth addressing the congregation about their experience during services Sunday morning.

“This is my 7th year doing the sleep out,” said John Bando, Jr. (JB). “I am humbled to do it, you know, it puts you in perspective of how fortunate we are. I was just thinking about my warm bed the entire night and thinking about how people are out there living like that.”

“These children were safe every step of the way because of chaperones and because they had the option of going inside if they needed a break,” said D’Agostino. “There are many people who do not have that option at all—who are either homeless or living without heat on nights like we just experienced.”

This is the 14th time LCC youth have braved the weather in the HASO held every Saturday night of Martin Luther King, Jr. weekend. The group has already raised more than $7,000 this year, and plan to donate the much-needed funds to Y-Haven, the Northeast Coalition for the Homeless, and Family Promise.