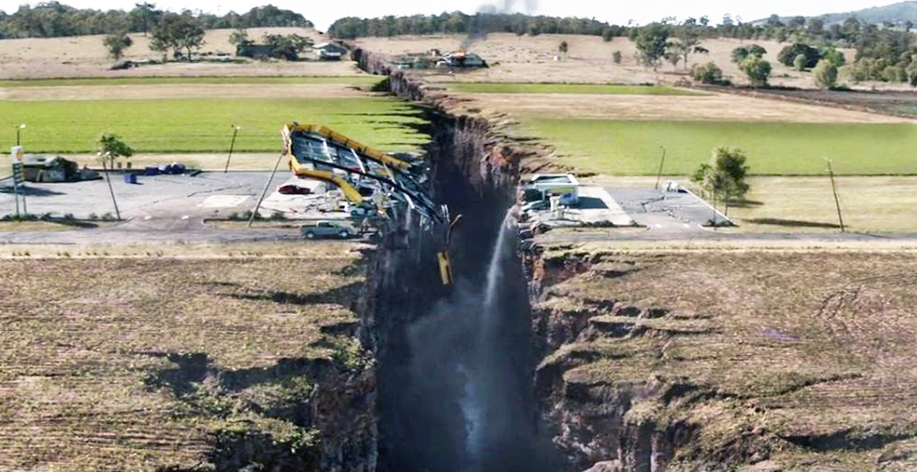 This is the first Sunday in the season of Lent. Lent itself is time set apart to stimulate our consciousness of borders and boundaries, of chasms and divisions, of floods and wilderness. It is a season of repentance in the midst of that brokenness and chaos. And emerging from authentic interactions with this chaos is renewal. Lent anticipates that this renewal is not just an adaptation to the way things are, but is the possibility of living the reality of what abundant life for all can be – resurrection.

Genesis 9:8-17 is a story of high drama. God makes a unilateral agreement with all of humanity and all creation, sealing that agreement with a bow set in the midst of clouds. This action and image is so concrete and yet, so out of the ordinary, that it catches our attention. It reminds us that the new pierces brokenness with the reality that beauty is in our midst.  It is a sign. The bow in this story bridges the chaos and destruction flood waters with the nourishing and flourishing of the waters of creation. This is a prophetic text. Walter Brueggemann has described prophet as one who helps communities imagine the unimaginable. The literary device that signals this prophetic moment is God’s direct speech. Human prophets preface their words, “The Lord God says.” Here, in Genesis 9, God speaks directly; bringing a new reality into being. The new reality is covenant relationship, a belonging and an interdependence that is abundant life. Covenant is mentioned in this text over and over again, a sure literary pointer to importance. The covenant that God initiates and follows through on is with all flesh and applicable to all earth.  It is valid for all generations and time. God speaks this covenant into reality in the presence not only of Noah, but also of his children, referencing all their descendants. The passage is punctuated with God repeating what has just been said multiple times, “This is the sign of the covenant that I have established between me and all flesh that is on the earth.”

1 Peter 3:18-22 is written by people in the context of political chaos.  In this first generation after Jesus, followers are trying to figure out what it means to be a community of faith in new contexts and in the midst of turmoil. In this tumultuous context of border crossing, they identify with the experience of the flood waters of Noah’s day. They ponder their own identity and purpose. Baptism with the sign of water is concrete and yet, out of the ordinary. This water indicates newness beyond the surface removal of dirt, but as a change of conscience (of self-understanding, identity and purpose).  This text expands the scope of this newness into the cosmic with the introduction of angels, authorities and powers.

Mark 1:9-15 narrates the baptism of Jesus, his being driven into the wilderness, and the newness that his identity embodies and makes possible. Again, this is a prophetic text.  God speaks directly to Jesus of his identity and power and purpose. That identity is beloved relationship. “This is my son…”  Parts of creation have been actors in the baptism – the water, a dove.  But other parts of creation in this text are actors of fear and destruction. In the wilderness, the beasts are not friendly, but produce turmoil for Jesus. And while Jesus is in the midst of his struggle, world events break in and gives his identity purpose.  John, the one who pointed the way to Jesus as God’s beloved, is arrested, held as a political prisoner and then killed. This political violence moves Jesus to act on his identity. He is sent. Jesus speaks directly to the people, prophetically punctuating his purpose, “The time is fulfilled, and the kingdom of God has come near; repent, and believe in the good news.”

Interaction with the Story

In the face of disaster events or violence that forcibly displaces people, the chaos and instability of flood waters, of community fear, and of political arrest and violence are real. God’s mission as viewed through these texts situates the mission of God in the very nature of God and of what God does. God initiates and keeps covenant relationship. It is a covenant relationship with a scope of time and place that includes all flesh and all generations and all the cosmos. God acts. God’s signs are concrete, embedded within creation itself. In that creation is randomness and continual movement. And, in God’s nature and actions are signs that pierce the reality of destruction and chaos to bring a new structure and form and stability to creation, a realized promise of abundance, relationship and belonging.

My take-away from standing in this in-between space with people who experience natural disaster and refugee displacement is that God-talk matters. Who we experience God to be guides the shape of the disaster recovery and of the refugee accompaniment and situates us in the purpose of relationship. While questions often turn to blame in the face of disruption, Jesus repeatedly diverts that response into opening another window into his own identity and purpose.

The created world is constantly in motion and that motion is life. God’s creation is a constant creative tension among interdependent forces. Creation’s complexity and interdependence means that the movement of one part of creation affects other parts sometimes without any intention or, even, consciousness. That movement can create beauty and new life, but it can also produce destruction and chaos. When those movements take place abruptly or on a large scale, communities lack the time, ability and resources to adapt. This destructive effect on large numbers of people is a natural disaster. In our day, human actions have accelerated and intensified these changes in creation’s movements (climate change), disrupting this delicate interdependence and thus creating more and stronger natural disasters. Already vulnerable communities experience disasters most severely. The cycle of vulnerability and exclusion means that they are the least prepared to avoid or adapt to disaster events and that they are the least able to recover, making the next disaster more traumatic.  God is embedded in these very situations of vulnerability and destruction.  God suffers with those who suffer. God experiences the wilderness and the flood. God experiences pain. The covenant relationship is full and authentic and real.  At the same time and in the same place, God is in the midst of creating newness that has abundance and well-being as its goal and purpose, not suffering.

Likewise, those who suffer the most from political violence and turmoil are those already vulnerable and excluded. Jesus experiences that political violence. He is personally affected by John’s arrest and execution. It is the very experience of this pain that prompts Jesus to exercise his divine identity. Jesus himself becomes a bridge into the newness of a kingdom of God in which all are knit together in mutual relationship. It is good news that he himself embodies and empowers.

As communities of faith, we too are sent into God’s mission, guided and empowered by the identity of who God is. The shape of disaster response is created in conversation with this God-talk and self-understanding of the people. Disaster recovery guided by God-talk of hierarchy and coercive power intensifies the cycle of vulnerability, widens the gap between those with power and those without power, and accelerates the destruction of creation’s interdependence. But proclaiming God’s nature and mission as both embedded in community and in the midst of creating new community sends us to live out our identity and purpose as covenant relationship. We are empowered to work with all those who are creating a post-disaster stability that preferences the vulnerable and empowers the powerless. We are sent to create a community of newness that is abundant and just for all.

In this season of Lent, and as you participate in the UCC’s One Great Hour of Sharing, you do stand in chaos with those who suffer the destruction of natural disaster and of political turmoil and, at the same time, you are part of creating a reality that has form and order and abundance for all.  The Lenten rhythm of repentance and renewal enables the experience of those simultaneous realities. Response and recovery that are shaped by this God-talk of who God is and of what God does punctuate the promise– “This is the sign of the covenant that I have established between me and all flesh that is on the earth” (Genesis 9:17) and “The time is fulfilled, and the kingdom of God has come near; repent, and believe in the good news.”(Mark 1:15)