In an effort to better serve its students and its mission, United Theological Seminary of the Twin Cities will be relocating to a new home by years end, selling the campus on which it was founded in 1962 to a local charter school.

In a decision announced Feb. 14, United, located in the suburb of New Brighton, Minn., has identified a neighborhood in St. Paul more conducive to the school's missional focus, and signed a purchase agreement for the buildings that currently house the seminary.

"It's an exciting time," said United President Lewis Zeidner. "We really had to look at making sure our mission needs are prioritized. What we are really about at United is serving students, and helping them to form into the next generation of ministers, chaplains and others doing good work in the world. Our space no longer meets our students' needs, so it doesn't meet our missional need."

Zeidner outlined several different elements which led to the Board of Trustees' decision to relocate United. Seminary leadership wants to be on mass transit to better serve those who don't have cars. Currently the school, in suburbia, is far from that. The buildings are old and not easily retrofitted to meet current ways of educating—so faculty can't create smart classrooms, for example. He also said, noting that United has so much more space than the students utilize; the large empty spaces can often make one feel alone in the buildings. Leadership, in shrinking the space, hopes to build intimacy and allow better interaction between the faculty and the seminarians in a new home.

"We are very social justice oriented, but we are not close to urban ministries in the city, since we are not in the Twin Cities today," Zeidner added. "With the move, we will be in the cities closer to the people we are attempting to be in service to."

"I think United is doing what every entity in the church should be doing: clarify your mission and then utilize every available resource to serve that mission," said the Rev. John Dorhauer, UCC general minister and president. "This action on the part of United to serve their student body with singular focus and to repurpose all assets for the sake of that mission should stand as an example to us all. Know who it is you are called to serve – and be ready to offer everything for the sake of that mission. 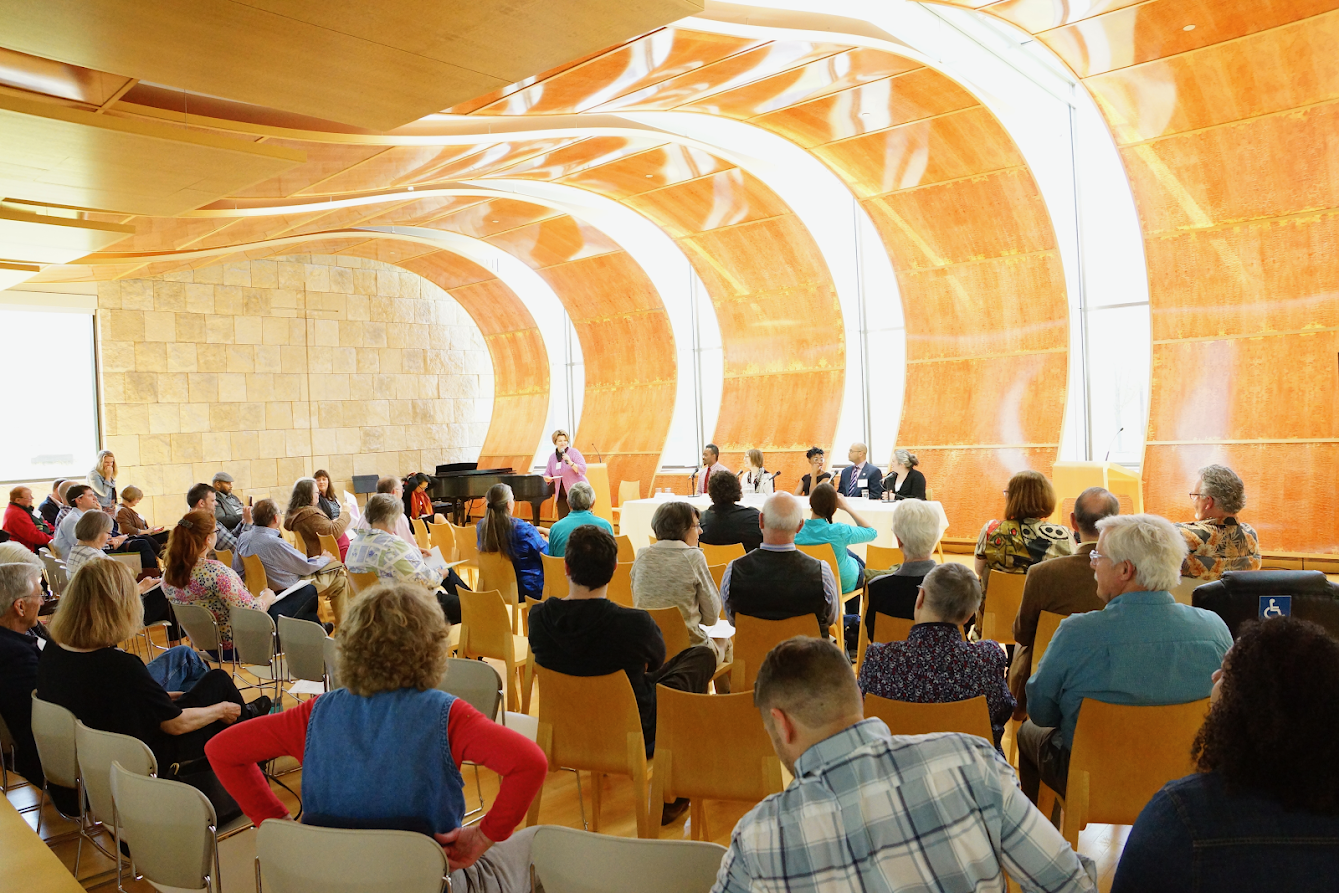 The ecumenical graduate school of the United Church of Christ was established in New Brighton 55 years ago with the merger of Mission House Seminary of Plymouth, Wisc. and Yankton School of Theology in Yankton, S.D. Like the UCC, United reflects the merging of two denominational backgrounds: Mission House, related to the Evangelical and Reformed Church, while Yankton was one of the numerous schools affiliated with the Congregational Christian Churches. Despite a formal affiliation with the UCC, the United charter states that the school is ecumenical, independent, and multi-denominational.

Currently the seminary is serving 85 students. Almost half are distance learners, with the majority of their studies taking place through Zoom, putting them virtually into their classrooms. Twenty students live on campus and the rest are commuters.

United leaders have identified a neighborhood in St. Paul, near Highway 280 and University Avenue that may be the school's next home. They are currently looking at space, with a transition tentatively planned for the end of calendar year 2018.

Zeidner said that originally the seminary Trustees were fielding offers to lease unused space on campus. The group prayerfully decided to sell when a potential tenant requested the opportunity to buy the buildings.

"I think it's important — we are selling to an organization called Global Academy," he said. "It's a long term charter school that focuses on first-generation immigrant students. Students who will be educated in those buildings, children learning about life, in that space. We feel good about that as a transition, consistent with our mission."

United leadership expects it will take 60-90 days to close the deal for the three buildings — the original classroom facility, the library with the cafeteria, arts and theology space, and the administration area — along with the Bigelow Chapel. The seminary has a lease back agreement with the buyer that allows them to stay through year's end. Zeidner said that will give them time to discern how best to honor the school's history and the important elements of the current campus that represent those memories, in its next space.

Pavers and named spaces at United will transition with the students, programs and the mission of United Theological Seminary. During the spring and summer, school leadership will plan events on site, to give alumni and friends the opportunity participate.

"We aren't saying the memories and spaces aren't important," said Zeidner. "My most important message in all this — in order to be respectful of the future, we don't have to be disrespectful of the past. We can hold onto those memories and those parts of what have made the seminary special and bring them into an environment appropriate for our current mission."

"I pray for United, for their students, for their President Lew Zeidner, for their Board members, and for their alumni," Dorhauer said. "May the Spirit of the living God bring as much fruitful harvest to them in the new location as She did in their current one."