A small New Hampshire congregation, along with the Open and Affirming Coalition United Church of Christ, marked an important milestone on New Year’s Eve — by becoming the 1,500th ONA church in the denomination.

“It was very exciting to find out we were the 1,500th UCC church to become ONA,” said the Rev. Sharon van der Laan, pastor of Lancaster Congregational United Church of Christ, Lancaster, N.H. “I think I yelled it out! And we announced it on Sunday of course.”

The milestone was hailed by the Open and Affirming Coalition.

“We’re the largest and fastest-growing LGBTQ-affirming church movement in the world, and our growth has accelerated over the past several years,” said the Coalition’s executive director, Andy Lang. “Almost all churches in the UCC that identify as ‘progressive’ have already taken this step, but increasingly we’re seeing accelerated growth among more traditional and rural churches. These are churches that 10 years ago would never have dreamed that ONA was right for them. We’re now learning that ONA is a good fit for any congregation, wherever they may fall on the theological spectrum.” 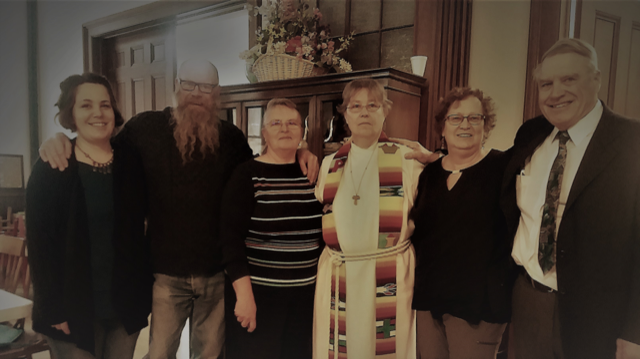 Lancaster Congregational found it was a good fit, after an intentional discernment process that involved the entire congregation.

“We had been talking about it for a number of years,” said van der Laan. “People felt, ‘We welcome everyone, why do we have to do this?'” But Danny Gates, one of the church’s deacons and an AIDS survivor, took the initiative and helped open people’s eyes.

“He began to share the story of how when the love of his life was dying, he felt the church rejected them,” she continued. “He got a committee together and got in touch with the New Hampshire Conference ONA coordinator at the time, Carlos Juhaula-Strait. Carlos and the NH Conference led us through the process.”

“Carlos was invaluable not only in leading us through this process but traveling here as a guest pastor and delivering an amazing sermon on ‘How Heavy the Church Doors’ were for a gay pastor,” Gates said. “These were all issues that our congregation had not really been exposed to before.

“There were also hundreds of hours of private conversations one on one. It really needed to be explained again and again that this process was not about our church family. They have embraced me since day one,” Gates emphasized. “The ONA status was about our entire [Lancaster] community.  All 3500 of them. So that the community knew there was a safe accepting and supportive place they could come no matter what. Once people started to grasp that, it all changed.”

After months of discussion and several events, van der Lan said, “Little by little, people came to see that it was a justice concern, not just a nice way of saying we welcome everyone. The process took about 2 years. It became official at our 2018 Annual Meeting.”

“I remember sitting in the Fellowship Hall when the vote was counted and I just burst into tears,” Gates said. “I never expected that kind of landslide and was just overcome by the support and love expressed by our church family. Every bit of work, every conversation, every question was so worth it.” 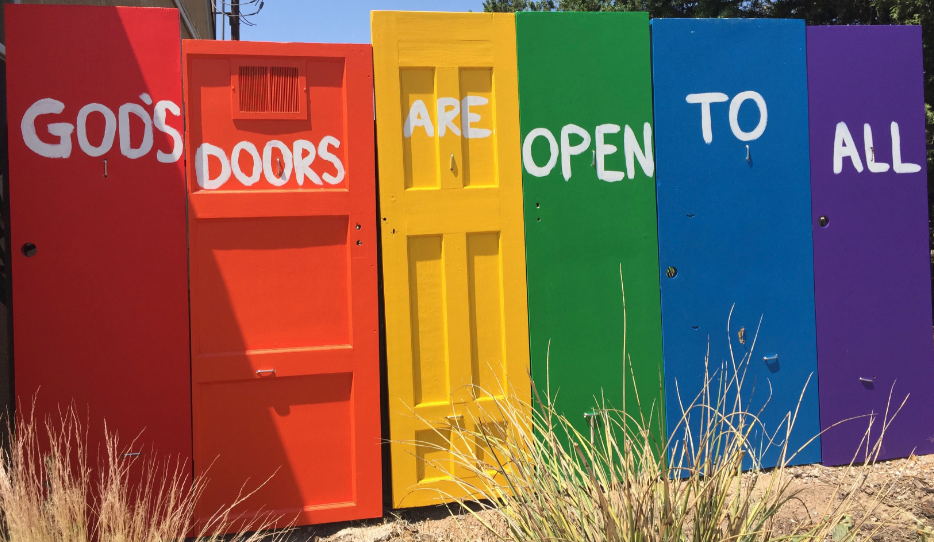 Even as the ONA movement acknowledges and acclaims this milestone, Lang says the Coalition has more work ahead.

“There are 5,000 churches in our denomination, and 1,500 represents just 30 percent of the total. It’s a long-term goal, but the Coalition won’t rest until every congregation in the UCC is a safe, welcoming, and supportive spiritual family for LGBTQ seekers.

“One challenge in 2019 is to assure that transgender Christians are truly welcome in all ONA churches, Lang continued. “Our research suggests that at least 60 percent of ONA churches feel they cannot offer a ‘confident and well-informed welcome’ to their transgender and non-binary neighbors. This is especially true for some of the congregations that became ONA more than 10 years ago, when an explicit welcome to people of ‘any gender identity or expression’ became a requirement for new ONA covenants. Our priority is to encourage existing ONA churches to update their covenants. This is about more than words: a serious experience of prayer, study and dialogue about gender diversity will enrich the life of any congregation. It’s an opportunity to deepen and strengthen a church’s ONA commitment.”

The ONA movement’s rapid growth will be celebrated at the National ONA Gathering June 18-20 in Milwaukee, the week before the 32nd UCC General Synod.