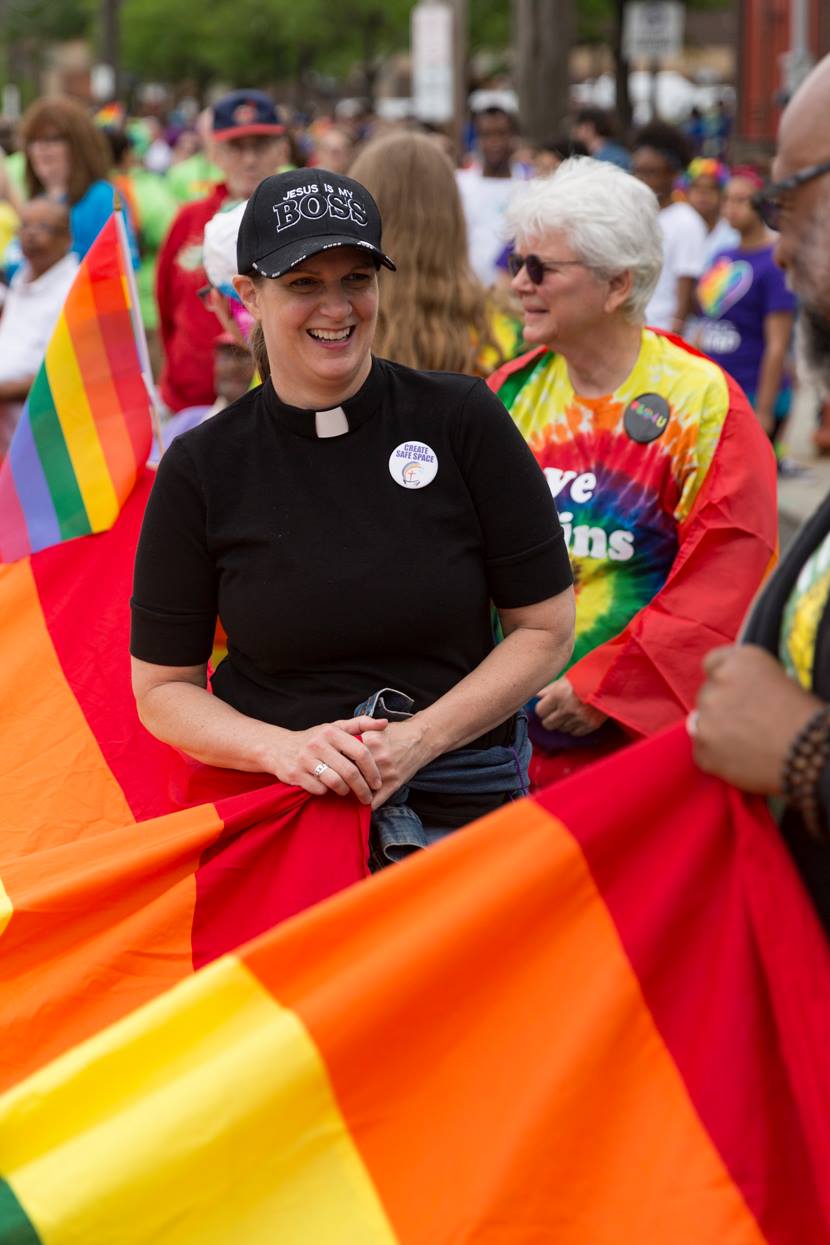 The United Church of Christ kicked off Pride month on Saturday, June 2, with a visible presence in the event held in denomination’s home city of Cleveland. The National Setting of the United Church of Christ, which served as the Education and Advocacy sponsor of the 2018 Pride in the CLE, joined in the parade and festival that followed with a number of UCC congregations and the Open and Affirming Coalition.

“We’re excited to have this opportunity to join local UCC churches in support of the LGBT community and the sharing God’s love with our neighbors,” said Nichole Collins, Associate Director, Annual Giving and 3 Great Loves Project Manager in the Office of Philanthropy, Technology, Identity and Communication (OPTIC).

Hundreds marched in the parade for unity and equality, which stepped off at noon, and wound its way through the streets of downtown to Public Square. There, UCC volunteers and staff manned a booth, greeted festival goers and distributed information during the festivities that continued into the evening. The church was well represented in the event which drew an estimated 20,000 people downtown, evidenced by the banners and signs Pride in the CLE encouraged all participants to display. ‘Be the Church’ messages and a massive rainbow flag accompanied slogans showing love and pride for the LGBT community of Greater Cleveland and Ohio. A week of local events follow Saturday’s celebration of diversity and inclusion.