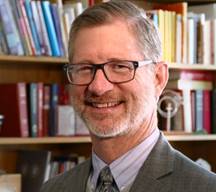 The United Church of Christ Board of Directors is beginning the renomination process for Rev. John Dorhauer as UCC General Minister and President, and is inviting members of the wider church to offer comments on his leadership.

Rev. Dorhauer completes his first four-year term in office on August 1, 2019. Following UCCB Standing Rules, a UCCB Renomination Committee is soliciting feedback on his leadership as part of the renomination process. The Committee is looking for comment from members of the UCCB Executive Committee who have served during Dorhauer’s term in office, current members of the Cabinet of Council of Conference Ministers, three UCC seminary presidents, and three ecumenical partners who have worked with John. Several former Conference moderators will also be included, as well as his fellow national officers and the national staff. Rev. Dorhauer will be interviewed also. That information and feedback, along with the responses collected on UCC.org, will be used by the Renomination Committee to create a report and recommendation that will be presented to the United Church of Christ Board at the fall 2018 meeting.

Individuals who want to participate should view the Dorhauer renomination page, and use the submission form to comment on John's work and leadership during his tenure and as General Minister and President. The information will go directly via email to Frank Bolden, current UCCB Chair, and Chair of the Renomination Committee. The deadline for comments via this web page is September 1, 2018.

The UCCB will vote on Rev. Dorhauer's renomination in October. His reelection would follow at the 32nd General Synod in Milwaukee in July 2019.