Sonoma church reaches out to vulnerable wildfire survivors, with assistance from Disaster Ministries

First Congregational Church UCC of Sonoma, assisted by UCC Disaster Ministries, is reaching out with love and aid to vulnerable survivors of the Northern California wildfires. 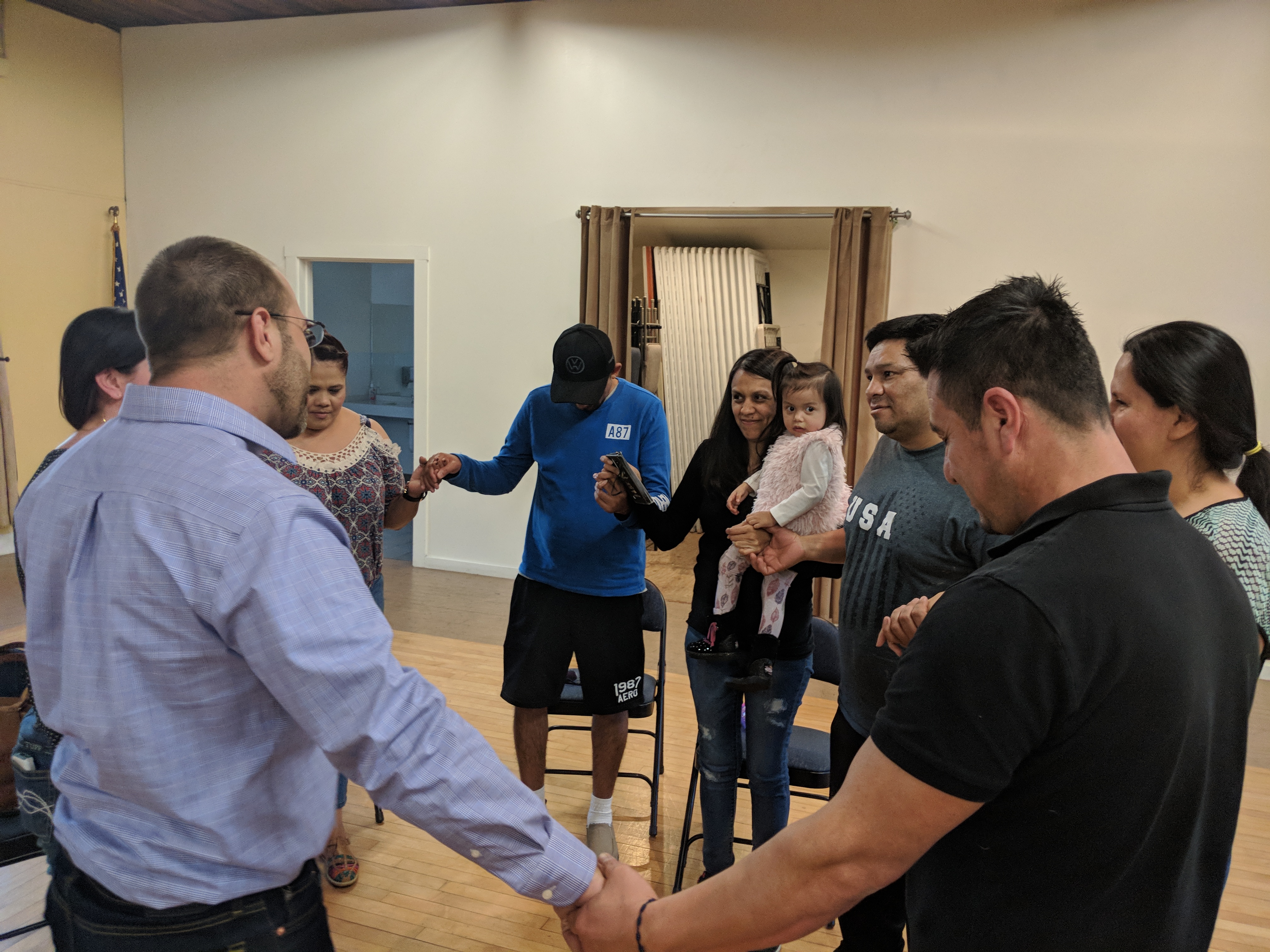 When you are an immigrant and disaster strikes, where do you turn for help?

In Northern California, after the wildfires of last October, hundreds of Spanish speaking and other especially vulnerable survivors have been turning to First Congregational Church UCC of Sonoma (FCCS).

The Rev. Curran Reichert, pastor, said, “Thanks to an outpouring of love and resources from our sister churches all over the U.S., FCCS was in a position to provide generous and meaningful help to those who were unable to receive support from FEMA or other relief organizations.”

The church became a safe place to find assistance, in partnership with UCC Disaster Ministries, sharing the cost of hiring a service navigator/community organizer for three months to reach out to people in need. Mario Castillo has spent a lot of time with the people of Sonoma’s Agua Caliente (“Springs”) community on behalf of the church, supplying them with food, water, gift cards, holiday food baskets, connection to recovery resources and social support.

Although Castillo’s contract with the church officially ended January 31, Reichert said First Congregational is committed to continuing its relationship with Sonoma Springs Community Hall, where Castillo is the manager, to offer specific care for the Spanish-speaking community in Sonoma.

UCC Disaster Ministries Executive Zach Wolgemuth and Amanda Sheldon, program associate for Disaster and Refugee Ministries, recently visited Sonoma and met with a number of people who benefitted from this source of support and reliable information during and after the fires.

“The fire busted open the window in the house and woke us up,” one survivor told them. “We left wearing our pajamas, not even wearing shoes. We spent two nights in a parking lot because the shelter was full. We finally came home and we had no food. Mario brought food to our house so we could eat.”

“Gas stations were selling water for two times the usual price,” another said. “We left our home with nothing. Mario made sure we had food, water, information, whatever we needed.”

“The people I worked for evacuated so I lost my job,” a third survivor shared. “We are seven people and we’ve moved four times.”

First Congregational and Disaster Ministries, living into the UCC’s 3 Great Loves initiative,  committed to offer supporting to their vulnerable neighbors.

“Families in this small community were not being served by other organizations and had nowhere to turn,” said UCC Disaster Ministries Executive Zach Wolgemuth. “It was clear, as we listened to their stories, that our response was driven by the Holy Spirit and the solidarity and support provided through Mario was the right response at the right time.

“It was a blessing to be present with many of the families that had been supported through our response and to know how the collaborative effort between the National Setting, the Conference and the local congregation had truly impacted the lives of so many who otherwise would have been forgotten,” Wolgemuth said.

Castillo reported that he was able to help connect a number of individuals and groups with available services in the area including programs such as Undocufund, La Luz, F.I.S.H., and Sonoma Overnight Shelter, as well as national resources through the Red Cross and United Way.

He said he also helped save the jobs of several women “who were being asked to clean up fire damage at the hotel where they were employed and were not supplied with any masks or special gear. When they resisted, their manager berated them and threatened them with the loss of their jobs.” Castillo talked with the manager “and arranged a meeting with the women to discuss the issue.”

Four months after the fires, there are still scores of people who need assistance. Out of work since flames sent them fleeing their homes, many are dealing with unpaid bills and food insecurity.

Reichert said her church will be there for them. “We will continue to partner to create spaces of care where people are able to talk through the continued recovery in a supportive environment.” It's a year of opportunity. It will take work. Church people can help. Now. That's the word...

It’s a tradition dating back to the first inauguration of President George...