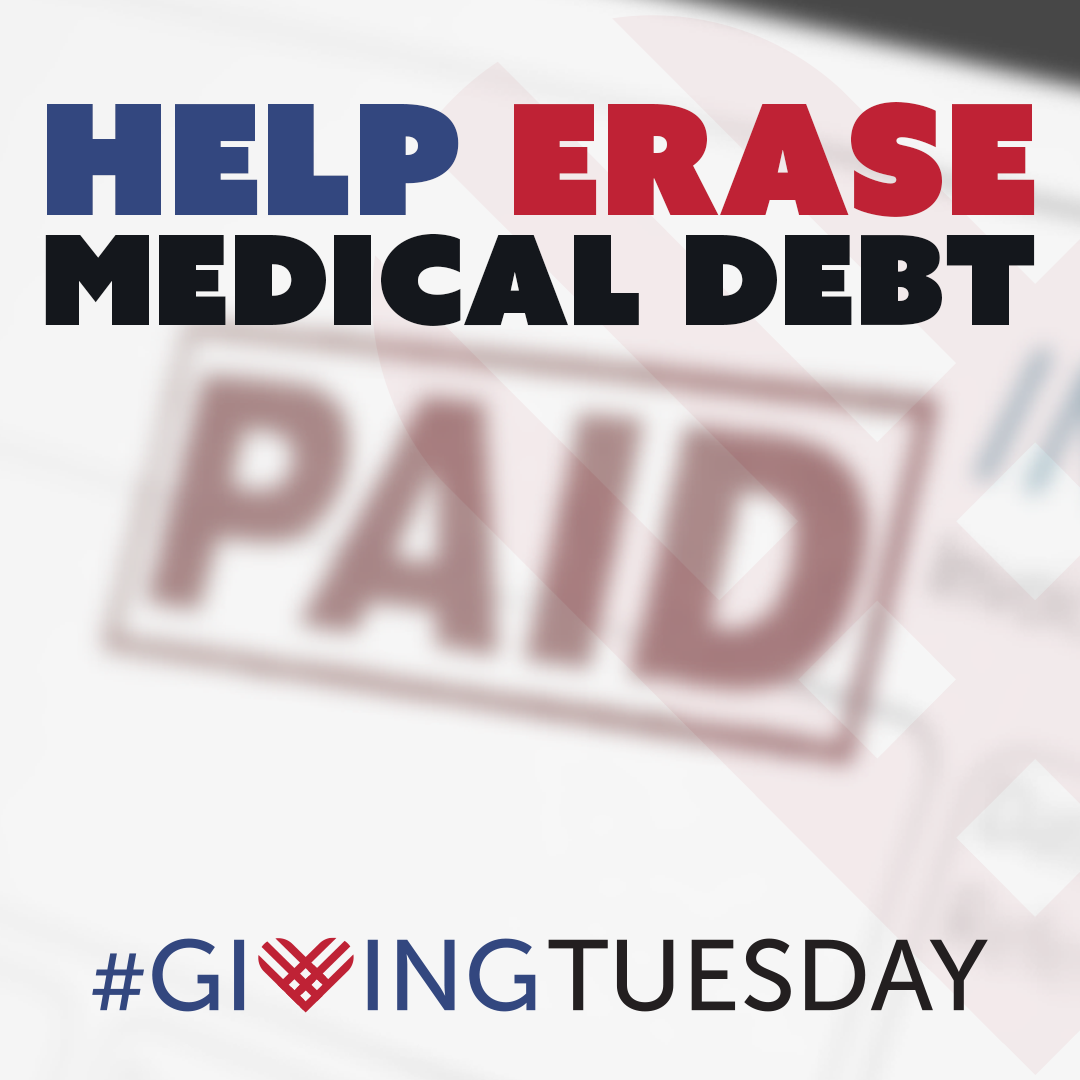 The United Church of Christ is committed to using gifts from Giving Tuesday, Dec. 3, to forgive medical debt for thousands of families in low-income areas around the country. The denomination’s national office is just as committed to advocating for health care reform, a more equitable system, so that every American has access to affordable and inclusive medical treatment.

“The work of pulling people out of the river of medical debt is life-giving, but it is also unending unless we couple those efforts with the work of going ‘upriver’ to address the systemic disparities and policy realities that lead to so many people being submerged by medical debt in the first place,” said Sandy Sorensen, director of the UCC’s Washington, D.C., office.

“Medical financial hardship is common in the U.S., especially in adults ages 18 to 64 and those without health insurance coverage,” said the Rev. Traci Blackmon, associate general minister, Justice and Local Church Ministries. She cited a recently published study in Journal of General Internal Medicine which noted that 137.1 million adults reported medical financial hardships in 2018.

In late October, the UCC launched a long-term campaign to abolish medical debt, beginning in Chicago. At Trinity UCC, Blackmon was joined by pastors from Trinity, St. Pauls UCC in the Lincoln Park neighborhood, Covenant UCC of South Holland, Ill., the Illinois Conference Minister and clergy from The Leaders Network, a consortium of Baptist churches serving Chicago’s West Side, to announce a collaborative buy – an investment of $38,000 that abolished $5.3 million in debt in targeted communities, affecting 5,888 South Side families.

The denomination plans to continue debt forgiveness into 2021 in partnership with the New York-based nonprofit, RIP Medical Debt. Through funds collected on Giving Tuesday, Dec. 3, and gifts from UCC Conferences, Associations, congregations and other organizations, the denomination plans to make quarterly buys to abolish medical debt in different regions around the U.S. in collaboration with those groups.

But the second collaborative component JLCM is urging involves advocacy from the local level on up.

“Health care policy impacts every single one of us, and addressing health care policy can feel overwhelming, intimidating and even scary,” Sorensen said. “Yet it was through people engaging in grassroots advocacy and sharing their stories that the Affordable Care Act was passed, expanding coverage to over 20 million previously uninsured people, along with coverage of preexisting conditions, expanded coverage for young adults on their parents’ insurance and Medicaid expansion. Opportunities still exist for further strengthening and improving the accessibility and affordability of health care, which is why it is so important to raise the issue of health care coverage in the upcoming 2020 election season. As voters, we need to make health care an issue the candidates cannot avoid addressing.”

“This year’s Giving Tuesday donations will be used to contribute to local church and conference efforts ensuring no area is precluded from participating in this initiative if they wish. One might say that our collective participation in the abolishment of medical debt for so many vulnerable families living at or below poverty is tantamount to the charitable act of the Samaritan on Jericho Road,” Blackmon said. “It feels good to exercise charity, and yet charity is not our only call. We are called to do justice. We are called to not only help those who have been left to die on the side of the road, we are called to repair the road itself. We will use our charitable acts to keep the rising costs of health care in the forefront of our prophetic policy work as well. We hope you will join us in this effort. The road is also our responsibility.”

The United Church of Christ has set a goal of raising $50,000, which will erase approximately $5 million dollars in medical debt for people who are facing insolvency, and for whom medical debt is 5% or more of their annual income. Learn more and donate here.