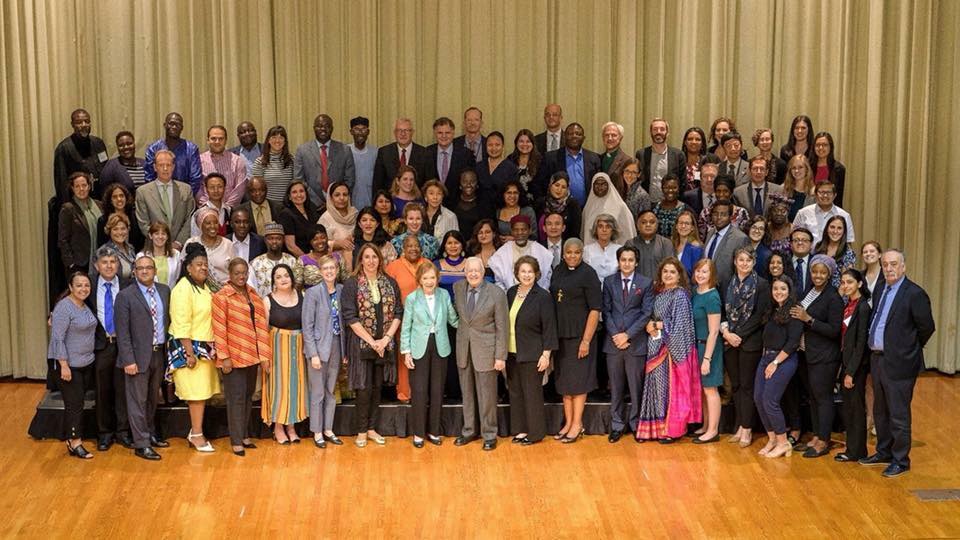 I had never been in a room where such courage had been concentrated.

President Carter and his wife Roslyn were responsible for the concentration. As part of the work of the Carter Center, they have initiated the Forum on Women, Religion, Violence and Power. Anyone concerned about human rights, especially the rights of women and girls, is encouraged to join this community.

Over the course of three days in July 2018, President Carter and Roslyn convened the Defenders of Human Rights Forum, bringing together over 60 heroes from over 30 countries. Along with UCC justice leader Traci Blackmon, I was honored to join the Forum as an invitee. Honored and humbled to be amongst the most courageous individuals I had ever met.

Listening to their testimonies, I kept thinking, what do we do with the one life we have been given? These were a group of individuals who were so talented, so dedicated and focused, so persistent – each one of them could have earned ten (or 50) times their current salaries by pursuing prestigious positions. Instead, each chose to live their lives for others and to preserve the gift of creation; to live their lives so that others might truly live in decent and humane conditions, with a measure of happiness and legitimate hope; to live their lives so that precious natural resources might be preserved for future generations.

Human rights and environmental justice go hand in hand. One way or another, most of the defenders of human rights are up against one form or another of environmental assault and exploitation. In 2017 alone, 207 men and women were murdered – half of them in Brazil and the Philippines - for standing up to agribusiness, mining and wildlife trafficking. Thousands of others are routinely intimidated and threatened with violence if they continue to organize against the interests of corporations.

Our UCC Synod in 2017 passed an emergency resolution titled, The Earth Is The Lord's – Not Ours To Wreck -- Imperatives For A New Moral Era. 97% of the delegates voted to "resist all expansion of fossil fuel infrastructure and demand new sources of renewable energy that are accessible to all communities" and to write a new story for America – "a story that is not dependent on fossil fuel or on wealth for the few and misery for the many."