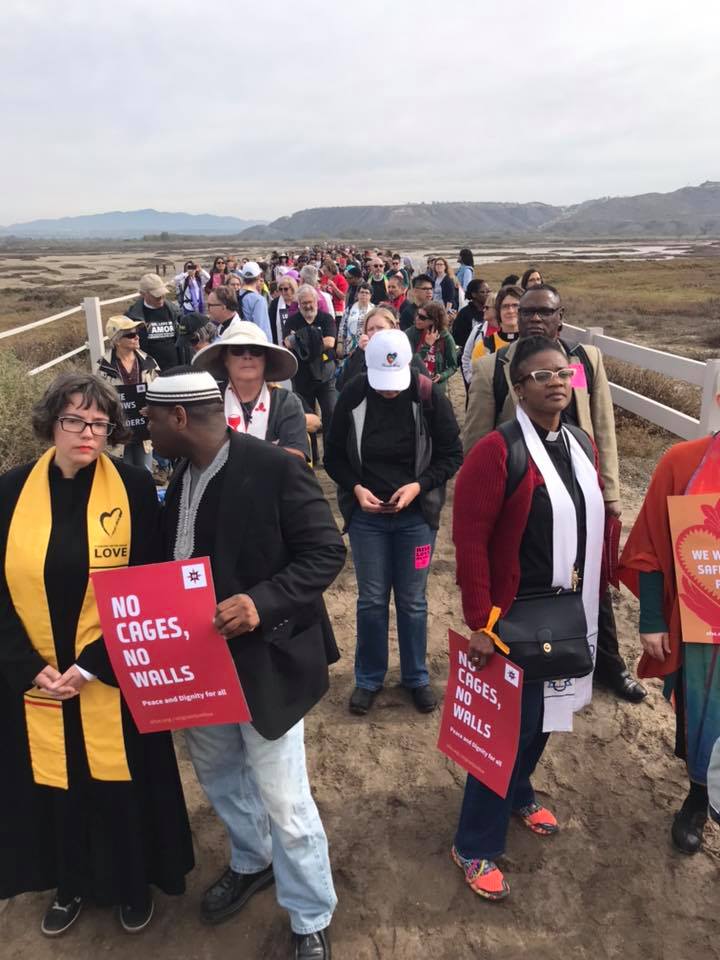 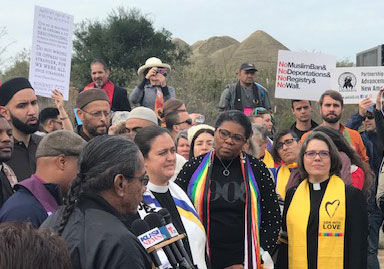 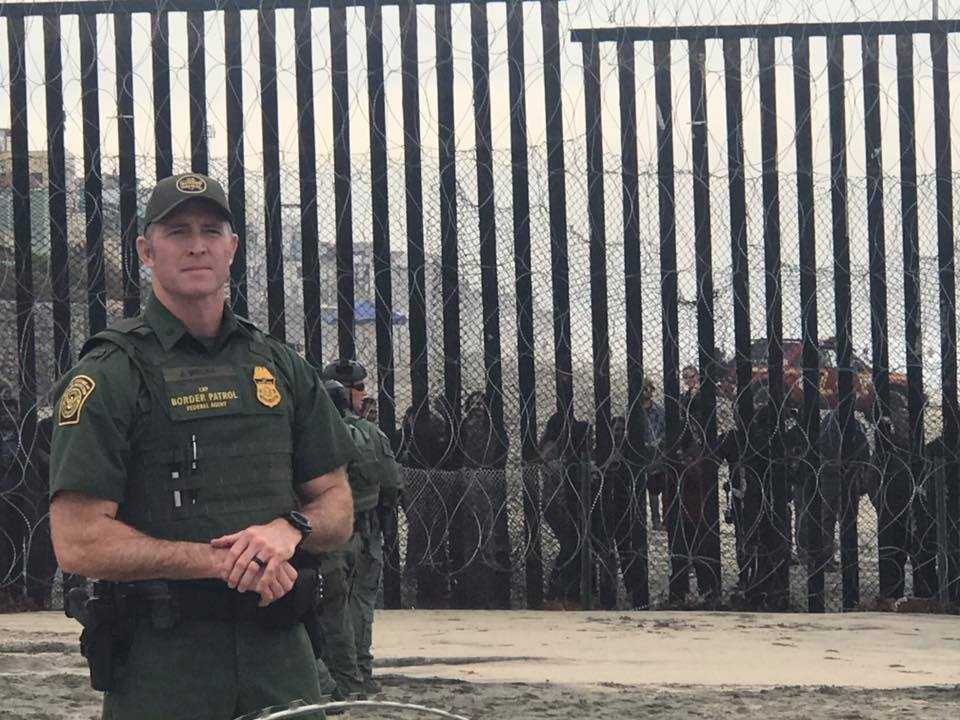 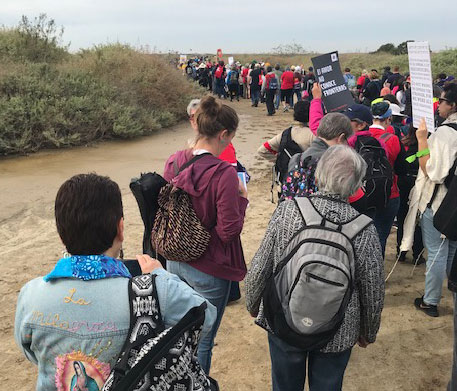 They lined up as far as the eye could see. Over 400 clergy and migrant justice supporters from a number of interfaith traditions, united by the sacred texts to love their neighbors and welcome the stranger, moved in a solemn procession from San Ysidro to Tijuana on December 10, risking arrest to affirm that love knows no borders.

“I have found a ray of hope. It came at the border where faith leaders from all over the country have come to speak of love,” said the Rev. John Dorhauer, UCC General Minister and President. “Let the immigrant and the refugee, all seeking safe passage to a new land, hear these voices. Let those who wield power also hear this cry for love and justice and act in accordance with it.”

Part of this very visible show of solidarity for migrants seeking refuge on Human Rights Day, more than a dozen leaders of the United Church of Christ, National Officers and Conference Ministers, who sang and prayed in an act of nonviolent civil disobedience.

The action, ‘Love Knows No Borders,” organized by American Friends Service Committee, began with a walk from Border Field State Park, south of San Diego, to the beach at the wall with Tijuana where participants were met by Border Patrol and police in riot gear. As leaders moved forward into the ‘enforcement zone’ to offer a ceremonial blessing, more than 30 people were taken into custody.

“The most impactful part of the morning for me,” said the Rev. Traci Blackmon, executive minister, Justice & Local Church Ministries, “was standing with so many faith leaders against this oppressive act and anointing those on the beach who were risking arrest.”

Faith leaders sang “we will not bow to injustice” as they sat or knelt in the sand at the U.S. southern border wall, a line of riot police in front of them, the Pacific Ocean to the west. They offered a blessing to the scores of migrants hoping to seek asylum, but stalled in Mexico, “We have not come here alone, we carry our people in our bones.”

Their message to the current administration is very clear.

“We stood as people of faith together to witness that no human being is illegal and to demonstrate our commitment to speak up and out about policies that criminalize those seeking asylum in our country,” said the Rev. Kent Siladi, Connecticut Conference Minister.

None of the UCC leaders — in San Diego for the Authorizing Ministry for the 21st Century (AM21) gathering — were in the group arrested.

As one, the migrant justice advocates are calling on the U.S. to respect the human right to migrate, to end the militarization of border communities, and end the detention and deportation of immigrants seeking a better life. They also seek to defund Custom and Border Protection (CBP) and Immigration and Customs Enforcement (ICE).

“Being a part of the crowd of religious leaders yesterday was a powerful, emotional experience. We became, in that moment, a voice speaking for the collective conscience of an America that remembers what our faith teaches us,” Dorhauer said. “Seeing how many UCC pastors and leaders came, and from so many places around the country, reminded me how it is our spiritual commitments lead to action that fulfills our promise to build a just world for all.”

Monday’s event launches a nation-wide week of action called Love Knows No Borders: A moral call for migrant justice. Between Human Rights Day on Dec. 10 and International Migrants’ Day on Dec. 18, more than fifty solidarity actions will take place across the nation.