New, unified Conference in New England will have new leader 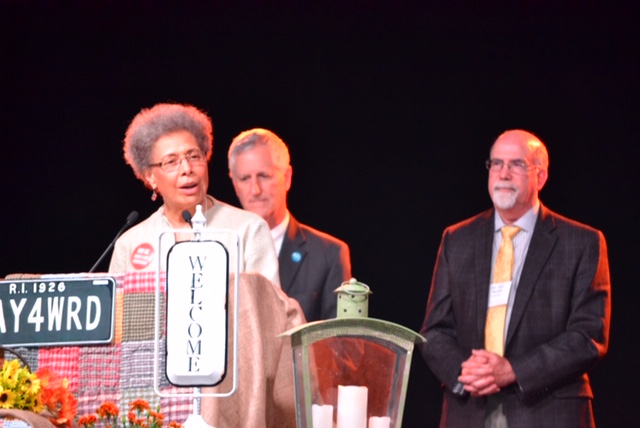 The current Conference Ministers in Connecticut, Massachusetts and Rhode Island have each announced that they will not put their names into consideration to take on leadership of the new, unified conference.

The Rev. Kent Siladi, who has served as the Connecticut Conference Minister for six years, as well as Transitional Conference Ministers the Rev. Don Remick in Massachusetts and the Rev. Marilyn Kendrix in Rhode Island, have each informed the Together As One Board of Directors of their decisions.

At its meeting Saturday, April 20, the Together as One Board agreed that the three current leaders will stay on in a bridge capacity through the end of 2020.

“I believe that new executive leadership is necessary for the TA1 Conference to flourish,” Siladi said. “I have been blessed to serve as the Conference Minister of the Connecticut Conference and I look forward to providing bridge leadership in 2020. I am open to ‘what’s next’ and trust God’s Spirit to guide my ongoing discernment.”

Starting Jan. 1, when the new conference officially comes into being, their roles will shift. Instead of having their responsibilities defined by geography, they instead will be divided by program area. So, for example, one Conference Minister may head up justice and witness efforts for the whole new conference, while another oversees interim ministry. The board and Conference Ministers are working out those details now.

“I am excited about this plan for Kent, Don and me since it demonstrates in a real way the progress that we are making in our efforts to plant a new conference of the United Church of Christ, and it is true to our expectation that this new conference will be about doing something new,” Kendrix said.

“For me, that means calling a new Conference Minister, but at the same time it allows some of the deep thinking that we three have been doing for some time to bridge the gap between the old and the new,” she said. “It assures that many of the great things that each of our conferences have been doing will continue into a future focused on God’s call.”

Remick said he looks forward to working together with Siladi and Kendrix for the bridge year.

“From the beginning of my time as a Transitional Interim Conference Minister I have often said that there is a time when all three of us need to be in executive leadership positions and there will come a time when none of us should be,” Remick said. “As we have moved through this chapter of our new conference’s formation I am even more convinced that calling a new Conference Minister is critical to the birth of the new and that new perspectives are essential. And I look forward to the unfolding of our next chapters in the hands of our resurrected Christ.”

A resolution is coming before General Synod in June that would dissolve the historic Connecticut, Massachusetts and Rhode Island conferences from a denominational standpoint, replacing them with a new conference, which is provisionally being called the “Together As One Conference.” (A poll regarding a new name is open here.)

The three historic conferences will continue to exist as nonprofit corporations, with their own boards, in order to handle endowments that were left to those conferences. But for ecclesiastical purposes, the UCC will only recognize the new conference.

“We all have been blessed by the gifts that our current Conference Ministers have brought to this innovative work,” said the Rev. Corey Sanderson, president of the new Together As One Conference.

“One hallmark of superb leadership is knowing how and when to make room for others to lead. We are grateful our three executive leaders have the faith, wisdom, and the vision to ‘pass the baton’ to the next generation,” he said.

If the resolution is approved at Synod, the new conference will have its first Annual Meeting Nov. 1 – 2 in Worcester, Mass.

Tiffany Vail is the Associate Conference Minister for Communications of the Connecticut, Massachusetts and Rhode Island Conferences, United Church of Christ.