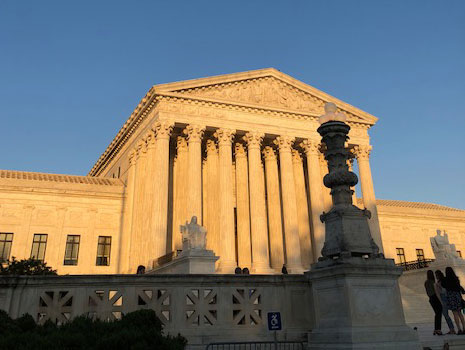 The General Synod of the United Church of Christ has joined three other religious denominations in an amicus brief that supports of the rights of all people and the City of Philadelphia in a case now before the United States Supreme Court.

The brief, in Fulton v. City of Philadelphia, asks the court to uphold the city’s right to protect prospective foster parents from discrimination because of their sexual orientation.

The city requires groups administering the foster care program to adhere to Philadelphia’s nondiscrimination law, which prohibits agencies from rejecting prospective foster parents based on religion, sexual orientation or other protected categories. Catholic Social Services is suing the city, claiming that its right to the free exercise of religion exempts it from compliance with those policies.

The brief, filed by the UCC, the Baptist Joint Committee, the Episcopal Church, and the Evangelical Lutheran Church in America, is designed, the religious bodies say, to protect religious freedom and the rights of all potential foster parents.

“Discrimination on the basis of sexual orientation is an injury to dignity that may prevent an otherwise qualified family from seeking certification as a foster home, and result in fewer qualified homes for children,” said Heather E. Kimmel, UCC general counsel. “Government-funded foster care programs should be focused on caring for children, and not discriminating against otherwise-qualified homes.”

The Supreme Court will hear oral arguments in Fulton v. Philadelphia on Nov. 4.