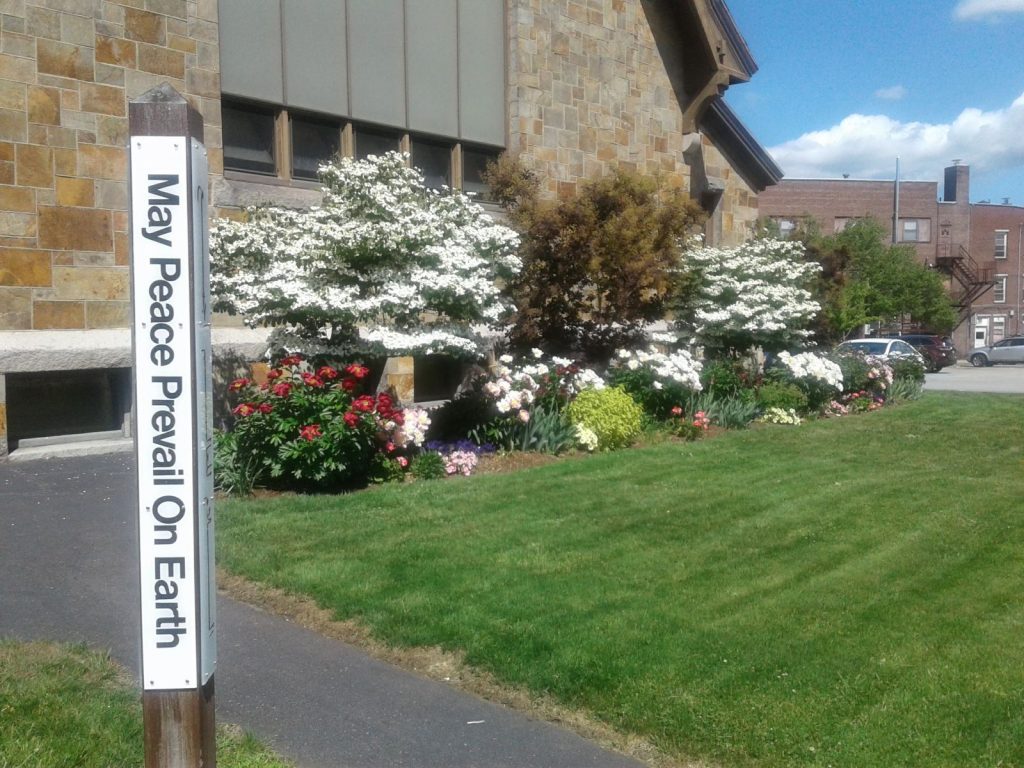 You would notice an emphasis on peace if you visited the Congregational Church, United Church of Christ, of Laconia, N.H.

“May peace prevail on earth,” says a peace pole on its grounds. Children lining the streets last Fourth of July received paper peace cranes from church members marching in the town parade – cranes that earlier had hung from the church building. On its website, the congregation proudly notes it has been part of the UCC’s Just Peace Church movement since 1991.

On Memorial Day weekend, those same church grounds will be covered in U.S. flags – reminders of wars and those who fought and died in them. On Saturday, May 25, members of the American Legion, the Veterans of Foreign Wars, local faith communities and even recovery groups hosted by the Congregational Church will plant 3,936 small flags on the church lawn and at the community flagpole across the street. They will honor that number of Belknap County residents who fought in the Spanish American War, the two World Wars, the Korean conflict, or the Vietnam War and whose names are on Laconia’s downtown Veterans Memorial. 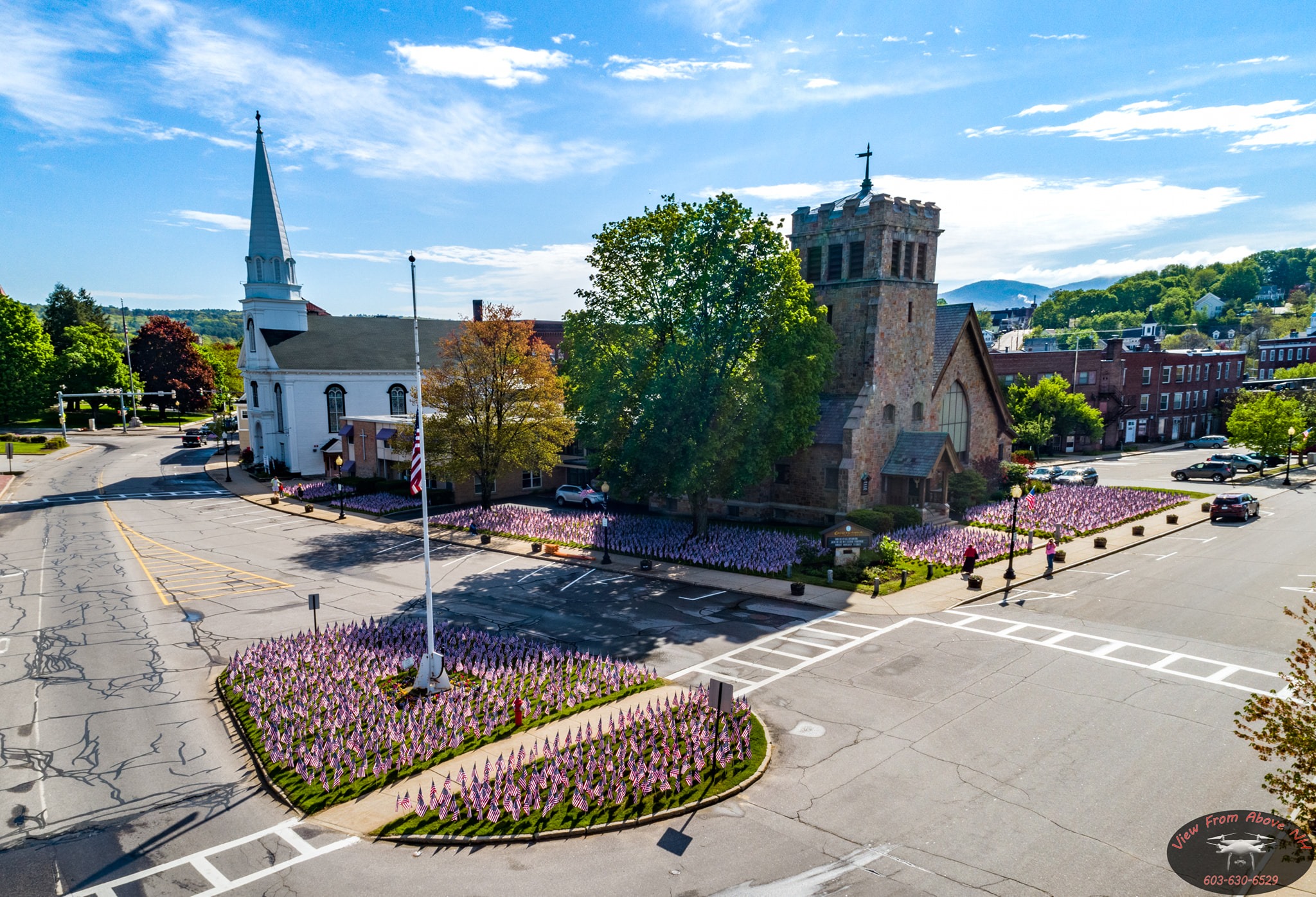 The Field of Flags, organized by a local interfaith organization, will be dedicated in a prayer service Sunday afternoon, starting with “Amazing Grace” on a bagpipe and ending with “Taps” on a bugle. On Monday, marchers and bands in the city’s Memorial Day parade – led annually by the VFW or the Legion – will be asked to honor the display by facing it in silence as they pass.

“We have a lot of veterans in our congregation,” said the Rev. Paula Gile, the Congregational Church of Laconia’s associate pastor and its point person for the project. “A lot of them stepped up and served in the Vietnam War when they were asked to serve but didn’t experience respect and love when they came back. I believe that all people need to be honored. I believe Jesus would honor and love them. So many veterans in the community walk in the parade. I think it will give them a sense of love as well.”

The community has rallied around the project. Individual donations have already covered the cost of the 18-by-12-inch American-made flags on 30-inch sticks, about $3,200, Gile said. Surplus gifts will be donated to the local Legion and VFW chapters. Donors were invited to honor veterans they know who served later than the listed wars, were from outside the county or are currently serving in any war. A local firm is designing and printing a commemorative brochure listing all the names, and the local newspaper will run them for free as well. 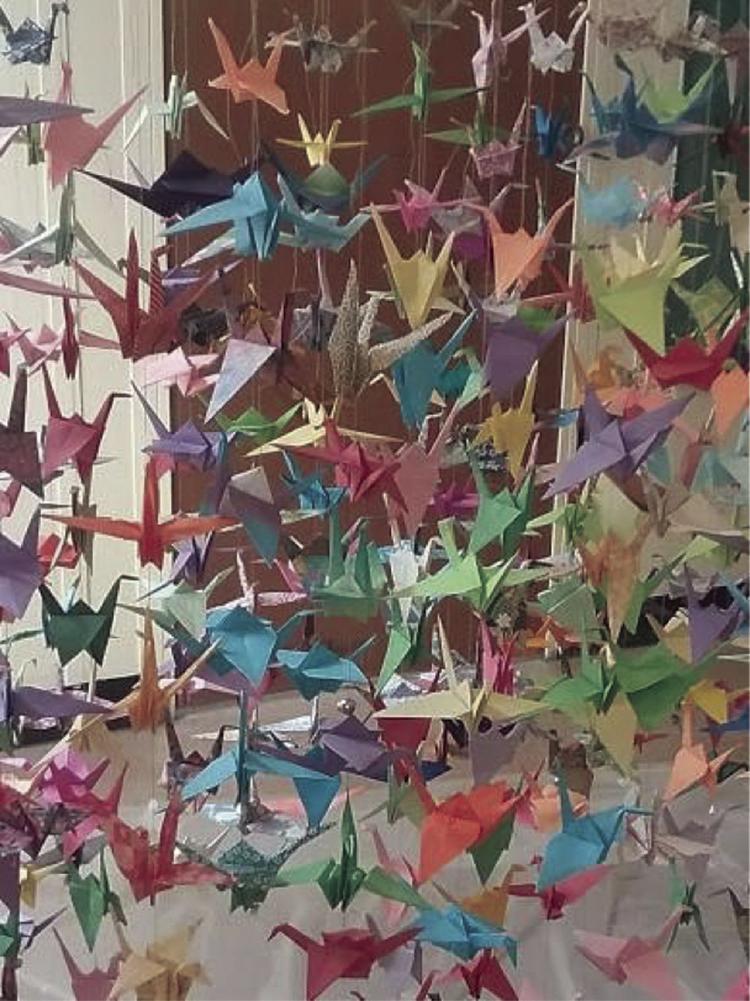 Participation and support are coming from all traditions represented in the Greater Laconia Ministerial Association: Jewish, Buddhist, Unitarian Universalist, Methodist, Catholic, Episcopal, Baptist, Lutheran, Gilford Community Church, and others, including another UCC congregation, Center Harbor Congregational Church. Residents of a nearby men’s recovery house have volunteered to remove the flags carefully the day after the holiday.

Perhaps the project is just right for a Just Peace Church whose street address is Veterans Square.

“In these times, when the country is divided and fighting with each other, I think this project will help to bring the entire community together in a way that we don’t have the opportunity to experience every day,” Gile said.

“I think the community would think of us as a peace church.”