The United Church of Christ has promoted a member of its national ministry-issues staff to team leader in Justice and Local Church Ministries and added a new part-time generosity officer to the Office of Philanthropy, Technology, Identity and Communication (OPTIC). 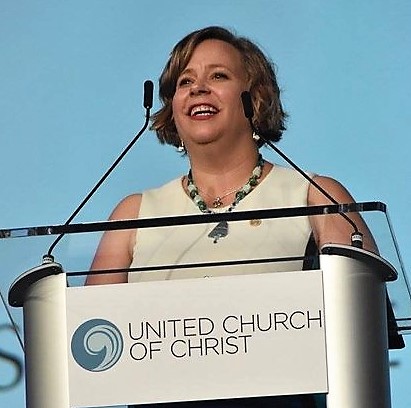 The Rev. Elizabeth Dilley, who has focused on ministerial support and authorization since 2012, will become team leader of the Ministerial Excellence, Support and Authorization team (MESA) on June 1. Ordained in 2003, she served a small, progressive congregation in Red Oak, Iowa, for nine years before joining MESA in Cleveland. As a member of the JLCM staff, she has partnered with clergy affinity groups, resourced Committees on Ministry, and supported the Antoinette Brown Society, connecting clergy women with each other for transformation in church and the world. Previously she worked for more than five years as a professional health educator, helping teens and adults make healthy choices about sexuality.

“I am committed to the continued excellence of MESA as a team that promotes the flourishing of ministers and Members in Discernment,” Dilley said. “After the successful completion of a season focusing our team efforts on authorization, we will turn to pastoral excellence and support as our next priority, relying on our external and internal partnerships to empower and equip Committees on Ministry.” 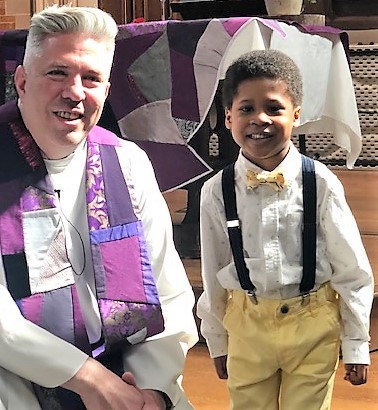 The Rev. Andrew Warner began his part-time role as Generosity Outreach Officer on May 16. Working from his home in Whitefish Bay, Wis., he will “build capacity for development and stewardship practices in the UCC,” said Cynthia Bailie, who heads the OPTIC team, part of the Office of General Minister and President. Warner will also serve as Director of Development of the UCC’s Wisconsin Conference.

Warner will train, coach and mentor leaders across the UCC to strengthen the church’s culture of generosity. Working collaboratively with national, conference and local church staff members, he will design workshops, presentations and resources on best practices in philanthropy. Development was one of Warner’s many gifts as pastor of Milwaukee’s Plymouth Church, United Church of Christ, from 1997 to 2019. He led the congregation in raising more than $8 million in those 22 years. “Ministry at its core involves connecting with people, developing relationships, and working together for common goals,” he said. “I find joy and purpose in developing a heart and imagination for giving among those I serve.”