Getting to know Yusuf, tortured in Africa for being gay and now seeking protection in the United States, has transformed the ministry of a United Church of Christ congregation in Los Angeles. The church is helping him fight a legal battle to avoid being returned to persecution in his homeland. 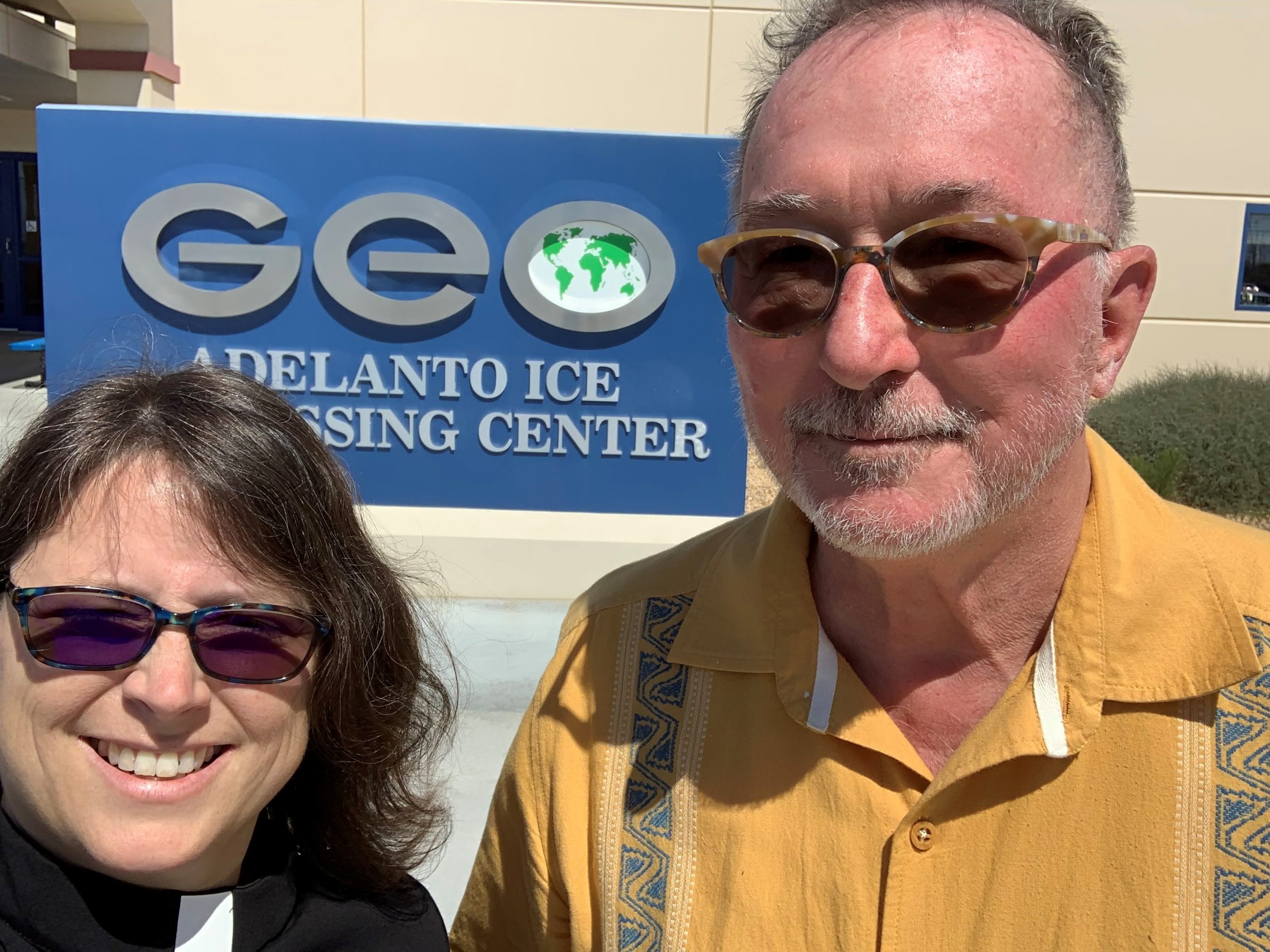 “The sense of the congregation’s mission and purpose has been deepened through this whole experience,” Linford said. “We know him. He’s ours. He’s our friend. I think we’re all changed by that and by that sense of, now, every story we read, each person is a Yusuf to somebody. Immigration is more personal, more connected to all of us than it was before.”

It all happened because, while Yusuf was languishing in the U.S. detention system after a difficult international journey, something special was going on at Westwood Hills on Sunday mornings.

Never having met Yusuf, Larry Trent was speaking up each Sunday at Westwood Hills during one of the church’s favorite parts of worship: the time when prayer concerns are raised aloud. Trent, new to Los Angeles from Arizona, would name migrants he knew from years of volunteer work at the U.S.-Mexico border. “It might be people I met on my last trip to the border and I’m worried that they’re out walking in desert,” he said. “Or they got picked up and then called me from a detention center.”

For the congregation, these prayers were a “soft entry” into immigration issues, Linford said. “I think Larry’s prayers really planted some seeds in the hearts of all of us. It brought not only an intellectual awareness but also a spiritual opening. As things came to a crisis in immigration in this country, it became personal for us.”

In November 2018, feeling confident that “ministries of presence” were something they could do, the people of Westwood Hills hooked up with the advocacy group Freedom for Immigrants and learned of detainees who would welcome visits. Several congregants traveled 100 miles northeast to pay calls on detainees in the prison-like Immigration and Customs Enforcement holding facility in Adelanto, Calif. That is when Yusuf met Trent, one on one.

“The first 40 minutes or so, it was just us getting to know each other, asking the obvious questions,” Trent said. He kept asking what Yusuf’s asylum claim was. Why was it dangerous to return to his country? “Finally, with a barely audible voice, his lips quivering, he said to me, ‘It’s because I’m gay.’ Which – you know, we have that old saying about ‘gaydar’ – I had already figured that out. But I needed him to tell me. I responded, ‘Thank you for sharing that with me. I can see it was difficult to do.’ I told him am gay also.”

Over many visits, Trent learned Yusuf’s story. When Yusuf’s father died, his uncle – powerful in their West African community – did two things because Yusuf is gay: he confiscated Yusuf’s inheritance and had him jailed. Yusuf was tortured until friends bailed him out. He fled. Over the next two years, he found his way to Ecuador, made an arduous journey to Tijuana, Mexico, presented himself at the U.S. border and asked for asylum. That was on July 4, 2016. Like thousands of asylum seekers, Yusuf wound up – after a couple of other detention stops – at Adelanto.

Trent also learned that Yusuf had been denied asylum and was applying for protection based on the United Nations Convention Against Torture. Trent gave progress reports to the congregation on Yusuf’s case.

Linford visited Yusuf, too, “and he just broke my heart open,” she said. “I was a little worried about how he would feel about meeting me, a woman, as a pastor. He grew up Muslim. I told him the congregation had been praying for him.” They spoke of their common belief in a God of love, not a God of hate. “He’s got every reason in the world to be bitter and angry and hard,” Linford said, “and yet he has such a sweetness of spirit and a hope that the United States is a better place for him.”

Along the way, the church began to help. Trent attended one of Yusuf’s hearings. Because another Westwood Hills member told Yusuf’s story at a party, a doctor came forward to examine him and verify his torture claim.

In August came a blow: Yusuf’s torture protection was denied. He had run out of free legal help and needed $1,500 to appeal. Trent, already scheduled to preach at Westwood Hills Aug. 28 on border immigration issues, rewrote his sermon to focus on Yusuf’s story. “By the end of the service we had the $1,500,” Linford said. The appeal will take between two and six months.

“If he gets released, I’m going to go up to get him and he’s coming to Westwood Hills on the first Sunday afterward,” said Trent, who has now visited Yusuf 12 times. “He’s looking forward to that Sunday morning when he can walk in and say thank you in person. He thought that Kirsten and I had paid the lawyer. When I explained to him what happened, he sat there with tears running down his face.” Church members have started a campaign to send Yusuf notes of love and encouragement.

Meantime, immigration is now on the Westwood Hills agenda in a big way. “It’s something that is talked about at coffee hour,” Trent said. “People want to know when my next trip to the border is. I have someone who wants to go on my October trip.”

“As much as I hope we have been able to help one person, the experience has also changed our ministry in ways that is hard to put into words because it’s so radical,” Linford said. “We did some visioning a few years ago – someone said she wanted everyone who comes to feel a ‘dynamic embrace.’ We do that really well inside the building, and in some ways this is the most effective we’ve ever been at doing it outside the building.”