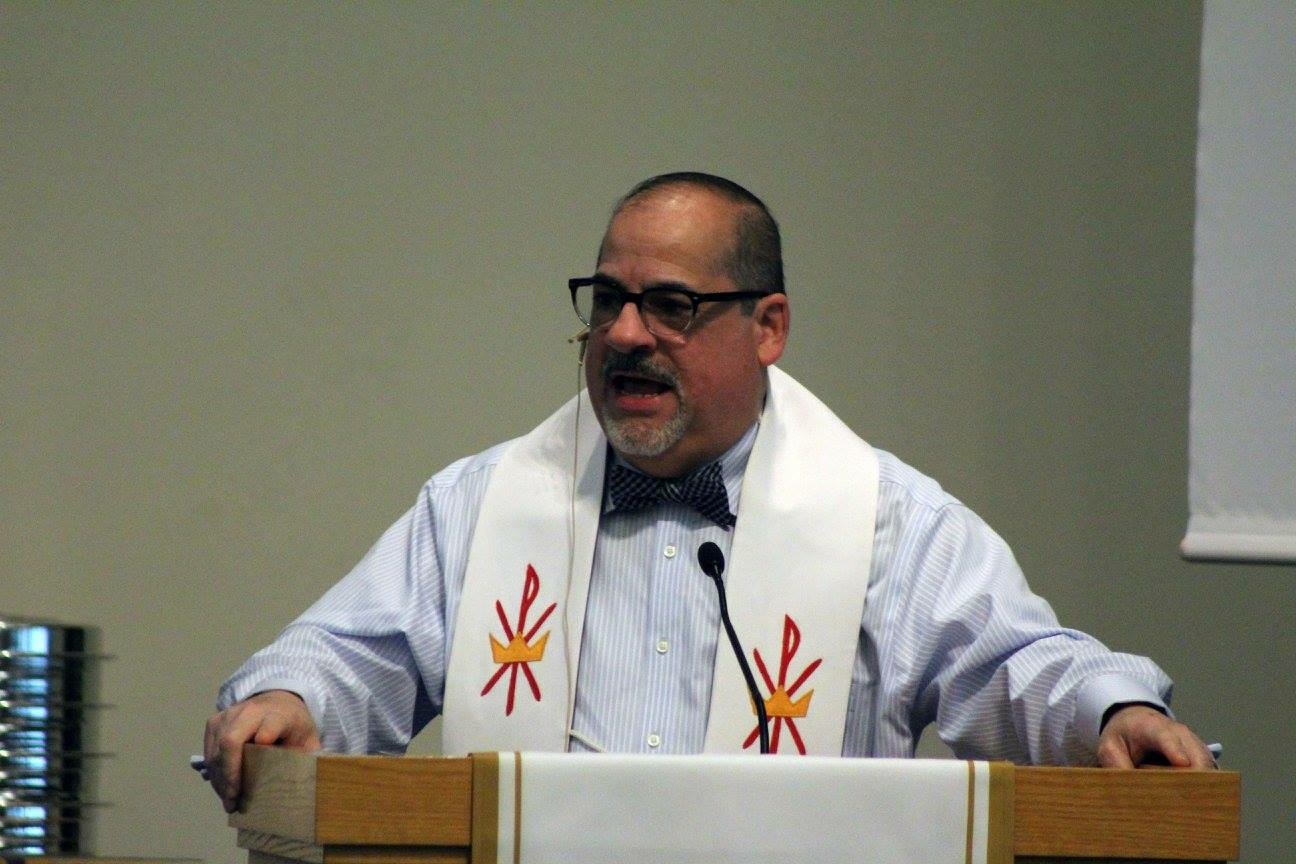 As churches and communities around the country ready to celebrate the life and legacy of Martin Luther King, a number of UCC clergy in Michigan came together on Thursday, Jan. 11 to point out how much work still needs to be done to realize King’s Dream.

Calling on Congress to “get its act together,” eight ministers representing the Michigan Conference United Church of Christ, joined by several interfaith partners and a young immigrant, demanded legislation to protect 800,000 young people brought into the United States as children from deportation. These young immigrants, once sheltered by Deferred Action for Childhood Arrivals (DACA), will run out of legal protection when the program expires.

18-year old Danny Caracheo of Grand Rapids, Mich. is one of them. He was brought to the United States as a five-year-old. “While I don’t remember much about my birth town Celaya, in Guanajuato, Mexico, I do remember my first memories of being in the U.S.,” he said. “While we were driving through Texas, I saw this enormous American flag waving as we passed a wind farm. Looking at it now, I see symbolism in it, welcoming us in to the United States. It was saying ‘come here, you’re safe here. This will be your home now.'”

Caracheo graduated from high school in 2017, and is now attending Davenport University studying Pre-Law on a full scholarship for community service to the City of Grand Rapids. “I share my story because I do not want to see my future filled with uncertainty. I want to return back to when things were certain. I want to have a future where I can see past tomorrow.” 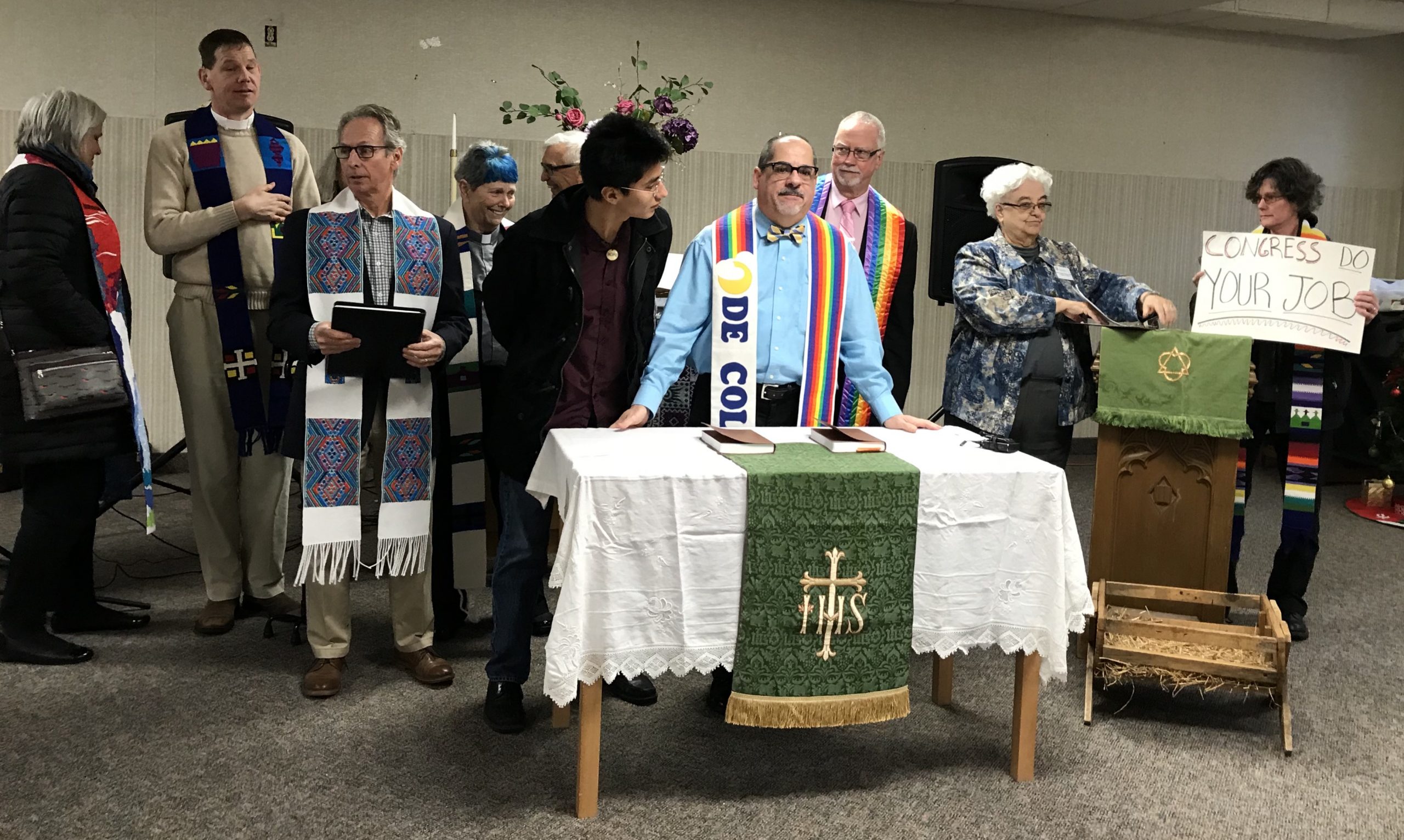 “Congress is presently holding thousands of DACA recipients like Danny hostage,” said the Rev. Justo González, II, associate conference minister and pastor of Ministerios Rios de Agua Viva/Joy Like a River UCC, Wyoming, Mich. “That is simply unacceptable. Since September 2017, over 10,000 DACA recipients have lost their legal status and are at risk of being deported. We will do everything within our power not allow this to happen.”

González also pointed out that everyday more than 100 young adults once sheltered by DACA lose their legal protection. “We will not stand for it,” he continued. “And that does not include their families who are also under-documented and under attack. We openly affirm our support for families and cannot tolerate policies designed to criminalize and separate them from their loved ones. Basta ya! Enough is enough!”

The Reverend Doug Van Doran, pastor of Plymouth United Church of Christ, said, “Dreamers are our children. This is their home, the land they know. We need to be certain that this is a land where DREAMS COME TRUE not where nightmares are inflicted.”

Joining González, Van Doran and the other UCC clergy in this public call for action—members of the Catholic and Jewish faiths, a representative of the Michigan State Board of Education, and Grand Rapids community organizer Gema Lowe, of Movimento Cosecha, who said, “There’s no other nation in the world that has the word ‘Dream’ attached to its name as ‘THE AMERICAN DREAM’. We are demanding that Congress live up to our nation’s values and pass a ‘Clean’ Dream Act with no strings attached such as more border security or more ICE agents or even ‘the wall.'” 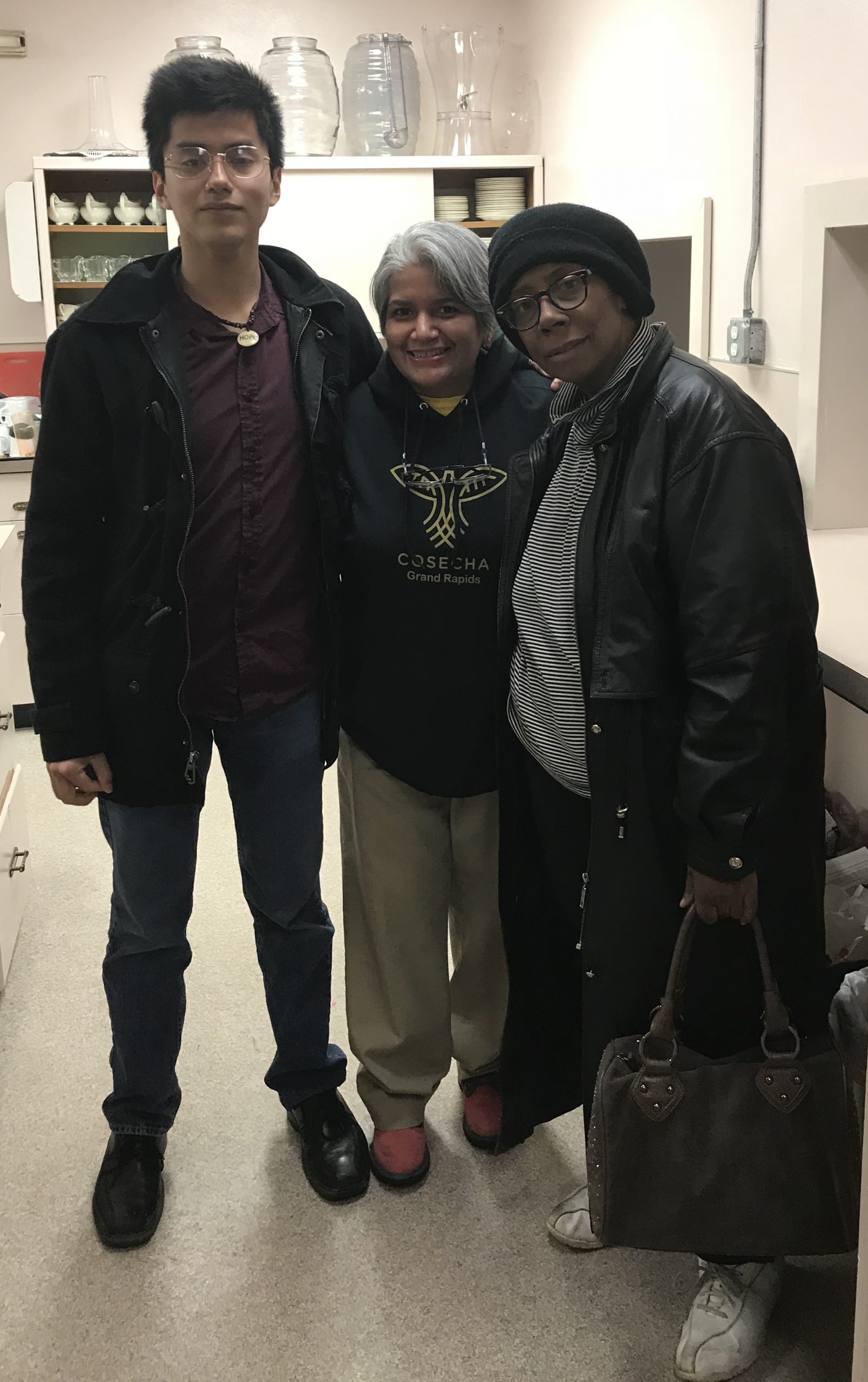 “Immigrants are the base of our economy and without our labor and our consumption this country will not thrive and it will collapse,” said the Honorable Lupe Ramos-Montigny, member of Michigan State Board of Education. “DACA ensures the children of immigrants, many of whom live in Michigan and have no recollection of any country other than the United States, can safely attend school, earn degrees, be employed and pay taxes, and contribute to this state and nation. These young people are as American as you and me. With the recent repeal of DACA, many school children now are living with the daily fear of being torn from their families and sent to a country they do not know.”

The group called out their senators and representatives, demanding immediate passage of a Clean Dream Act no later than January 19, as part of the budget reconciliation act.

In Washington, Democrats and Republicans are trying to come to an agreement by the end of next week on what to do about the DACA recipients as they work toward a deal to keep the government open. But so far, lawmakers have yet to produce a proposal that has the blessing of Congress and the White House.

Thursday President Trump rejected a bipartisan plan — led by Republican Senators Jeff Flake of Arizona and Lindsey Graham of South Carolina — that would have given Dreamers a chance at legal status and a path to citizenship, while restricting them from sponsoring their parents, eliminating the diversity visa lottery, and funding some border projects. Though that effort to pass immigration legislation continues — profane language used by Trump to describe some of the home countries of people coming to the U.S. overshadowed potential problems in getting the deal done.

That’s not discouraging the Dreamers or their supporters.

“I just came back from a trip from where over 120 Dreamers from across the country came together, and we met with over 200 Congresspersons. And you can bet Congress that we will go again and we will keep fighting,” Caracheo said. “This is our home. And we are here to stay.

“Sharing my story for the first time a few weeks ago was terrifying,” he continued. “I can assure you that you know a Dreamer. We are just as American as you are. We went to school with your children. We’re in your work places. We are your colleagues. We are your friends.”

“At our General Synod in 2017, the United Church of Christ publicly declared itself an Immigrant Welcoming denomination,” said Rev. Campbell Lovett, Conference Minister, Michigan Conference UCC. “The Michigan Conference of the United Church of Christ stands with our global sisters and brothers. Be they refugees or under-documented immigrants they are part of our familia and will always be welcome among us. The Dream Act must be passed. We will not wait for another day. Action needs to be taken now.”