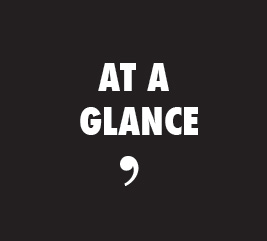 The United Church of Christ has a history of supporting equality and justice for the lesbian, gay, bisexual, transgender and queer (LGBTQ) community that spans back more than 40 years. In 1972, the UCC was the first mainline Protestant denomination to ordain an openly-gay minister, the Rev. William R. Johnson, and was the first denomination to affirm marriage equality for all people, regardless of gender, at its General Synod in 2005. This year marks the 10th anniversary of the UCC’s resolution affirming marriage equality for all people, regardless of gender or sexual orientation.

The resolution, adopted July 4, 2005, states that “the 25th General Synod of the United Church of Christ affirms equal marriage rights for couples, regardless of gender, and declares that the government should not interfere with couples, regardless of gender, who choose to marry and share fully and equally in the rights, responsibilities and commitment of legally recognized marriage.” http://uccfiles.com/pdf/2005-EQUAL-MARRIAGE-RIGHTS-FOR-ALL.pdf

In April 2014, the UCC filed suit against the state of North Carolina, arguing that the state’s marriage laws violate the First Amendment rights of clergy and the principle of “free exercise of religion.” http://www.ucc.org/ido/index.html In October 2014, a federal judge ruled the state’s marriage laws as unconstitutional, giving the UCC and its co-plaintiffs a monumental and historic victory for equality for all people. The landmark lawsuit, General Synod of the United Church of Christ v. Cooper, was the first-ever challenge by a national Christian denomination of a state’s marriage laws.

The UCC stands with thousands of same-sex couples across the life the church, affirming their freedom to marry the person they love. UCC clergy have honored these commitments, officiating over covenantal vows or blessings, long before same-sex marriage was approved in 37 states and Washington, D.C., and the church has active coalitions working for marriage equality in nearly every state.

The Open and Affirming Coalition of the United Church of Christ (formerly known as the United Church of Christ Coalition for LGBT Concerns) advocates for the LGTBQ community in the UCC, and equips UCC congregations to become welcoming and accepting of all persons, regardless of their sexual orientation or identity. There are currently more than 1,200 Open and Affirming (ONA) UCC churches nationwide, comprising 23 percent of UCC congregations and 27 percent of the UCC’s membership. The UCC’s ONA movement grows by an average of 60-70 churches each year. 2015 marks the 30th anniversary of the resolution calling UCC congregations to become open and affirming of all persons regardless of sexual orientation or gender identity.