While sitting as a guest at many tables throughout South America, I was served a variety of foods: chicken and plantains, beans and rice, beef stew and mashed potatoes.  But there was one absolute on nearly every table: soda.  As an honored guest it would have been rude for me to decline hospitality, so I often indulged, drinking more sugar than I ever had stateside.  But in those same gatherings, people often asked me to pray for their sugar-related health concerns, like struggle with fatigue, weight gain, and type 2 diabetes diagnoses.  I began to ask a series of questions: why do so many consume soda as an alternative to water, why is soda consumption increasing in developing countries, and what, if anything, can be done to reduce soda consumption?  I additionally began to wonder about not only the health impacts of soda but also about what environmental justice concerns might be connected to soda manufacturing.

I did some research and here’s what I found: 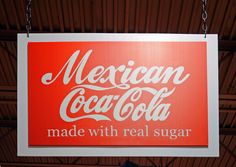 When it comes to the consumption of soda, one has to consider not only the choices of the individuals consuming the soda but also what has been described as the “predatory” character of the soda industry. Many soda manufacturers grow their markets by investing billions of dollars to further sales in developing nations.

As an attempt to curb this rise in consumption, some have advocated for policy change.  For example, in Mexico, ranking the fourth highest level of soft drink consumption at 137 liters per capita, the government has instituted a 20% soda tax, which helped lower the consumption of soda by 6% in 2014.

Soda sales in the United States have decreased by 25% between 1998 and 2014.  However, research shows that just in the United States, soda still causes an average of 24,000 deaths annually.  In last week’s election, four new cities (San Francisco, Oakland and Albany California and Boulder, Colorado) joined Berkeley and Philadelphia in instituting a sweet beverage tax.  The president of the Center for Science in the Public Interest also encourages governments to not only institute the tax but also restrict soda advertising and add warnings to soda labels.

Soda companies estimate that to produce one liter of soda, it takes 1.3 liters of water.  But independent groups considering the sanitation tasks of facility upkeep and water used to grow corn and sugar cane, move that estimate up to between 300 and 600 liters of water per liter of soda.  Much more water is affected by fertilizers, pesticides and chemicals in runoff from the agricultural and manufacturing processes.

In India, where Coca-Cola’s market is growing quickly, local officials are also fighting back over the water usage of Coca-Cola’s bottling plants.  In 2014, Varanasi’s bottling plant was shut down with the claims that it was extracting too much groundwater and releasing pollutants above the legal limits. This community-owned, agrarian land was already stressed for water, and Coca-cola had not gotten clearance to extract the groundwater.  Moreover, the company had also increased its production capacity without permission.  Just recently in 2016, Coca-Cola’s second largest bottling plant in India was shut down for multiple reasons: operating without a valid license, malfunctioning effluent and sewage treatment plants which contaminated groundwater, discharging polluted wastewater and encouraging farmers to use that water for irrigation, and violating air pollution laws.  These are not isolated incidents.  The Central Pollution Control Board also found heavy metals in the waste products from many other factories and linked this to the ink used to paint the bottles.  As Coca-Cola tries to expand their manufacturing plants in India, there is much opposition.

Today, various campaigns and petitions urge their governments to institute the sugar sweetened beverage tax.  In addition to the concerns about the health hazards of Coca-Cola, the Killer Coke Campaign also outlines abuse suffered by Coke workers in various countries, uncovering more justice concerns.  Furthermore, Boycott Coca-Cola calls for mandatory labeling for genetically modified foods and invites you to sign their petition.  As individuals, replacing our soda consumption with water is a simple change to move towards healthier and more environmentally friendly lifestyles.

As the case of Coca-Cola demonstrates, public health concerns and environmental injustices are often related and sometimes ignored in the name of economic growth.  As our world continues to globalize more each day, we must move away from this profit driven exploitation to an ethic that upholds the sanctity of our environment and communities.