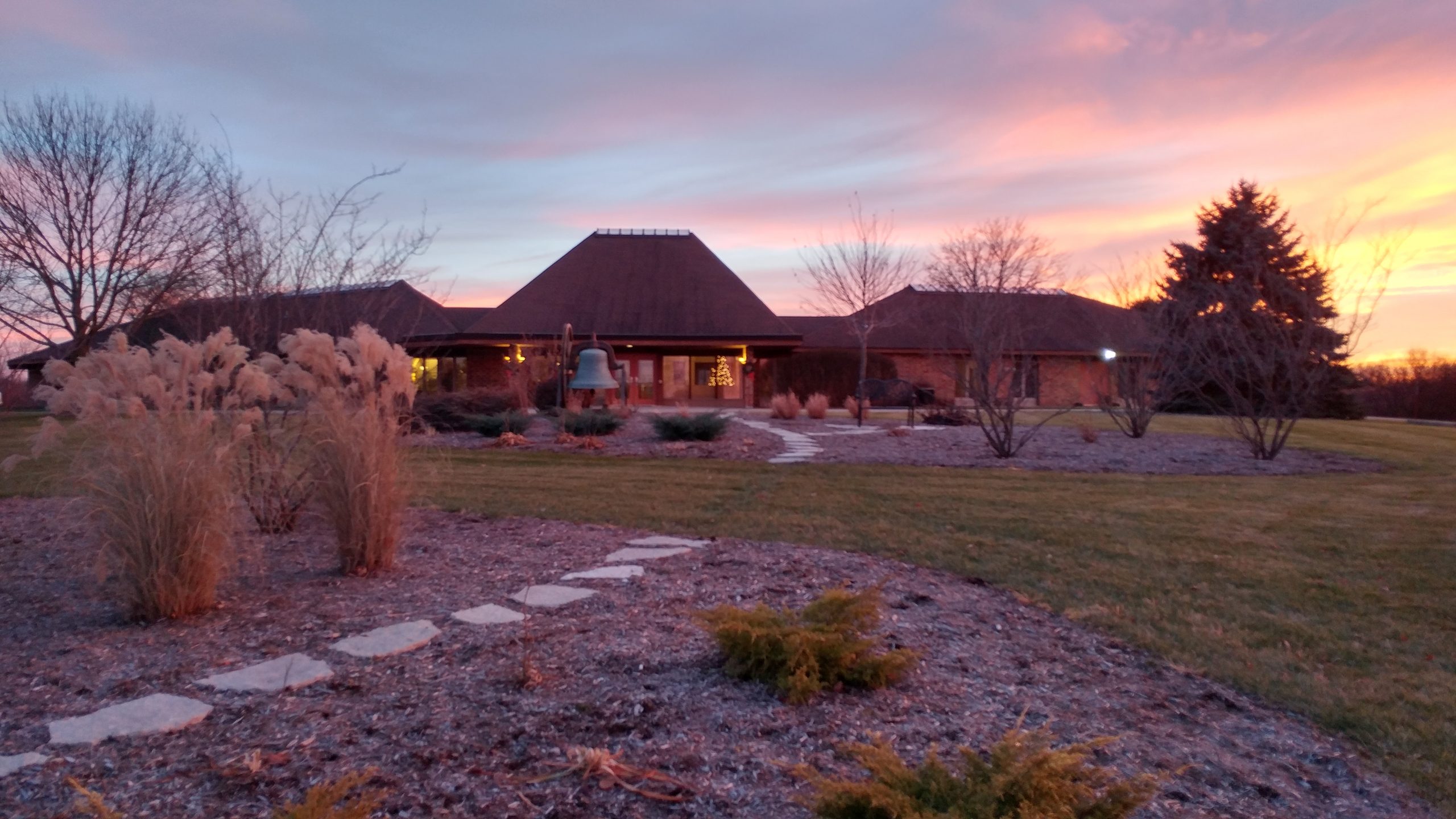 The Wisconsin Conference United Church of Christ (WCUCC) is making a major investment in creation care, with the installation of a large solar panel array on the roof of the Trost Center, the Conference office headquarters in DeForest, Wisc. The project, proposed by the Conference’s Creation Care Team, endorsed by Conference Minister Franz Rigert, and unanimously and enthusiastically approved by the Conference Board of Directors, is a very tangible model of the UCC’s 3 Great Loves initiative.

“One of the three Great loves is, expressly, love of Creation,” said Rigert. “We have no time to waste, and all of us must act now if we are going to preserve this planet for sustainable living in the generations to come.”

“The Creation Care Team and Franz see this project as a witness and example. We all need to do what we can, where we can to reduce our carbon footprint,” said the Rev. John Helt, a retired pastor and co-chair of the WCUCC Creation Care Team. “Global warming/climate change may be the largest moral issue humanity has faced. The church needs, in word and deed, to address it in faith. Putting solar on the roof is one thing we can do.” 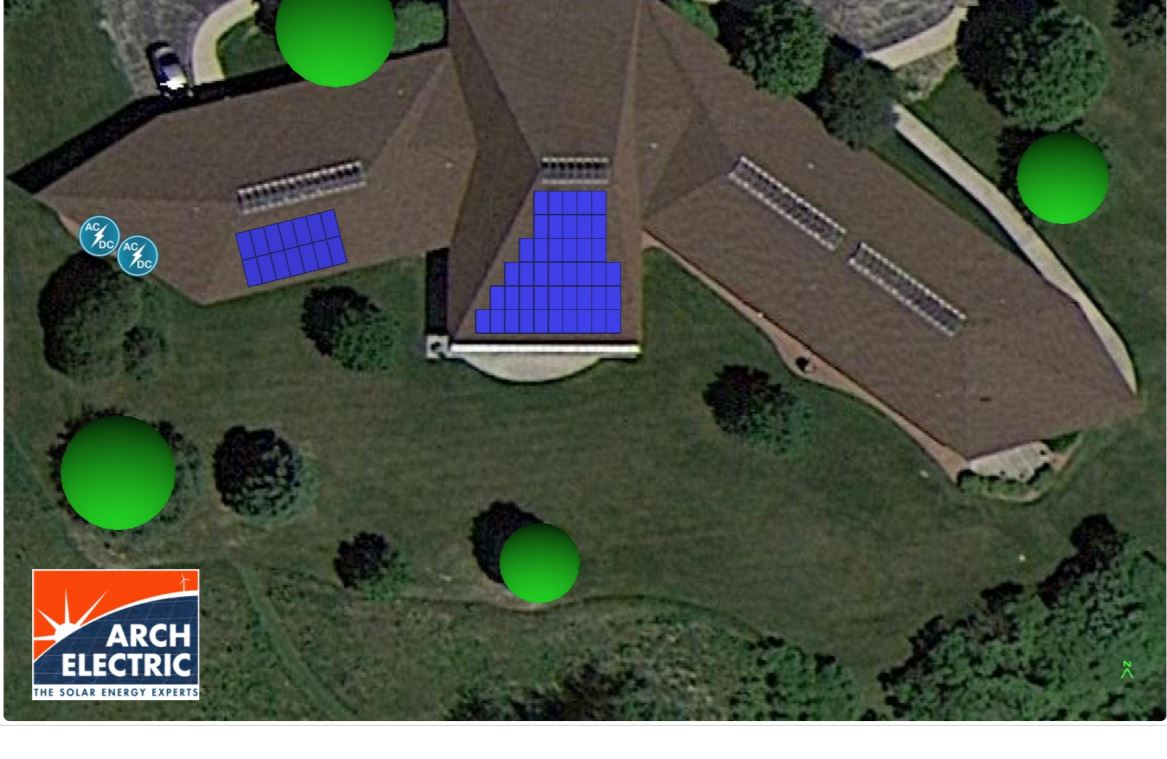 Beginning in late February, Arch Electric will start construction of the array on the Trost Center roof, using 57 photo-voltaic panels, which capture energy from the sun’s rays and convert it into electrical current. The WCUCC solar project will be a 19.95 kilowatt hour (kwh) array, a system which is expected to offset 74% of the building’s electrical usage and produce 26,800 kwh annually. The building currently uses an average of approximately 35,700 kwh of electricity per year, at a cost of around $4,600. Projected energy cost savings will be about $3,400 at today’s utility rates.

“Having experienced a solar array project in the local church, I understood the need to approach this project through both a financial and ideological lens,” Rigert said. “It makes sense in the long run – our Conference solar arrays will pay for themselves over a seven year time period through sharp decreases in our electric bill. The total cost of this solar project is $50,000, and we have received two grants totaling $14,000 – a Solar for Good grant of $10,000 and a Focus on Energy grant for $4,000. Thus, our net outlay is $36,000. We proposed the solar project to our Board, based upon a strong desire to model Creation care by investing in renewable energies and to practice wise investing for long-term cost savings.”

The environmental savings are also substantial. Helt noted that one kilowatt hour of electricity from a coal-fired power plant produces a pound of carbon dioxide, the greenhouse gas largely responsible for global warming. Based on that, he said the Trost Center system should keep more than a dozen tons of carbon from being pumped into the earth’s atmosphere each year.

“The project would not have happened without our Conference Minister, Franz Rigert, who encouraged the establishment of our Creation Care Team three years ago,” Helt said. He co-chairs the team with the Rev. Bob Ullman, another retired pastor. “We proposed solar to Franz a year ago, he began introducing the idea to the conference board in the spring, and we had their agreement to do it by last summer.”

“Our Creation Care Team is also developing educational materials and action items to help local congregations engage in the work of climate care,” Rigert said. “We are committed to the issues of earth care and eco-justice in the same way we are committed to racial justice, LGBTQ inclusion, and the movement to reform immigration laws and claim DACA children as full citizens.”

Outlining WCUCC’s plans for the solar array, Helt promotes “ending our obsession with burning fossil fuels, eating, consuming and driving in more sustainable ways, urging political leaders to recognize our role in contributing to and reducing climate change, advocating for lower auto and power plant emissions, and supporting renewable energy wherever we can.” He noted that he has solar on his home and so did the last church he served before retirement.

The team also shared a few informational links for local churches. “The website links are meant to help congregations get started,” Helt said. “Begin with a site assessment. Is your roof or some other place on your property situated properly to get full sun? Have you done everything you can to reduce electrical consumption – like insulation, LED lighting, timed or motion-sensitive switches, efficient HVAC – before you seek a contractor to ‘size’ a proposed system for you? One of the links provides a list of recommended solar contractors.”

Helt noted that the Trost Center, built in the 1990’s and named for then Conference Minister Fred Trost, was designed to resemble a bird, perhaps a dove, in flight. “The solar project will begin to allow the wings of our dove to absorb and use the sun’s rays in new ways, despite our brokenness.”

To learn more about solar energy and reducing energy costs for your church, home or business, visit any of the following websites:
Solar for Good – grants for churches and non-profit organizations
Project Sunroof – see if your roof is a good candidate for solar
The Energy Sage Solar Calculator – learn how much you could save