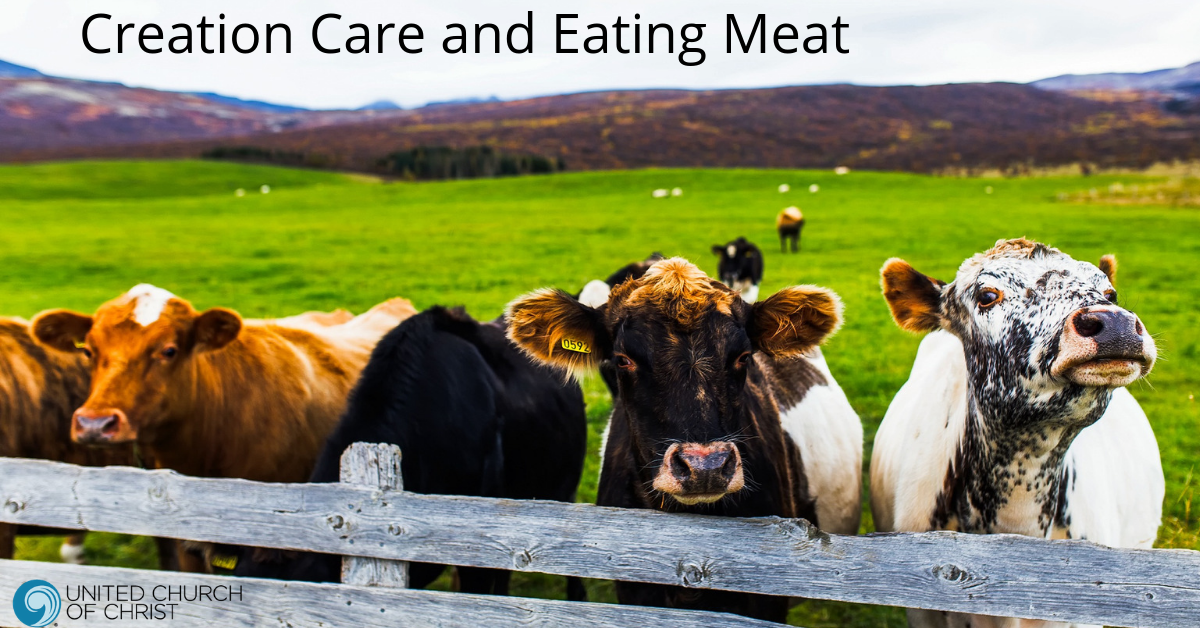 In the last issue of the Pollinator, an invitation was extended to readers to write a “Letter to Pollinators” in response to a prompt that highlighted two seemingly contradictory opinion pieces in the Guardian over whether those who care about the environment should stop eating meat. In response, we received the following letter from the Rev. Sarah Horton-Campbell of Common Life Church & Farm:

Pitting meat-eating versus veganism in the ethical diet dilemma is asking the wrong question. The problem with the typical American diet is not what food groups we eat or omit, but our reliance on industrial agriculture and the processed food industry. Eating local, seasonal food produced without toxic chemicals and byproducts is where we need to focus.

A vegan who eats local, seasonal food would produce a smaller carbon footprint than an omnivore who subsists largely on fast food and frozen or packaged foodstuffs.

An omnivore who eats local, seasonal food would produce a smaller carbon footprint than a vegan who eats mostly soy-based and coconut-based products, and out-of-season produce shipped from far away.

Produce shipped across the country or around the world has a sizeable carbon footprint from the fossil fuels expended in transportation. Eating produce grown locally without toxic chemicals and using sustainable methods has a smaller carbon footprint.

Both well-raised animals and produce can have a positive impact on the earth and contribute to reversing climate catastrophe because these practices help sequester carbon into the soil, clean the air and water, and build and retain healthy ecosystems.

I don’t care whether you’re a meat-eater or a vegan, pescatarian or paleo. If we want our diets to reflect our care for all of creation, we need to be serious about choosing our local, small-scale community farmers and producers over the shiny packaging of industrial agriculture and the processed food industry.