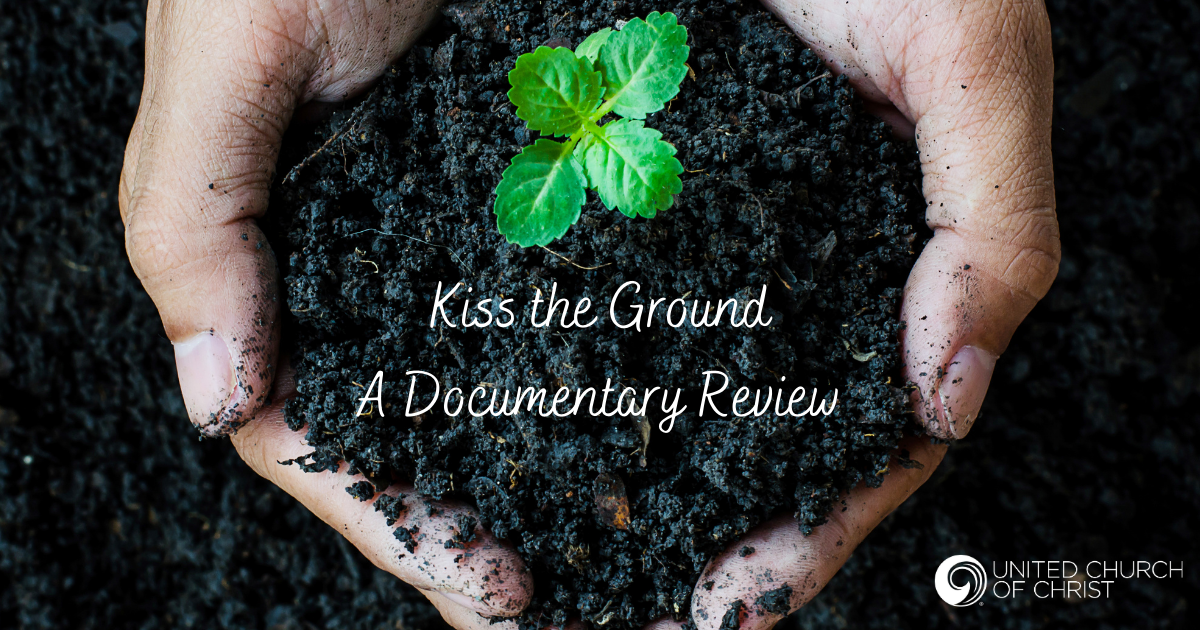 At the beginning of this Netflix documentary, the famous actor Woody Harrelson makes the following statement summarizing where we are at this moment in history: “Earth, it’s a great place to live, but when it comes to the future of our small planet, there is so much bad news about our planet, it is overwhelming. The fear that we are headed for a cliff puts most of us into a state of paralysis. But what if there was another path? This is the story of a simple solution, a way to heal our planet. In fact, the solution I am talking about is right under our feet, and it is as old as dirt.” And so, with these words, Harrelson immediately draws us into “Kiss the Ground,” a documentary focusing on growing our food in a way that builds and protects our precious soil and also draws back into the ground the carbon dioxide that is causing climate change.

The first half of this one hour and twenty-four-minute film tells us what has gone wrong with the way we grow our food, going back to the Dust Bowl of the 30s, and then moves forward to explain that over tilling and overusing pesticides and chemical fertilization is destroying our soil.

In the second half of “Kiss The Ground,” the film is guided by Ray Archuleta, a conservation agronomist, and Gabe Brown, a rancher who has been converted to regenerative agriculture. We are taken on an amazing journey of hope that we can reverse desertification and also solve climate change by dramatically changing the way we farm.

In my opinion, the segment of “Kiss the Ground” that tells the story of Gabe Brown’s conversion from destructive farming to regenerative farming is the best and most instructive part of this story. Gabe is, above all things, practical. He was losing money, and his soil was eroding. He actually went back and read Thomas Jefferson’s journals to try to understand how farmers grew crops without pesticides and chemical fertilizers. He learned about regenerative ranching and turned his ranch around. Now he is an advocate of the power of regenerative agriculture and tries to convince his fellow ranchers to follow in his footsteps. He shows you step by step how he brought his soil back. He explains how to restore the natural water cycle that farmers have been losing and how good soil sequesters carbon back into the ground. He points out that if you want to raise cattle, you have to get them out of the feed lots and back to the farm, or as they say, “You have to “keep the poop in the Loop.”

Kiss the Ground ends with a dramatic segment of pictures of large tracts of land throughout the world where desertification has been reversed.  As John Liu, an ecologist from the Land Foundation says, “So let’s restore a little bit of paradise every day.” “Kissing the Ground” leaves the viewer feeling a profound sense of hope for a sustainable future where everyone has the food they need, and we can reverse climate change.  It is now available on Netflix.

Bill Bross is a member of Mountain Rise United Church of Christ in Fairport, New York.