Speak Out Sunday
October 2018
As part of Domestic Violence Awareness Month, Speak Out Sabbath is an interfaith advocacy weekend coordinated by the We Will Speak Out Coalition. Clergy are encouraged to engage in speaking out against sexual and gender-based violence in an intentional and faithful way during worship with their congregations. Worship resources, sermon starters, litanies, and children's resources are being updated and added daily. Learn more. 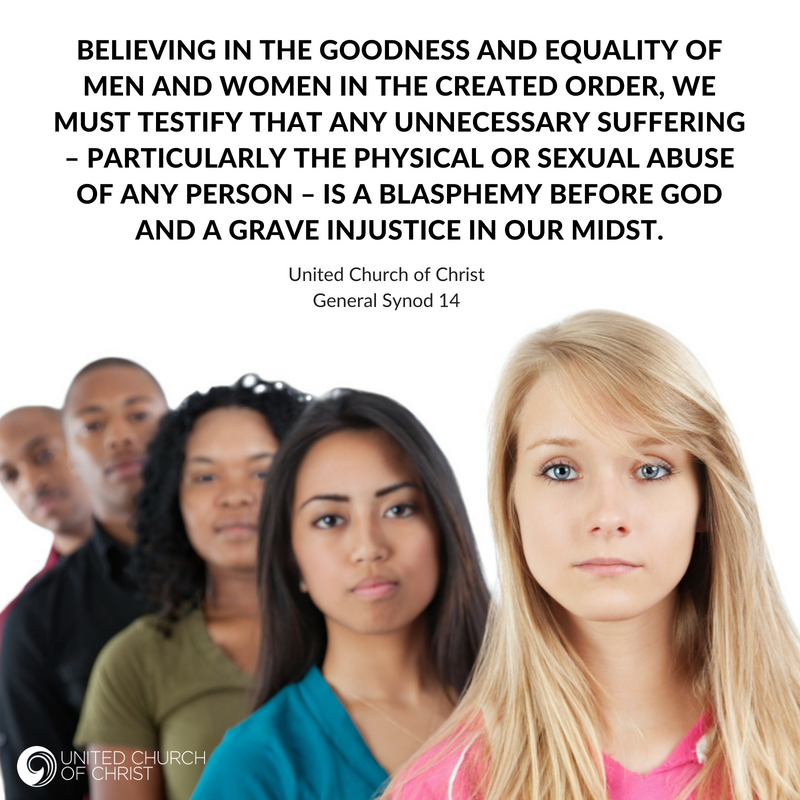 Here are some resources geared toward teens for health sexuality education and anti-violence awareness and training."

We are people of the New Covenant: Jesus' teachings call us to oppose violence and abuse at all levels of our life. His attitude toward women and children was one of compassion and caring, and his outrage at the abuse he saw in the Temple surely parallels our outrage at violence against the most sacred of temples, the human person.