Writing and Approving the Covenant 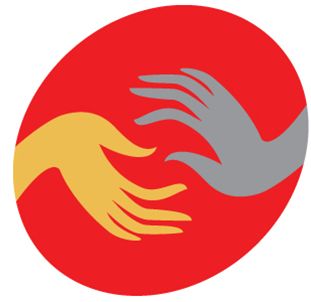 Write the vision; make it plain on tablets, so that a runner may read it. For there is still a vision for the appointed time; it speaks of the end, and does not lie. If it seems to tarry, wait for it; it will surely come, it will not delay. Habakkuk 2:2b - 3

How to go about writing and approving the covenant will depend on each congregation. Some congregations are more formal and procedural while others are more informal. The following process is a suggested method. Either use it as is or adopt it to incorporate what will best work with a particular congregation’s culture and style of operation.

Here is a overview of the process. Details of each step are below.

1. Provide time for learning and discernment on the issues of economic justice.

2. Move to the writing phase.

3. Seek input on what being an Economic Justice Church will mean for the congregation.

4. Write the first draft of the covenant.

5. Share the early drafts with key leaders and the congregation.

6. Seek approval for the final draft.

7. Share the final draft with the congregation and make a decision.

8. After the vote, celebrate!

9. Identify your church (or other setting) as an Economic Justice Church.

1. Provide time for learning and discernment on the issues of economic justice.

This phase could take some months and should not be rushed. Members will engage in worship, prayer, and Bible study on these topics. They will embark on new experiences and friendships that cross lines of class and race. They will explore personal choices and lifestyles that impact economic justice.

In a materialist culture where the economy is dependent on consumption, this journey will take many members of the congregation into unfamiliar territory. Some may need time to reflect, consider, and live into new ways of seeing and living. Some will want to explore new thoughts and feelings within a supportive group environment. The idea of working to change economic structures may be threatening to some. Fears, doubts, and questions must be addressed before the congregation can make a decision about its future.

2. Move to the writing phase.

Once the issue of economic justice is addressed through worship, learning, and discernment, the planning committee can request your church governing body to approve the writing of an economic justice covenant.

3. Seek input on what being an Economic Justice Church will mean for the congregation.

These steps can help to facilitate these conversations:

4. Write the first draft of the covenant.

The planning committee can write the covenant itself, or select a writing committee. The covenant can be a revision of one that already exists or entirely new. In either case, base it on your congregation’s insights and concerns. Include the ideas that have surfaced in the conversations about what this will mean for the future work of the church.

The covenant could be short or long, detailed or more general. You might want to write a covenant that is timeless, as applicable in five or ten years as it is today. If so, the covenant might express the congregation’s commitment to write and approve a more specific statement, a “work plan,” each year or two about how the covenant will be implemented over that time period.

Other elements that might be included in the covenant:

Finally, once all the essential elements of your covenant are included, short and simple is probably better than longer and more complicated.

You can view covenants of congregations that have become Economic Justice Churches.

5. Share the early drafts with key leaders and the congregation.

Take the first draft to key people, ministries, and committees in your church for review. Once their comments are incorporated, a second draft can be widely circulated for input from members of the congregation and all church committees and bodies.

Once a first draft is written, provide copies for review to key people (pastor, moderator); ministries; and committees, including the congregation’s social justice committee; and consistory or governing body.

Prepare a second draft that incorporates their feedback. This draft can be widely circulated for input from members of the congregation and all church committees and bodies. Go to the meetings of the youth and young adult groups to get their input. Visit the junior and senior high Sunday school classes. Go to meetings of the women’s and men’s groups to get their feedback. Visit with the missions committee, trustees, and deacons. Share it with other special groups and committees.

6. Seek approval for the final draft.

At this point, the draft covenant is near its final form. In some congregations you might want to seek approval from the church governing body one last time and obtain its consent to move toward a decision on whether to become an Economic Justice Church. Select a tentative date when the congregation will make its decision.

7. Share the final draft with the congregation and make a decision.

Widely disseminate the written version of the draft covenant. It can be printed in the Sunday bulletin on a number of Sundays, and in a monthly newsletter. Copies can be available in the fellowship hall and narthex.

Then engage the congregation in conversation about it. This could happen in you-all-come gatherings before and after worship or during the evening. Seek out places to share the covenant and the plans for what it will mean for the congregation and its work in the world.

At this point, hopefully, the content and form of the covenant should be set and changed only for reasons of grammar or editing improvements. But if substantive changes are needed, another draft can be created and again shared for feedback.

8. After the vote, celebrate!

9. Identify your church as an Economic Justice Church.

Plan to post the covenant in a prominent and highly visible location. Also add the designation “An Economic Justice Church” to signage, church letterhead, the Sunday bulletin, and other places both as a witness to the world and to remind the congregation of the commitment it has made.

The planning committee has two more things to do as its last official acts. First, be sure that a group is elected or appointed to begin implementing the actions called for in the covenant. See Living Out the Covenant.  Second, share with Justice and Witness Ministries the news that your congregation is an Economic Justice Church and send a copy of your covenant to JWM by e-mail or calling (toll-free) 1-866-822-8224, ext. 3700. Your church’s covenant will be posted here.

One congregation has already been through this process, United Church of Chapel Hill in North Carolina. Read their story and their covenant.