The Privatization of Prisons

The prison industrial complex refers to the tremendous growth in commerce to private companies that own and operate prisons, and to businesses that supply prisons with goods and services. 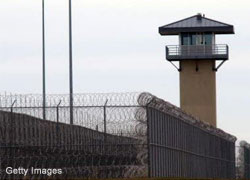 These companies have a strong lobbying base, and present themselves as jobs-creators and an effective solution to issues of unemployment, crime, and other social problems.  However, private businesses that serve, operate or own prisons are like other business entities.  Their first priority is not rehabilitation, nor is it reduction of crime.  These are public interests, and require public accountability.

Today, prisons are a big business.  Until recently, they have been a growth industry, especially in rural areas with small populations and little other commerce.

The prison population, which tends to be sicker and more troubled than the general community, must be fed, clothed, housed and supervised.  Prisons represent a market for locks, construction, transportation and surveillance equipment.

Partly in response to the high cost of housing a burgeoning prison population, there is a growing trend to privatize prison management and ownership.  For-profit entities have tended to take on minimum security facilities – the least expensive – and to reduce programs to save costs.  A key issue in privatization is reduced public access, accountability and control.

"Mass incarceration on a scale almost unexampled in human history is a fundamental fact of our country today—perhaps the fundamental fact, as slavery was the fundamental fact of 1850.  In truth, there are more black men in the grip of the criminal-justice system – in prison, on probation, or on parole – than were in slavery then.  Over all, there are now more people under 'correctional supervision' in America – more than six million – than were in the Gulag Archipelago under Stalin at its height."  —Adam Gopnik, "The Caging of America," The New Yorker, January 30, 2012