Isaiah 35:10 (NRSV) And the ransomed of the LORD shall return, and come to Zion with singing; everlasting joy shall be upon their heads; they shall obtain joy and gladness, and sorrow and sighing shall flee away.

Officiating at my brother’s wedding will always be one of the highlights of my life. 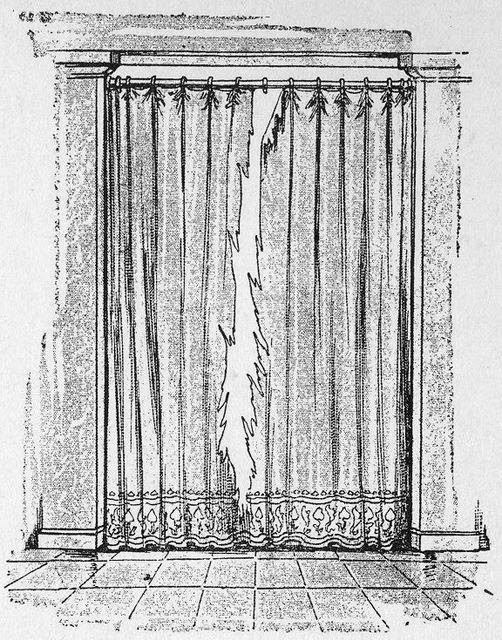 Immediately after the state of New York made marriage equality the law, my brother called me to say he and Chris were getting married and they wanted me to be the officiating minister. Without any hesitation, I accepted their invitation, and together we began to envision the wedding and to celebrate what this meant for them and for so many other people in their circle of love.

Not long after this conversation, the scripture passage and thoughts for my homily became evident to me. I knew these would be given to me by the Holy Spirit. But the fact that they came so soon was an additional surprise bringing relief and joy to my heart.

“At that moment the curtain of the temple was torn in two, from top to bottom. The earth shook, and the rocks were split. The tombs also were opened, and many bodies of the saints who had fallen asleep were raised” (Matthew 27:51-52).

The curtain or veil of the holy of holies was torn in two. For me, this graphic depiction of what happened after Jesus breathed his last breath is not to be taken literally but rather symbolically. I beheld in these words a profound meaning for Jose and Chris, for this holy moment in their lives, and for marriage equality.

With marriage equality, the curtain separating those who could marry and those who couldn’t marry was torn in two, from top to bottom. And suddenly Jose and Chris could step into this act with all the power and privilege of their God-given rights to love publically and legally and, more importantly, freely. I proclaimed in the homily “today you can walk into the holy of holies” just as you are before the eyes of all, with the “earth giving witness” to this precious act. My conservative, traditional Pentecostal parents witnessed this moment from the front row – my dad in his tuxedo and my mom in her elegant gown.

Yes, “rocks were split”, too! With the fight for marriage equality, and its achievement, old ideas were also torn asunder – that is, they were split open to allow for a new way of being the human community.

And we danced all night long while “the tombs also were opened, and many bodies of the saints who had fallen asleep were raised”.  Many who had longed for this kind of a moment for their own lives and the ones they loved but had passed on before they could live it were rising up to dance with us.

I’m telling you the curtain was torn in two, the earth shook, rocks were split, and the saints joined us in holy celebration!